The Call For Second Partition Of Bengal: What Does It Mean For Mamata Electorally? 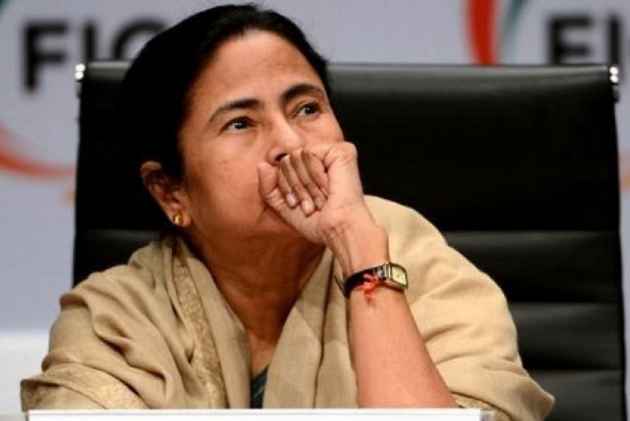 Pre-election West Bengal, sometime in May 2011:  “Darjeeling can be the Switzerland of India,” Mamata Banerjee declared. Her party, the Trinamool, was then in the Opposition. The ostensibly innocuous remark was really part of the scathing criticism she had unleashed against the Left Front government, then in power, which had been unable to come up with a solution to the decades-old problem in Darjeeling, the world-famous hill station in northern West Bengal, where the Gorkhas, a majority ethnic group with Nepalese ancestry, had been demanding a separate state.

While then Communist government refused to give in to the demand for “Gorkhaland” as the separatists named it, Banerjee without openly expressing her own views on the creation of a separate state carved out of West Bengal, wooed the locals of that area with the idea that if she was voted into power and made chief minister, she would shower the picturesque, if neglected, Darjeeling with the attention it deserved and turn the world’s focus on it as a second Switzerland of sorts.

“What does Switzerland have that Darjeeling does not?” she thundered rhetorically during one of her campaign speeches in 2011. “It has everything…beauty, majesty and serenity. But not just a center of attraction for tourists, it also has invaluable resources. Let us not forget that the world’s best tea is produced in Darjeeling.” And then, launching her invective, she had continued, “But unfortunately it has fallen into the hands of the wrong government who has treated it with utmost indifference.” She vowed to the people of Darjeeling that if she were to become the next chief minister she would stop the “step-motherly” treatment.

Cut to late night June 8, 2017: an exodus of sorts seems to be taking place from the hills of Darjeeling. In the light of the pale yellow moon filtering through tall mountain pines that hissed in the cool, crisp air, one could see hundreds of tourists cram themselves into any vehicle they, their families and friends, could find space in. Fear in their eyes, they are desperate to escape. But what could have transpired literally overnight that made them want to flee, cutting-short their holidays which they had so meticulously planned days ahead?

“It was very scary and we did not want to be trapped up there overnight,” Neha Talwalkar a social worker from Mumbai said. “We had booked a hotel in Darjeeling for the whole of next week but the political situation suddenly turned violent. Vehicles were being burnt. There were clashes between the police and mobs of people. Curfew was imposed and even the army was called in. It resembled a war zone.” Travelling through the night, she, her husband and ten-year-old son reached the town of Siliguri at the foothills of  Darjeeling, at the crack of dawn and slept on the sofa of a hotel, which had been overbooked with people who fled Darjeeling.  “We are catching the next flight back to Mumbai.”

Hotels in Siligur were renting out rooms to harried tourists just to take showers and sleep for a few hours. “There is such a sudden rush, we are even having to encourage our guests to check out early,” admitted a staff of a resort.

“Darjeeling is crying. It is howling in fact,” quipped Opposition party leaders, mocking chief minister Mamata Banerjee’s proud declaration that since she came to power in May 2011 “Darjeeling has been smiling.”

Indeed, two of Mamata Banerjee’s most pre-election Oppostion-pilloried statements had been that one, she would turn Calcutta into some kind of London and two, that she would turn Darjeeling into a Switzerland of sorts. Though she had meant neither literally but merely that each had the potential to draw comparisons with these internationally-admired cities and countries and command a similar kind of respect worldwide if an able administrator were to take over its governance and maintenance, the Opposition has not let slip any opportunity to make her see that as far as Darjeeling is concerned it is not THAT easy to turn it into a Switzerland.

Darjeeling’s chronic political volatility places it in in the polar opposite of Switzerland, known for political neutrality and the ensuing peace and stability that that bring. The Indian hill station, close to the Nepal border, has been in the grip of a separatist movement for decades with the ethnic majority group, the Gorkhas – who are closer culturally and linguistically to Nepal than the Bengalis of southern West Bengal – wanting a state of their own based on identity. “If Telengana can be formed…if Chattisgarh, Jharkhand and Uttarakhand can be formed, why not Gorkhaland?” Roshan Giri, of the Gorkha Janmukti Morcha (GJM), the political party which leads the movement, asked rhetorically speaking to Outlook.

While the issue has divided the people of Bengal into for and against “partition of Bengal” (which is the more important objection of those against it than the idea of “creation of Gorkhaland”) the political rulers of Bengal have categorically ruled out the possibility. The greater part of the reign of the former Left Front government had been plagued by incessant strikes and protest rallies held in Darjeeling by the Gorkha cessationists then led by Subhash Ghisingh, under whose leadership, agree locals, “life had come to a crippling standstill.” Former Bengal chief minister Jyoti Basu’s attempt to solve the problem resulted in several tri-partite talks between the Gorkhas, the state and the Center, at that time led by Congress. A “peace” treaty was signed according the Gorkhas administrative autonomy though not statehood. Ghisingh was subsequently rejected by the Gorkhas, who accused him of “selling out” and his deputy, Bimal Gurung, said to be not literate though a powerful leader was chosen to represent the movement.

It was with Gurung that Mamata Banerjee signed a similar “peace” treaty granting the Gorkhas territorial administrative or GTA status, one of her first moves since she came to power in 2011. Indeed finding a solution to the Darjeeling problem was so important to her that she created a separate North Bengal portfolio in her cabinet and appointed one of her most trusted party leaders, Gautam Deb, as the minister. For a while the protest, demonstrations and rallies and strikes stopped. Since then she has been claiming that peace has returned to Darjeeling.

But that this was just a temporary lull before a fiercer storm swept through Darjeeling should have been obvious to anyone who bothered to note two or three minor though important details.

One. Before the elections Mamata Banerjee cleverly evaded addressing the issue of the demand for a separate state by the hills people. She had attributed the disgruntlement of the Gorkha people to the CPIM government’s lack of initiatives in the hills where “development” in terms of infrastructure, employment, educational and even medical facilities had remained a no-show since Independence. Government schemes for food, housing, etc, had often benefitted only those affiliated to the ruling political party, where Gorkha representation was nominal. While the lack of development may have played a part in the demand, the real issue was “identity” and only cessation would pacify that need. And Mamata Banerjee is vociferously against the division of Bengal.

Two. In the GTA accord the Gorkha leaders managed to retain a clause they were NOT giving up the demand for separate statehood.

Three. A similar temporary lull in violent protests and strikes had descended on Darjeeling after Ghising signed the deal. The peace was precariously balanced and Darjeeling erupted in flames at the slightest “provocation”.

So what was it that triggered the current ignition? It was Mamata Banerjee’s announcement that the Bengali language would have to be made compulsory in schools across Bengal. Gurung objected but Mamata overruled his objection.

Darjeeling has been a difficult problem for the state government to solve. The BJP, even before it came to power in the center in the elections of 2014, had seen in this problem an opportunity to make an entry into the state. Former BJP heavyweight Jaswant Singh, who had little to do with Bengal, had contested the Parliamentary elections from the Darjeeling constituency and won because he gave the Gorkhas the idea that he was all for carving out a separate state.  The BJP has since held the Darjeeling Parliamentary seat with Alhuwalia being the current MP from the constituency.

Many of Bengal’s liberalists are not opposed to the idea of creation of Gorkhaland. But their critics dismiss them as those “traitors who would even support the cessation of Kashmir.” But a professor of political science from Calcutta’s Jadavpur University said, “While not wishing to comment on the merits of the Kashmir debate, let me point out that the Gorkhaland issue is different from the Kashmir issue, where an enemy nation is perceived to be involved in inciting the demand for separation. This is the demand for creation of a separate state within India based on identity.”

Other Bengalis, proud of Darjeeling, are loath to give it up. “Bengal has been divided time and again and Darjeeling is our most precious possession,” says a student of Jadavpur University, a Bengali. Even celebrated author, the late Sunil Gangopadhyay, who had written extensively about the emotional trauma he personally experienced during the partition of Bengal when his family had to flee from East Bengal to West Bengal, had replied to the question with a rhetorical question, “Bengal to be divided yet again? No, no. Please not again.”

But Mamata’s unequivocal rejection of the idea of partitioning Bengal yet again – even if for the creation of just another Indian state – stems not just from her love of Bengal, Bengali or Darjeeling. As a political analyst observes, “She has to walk the tightrope. The majority of Bengalis both in that region as well as the rest of Bengal are opposed to the division of the state and politically and electorally she cannot antagonize them.”

And so even if Darjeeling’s smile has been replaced with an angry frown and a smirking Opposition, it is still better as far as she is concerned. Because it will be she who will laugh all the way to the (vote) bank.