The Captive Cages of Bengali Theatre 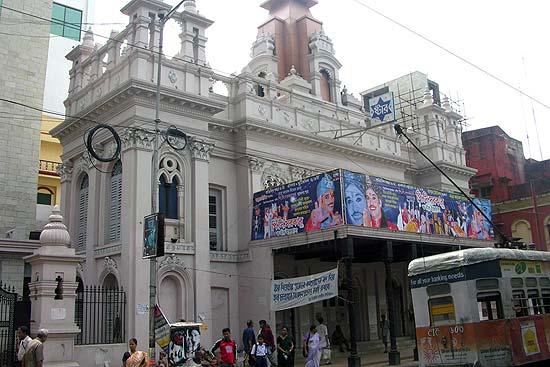 It was no coincidence that the great Bengal Famine of 1943-44 (a man-made famine leaving 5 million dead in the rural Bengal and millions thronging the streets of Calcutta for a handful of rice) and the formation of the Indian People's Theatre Association (IPTA) both happened in the same year. The Indian freedom struggle was at its last leg then and many practitioners of art including Prithviraj Kapoor, Bijan Bhattacharya, Sombhu Mitra, Ritwik Ghatak, Utpal Dutt, Salil Chowdhury and Debabrata Biswas to name a few used theatre as a weapon to voice their anger at the social discrimination. Bijan Bhattacharya's Nabanna happened in 1944 and changed the history of Bengali theatre once and for all. For the first time, a true political play was written and performed on the Bengali stage. Nabanna used non-actors, from the different walks of life since they believed theatre was not special — it was indeed part of daily life. Again it may be quite intriguing if we realise that the Italian neo-realist movement started at almost the same time and dealt with the same urge to counter popular mainstream ideas and processes.

With the huge success of Nabanna, the existing commercial Bengali theatre of North Calcutta (which was famously known as the 'Sadharon Rongaloy' and had seen the legendary Sisir Kumar Bhaduri as one of its leading stars) became bankrupt. With the Indian independence, the partition of Bengal, the acceptance of cinema as a potent medium of expression (through the likes of Satyajit Ray, Mrinal Sen and Ritwik Ghatak) what emerged in the theatre space of Calcutta was the Group Theatre. The communist whitewashing of the intellectual mind had already started by then and more often than not theatre was one form which remained a site of political identity and hence cultural experimentation. Bengali cinema had always remained faithful to its bourgeoisie lineage — there had been some alternate streaks in the realm of literature — but in theatre the fringe itself was the centre, metaphorically. The productions which drew heavily on adaptations — Chekov, Bernard Shaw and Bertolt Brecht and a few others —  had minimal stage design and were successful to create a bridge with the audience albeit the Bengali, middle-class, educated intelligentsia only.

However if we look at the hapless state of Bengali theatre today, it will not be too inaccurate to concur that where cinema could survive, theatre failed — the market economy. The experimenting, 'art' cinema had gone through a series of resurgences and oblivion but the medium of moving pictures was never put to threat. With the commercial theatre already dead the medium of theatre as cultural expression faced the threats of extinction relying solely on group theatre. One of the primary reasons for the slide down can be attributed to the self-proclaimed role of a social reformer in most of the later group theatre productions.

With the Naxalite movement of the '70s the Bengali audience changed. The romantic youth had to pave way for the angry young man in the popular space, the city was up in flames and the didactic, preachy theatre soon found itself disconnected from the audience. The problems were compounded by the fact that there had never been a tradition of a series of worthwhile dramatists in Bengali culture. None of the popular Bengali writers since the '50s spent time writing plays with the purpose of them to be staged. The reliance was solely and in most cases completely on the Western plays and as time progressed the Bengali adaptations started becoming poor or irrelevant in the contemporary socio-economic context.

The '90s saw the television boom, the Y2K boom brought the internet. Cinema had the divide long back —  the tussle between mainstream and parallel — until the mainstream gobbled up the other voice. Yet, just because cinema as a medium survived the onslaught, the Indian Indie cinema has now started to bring in hope of alternate modes of story-telling. Unfortunately, Bengali theatre steadily marched to a decline — the practitioners either use it as a stepping stone for television serials and then to cinema or they have to rely on some other profession to keep their love for theatre burning. This lack of professional theatre practitioners proves the state of dilapidation.

So where did it go wrong? Probably, the death of popular was the main reason. The infrastructure of theatre was never looked into with a proper business mindset for which the viewing experience had rapidly changed from bad to horrible. The lack of viewers prompted most of the productions to keep the ticket charges at a minimum which didn't help the cause either. Whereas a Mumbai or Delhi theatre group can think of a ticket price ranging between 500 INR to 1500 INR, a Kolkata based Theatre production can at most think of having the highest slot of tickets priced at 200-300 INR, the lowest being 50-60 INR or even less.

The majority of the groups however still stick to the philosophy of lower ticket price meaning better affordability for 'all' to watch. Where they probably lost the plot is in living in a cocoon and believing that art is for 'all'. No it is not, mister. And by 'all' you mean a certain city-bred intellectual class who pay 2-3 times that price for an even shittier Bengali cinema churned out on extra-marital relationship dipped in the sauce of nostalgia. So whom are we fooling? The point of conjecture could have been the ways by which the conditions of most of these halls be improved so that a viewer does not find his/her experience inversely proportionate to the amount he/she is paying to buy tickets, as is the case now.

The basic problem hence is in the definition of theatre as an 'art-form' that need not 'sell'. This hypocrisy is an urban decease that breeds from a sense of aloofness, a misled sense of superiority and a complete neglect and ignorance of a Bengal outside of the city of Kolkata. Bengali theatre cannot afford to linger in its high-brow superlative state, it has to analyse the failures of the popular commercial theatre and try to take steps in reviving the same. The mainstream is a cruel and result-oriented market but it has also provided space for alternate voices to be spoken and heard, every time. In the ultimate longing the Bengali stage needs her audience back — to free her from the blind cages in which she finds herself captive today.

One For The Road