Is there life for the Congress beyond its first family? Can the party avoid splitting into various factions without the glue of the Gandhis? 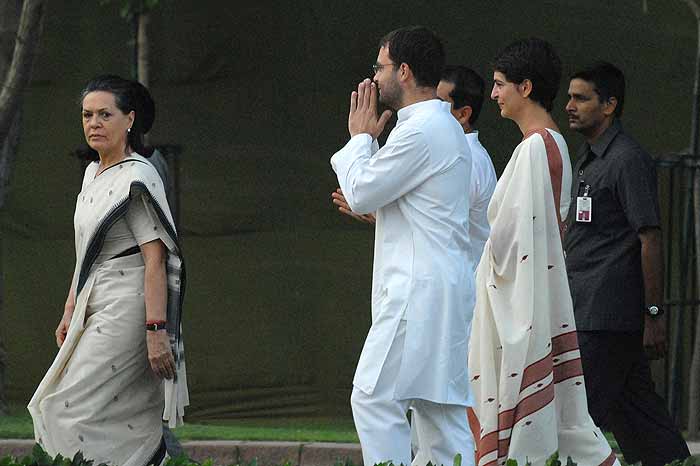 Last week on a television programme, the sharp lady anchor asked me what advice I would give to Congress vice-president Rahul Gandhi. Now, while I doubt there are few amongst our 1.2 billion who have not given gratuitous advice to Rahul, her question momentarily stumped me. “Er, er, er,” I stuttered, unable to frame a coherent answer, and asked, “Can I pass this one?” Of course, she didn’t let me off.

Who would be Rahul Gandhi today? The entire country is offering him advice. If Rahul went to a restaurant in the Oberoi hotel, the waiter would probably give him a few tips. If the Congress vice-president has locked himself in his Tughlaq Lane residence to escape the avalanche of well-intentioned but tedious guidance, who can blame him. Oscar Wilde said, “The best thing to do with good advice is to pass it on.” That, I suspect, is what Rahul is doing.

With a million mutinies brewing in the Congress—one day P Chidambaram suggests he should interact with the media more often, the next day his son Karti urges him to lay off state units; Digvijaya Singh, at least once a fortnight, has some ideas to offer; GK Vasan, in his parting piece, throws in a few nuggets of wisdom; Sandeep Dikshit, the new Congress Cassandra, has a ‘personal’ view on what Rahul should do; obscure partymen from Kerala ask him to quit ... Oh, I forgot. Shashi Tharoor, who demonstrates his loyalty to him by praising Prime Minister Narendra Modi twice a month, tells him he has the solution for the party’s problems if only somebody would listen.

Before I submit my one-rupee worth of sage counsel, I thought it might be useful to consider the state of Rahul’s mind: Acutely confused and bewildered, I should guess. In the circumstances if he reacts petulantly or with annoying insouciance to the crisis in his party, it would be understandable.

People will talk. People will draw their own conclusions. “The reluctant prince”, “The disinterested heir”, “The assassin of the dynasty”—are what he is charged with.

But we should also enquire if mother, daughter and son are ignorant of the seriousness of the situation? Do they believe a fairy godmother will one day remove Narendra Modi and deposit him on Cape Comorin? Give them some credit. They surely recognise the prospect of the party sitting on the Opposition benches for a decade or more, aside from the prospect of having the dubious privilege of performing the last rites on what the Economist called “the most successful dynasty of modern times”. The family knows they are sitting on a ticking bomb. The mystery is why they are not dismounting. I don’t profess to know the answer, but let me try to shed some light.

With Priyanka Gandhi hobbled by the spouse factor, with Sonia Gandhi in poor health and desperate to swiftly crown her son, the dynasty has just one card to play. It may be a good or bad card, or even the joker, he is the only card they have. The party is not spoilt for choice. Sonia Gandhi is determined not to let Priyanka join politics full-time, she would remain confined to the family fief in Uttar Pradesh.

So, we are left with Rahul Gandhi as the sole saviour. Trying to understand Rahul has become a national sport since May 2014. The overwhelming consensus of him being a failure is widely acknowledged and not worth debating. Why he has become a failure is a much more interesting area for investigation. After all, he is bright, well-educated, intelligent, has a ‘vision’ for India. Indeed, one could argue he seems more competent than most of our rulers.

Unfortunately, the dynasty scion has nothing but defeat stalking him ever since he became an MP and later No. 2 in the Congress. Failure need not be a permanent affliction if one follows the advice of Irish playwright Samuel Beckett: “Go on failing, only next time fail better.” Besides, Rahul is no shirker. In the past 10 years he has worked his pants off—riding pillion on a bike to avoid the police, spending nights in Dalit homes, campaigning relentlessly in the summer heat and dust … And what does he have to show for the hard labour? Except for one mini-success in 2009, he has led his party to a series of electoral disasters. Who will forget that heart-rending scene after the 2012 Uttar Pradesh elections when he met the media and took full responsibility for the humiliation? As he walked away from the assembled journalists, Priyanka put a consoling arm around him in a poignant gesture of filial solidarity. It was one of the few times politics looked human. 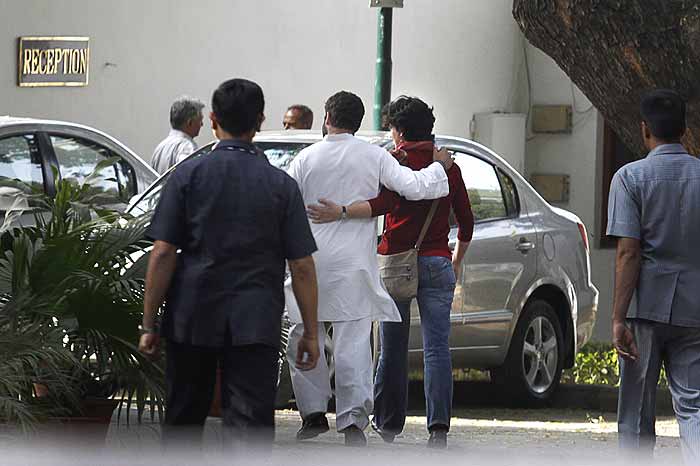 As the Congress considers its bleak future, it has the luxury of just two options. One, by some divine intervention Rahul acquires an appetite for his job and turns into an inspirational general who can lead his demoralised and depleted troops to some minor victories. If the status quo persists, India’s oldest political party will swiftly write itself into total irrelevance.

Two, Congress dumps the family. Many party persons would get heart attacks merely contemplating such an eventuality. Alas, the time has come to think the unthinkable. Is there life for the Congress beyond its first family? Even this possibility carries a Catch-22. Can the party avoid splitting into various factions without the glue of the Gandhis? If you can answer the last question you deserve the Nobel Prize for politics.

This first appeared in the Hindustan Times