An impartial investigation into Robert Vadra’s questionable land deals is the last thing the government wants at the moment. Proving that Ashok Khemka erred in taking action is its uppermost priority. 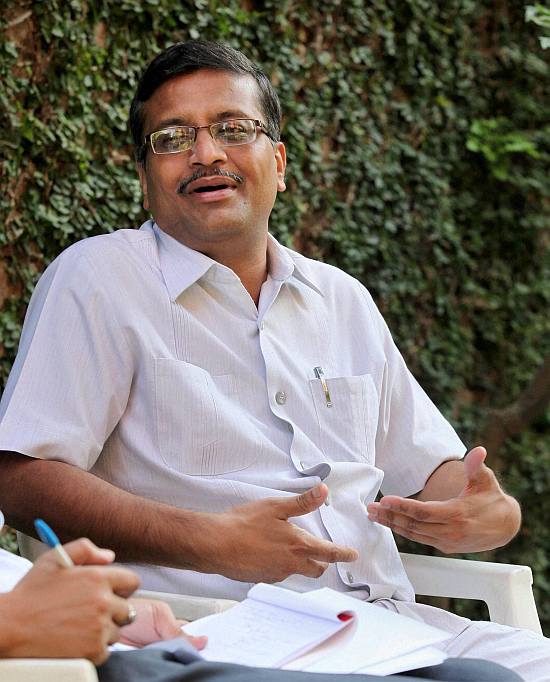 To say that Ashok Khemka, the IAS officer from Haryana who lifted the lid from the questionable favours shown by Haryana government to Robert Vadra, is the proverbial  cat among the pigeons describes the current state of panic in the present power dispensation in Haryana, that otherwise enjoys a special status with the Congress party’s central leadership. The unease is equally shared by the opposition parties of Haryana, led by Om Prakash Chautala’s Indian National Lok Dal (INLD), because favours exchanged between real estate developers and successive governments in this state, that has a substantial chunk of its area in the NCR, have been a given for long.

Lost in the din of Khemka’s transfer, following his action of cancelling a mutation for land in Shikohpur village of Gurgaon sold by Vadra to DLF, is the issue of vast discretion wielded by the government though its Town and Country Planning (TCP) and sister departments  in permitting change in land use (CLU) of agricultural land for urban development and exemption from acquisition. It is this CLU/licence that caused Vadra’s land to appreciate in value from Rs 7.9 crores to Rs 58 crores in just 65 days. Change of land use is the single biggest hurdle that ordinary farmers encounter if they wish to utilize their lands for colonization because, they lack the clout and the means to get the elusive permission. This is where middlemen come in and real estate developers freely utilize their services to get the tedious clearances required before a piece of land is actually developed.  At a time when the government is using the argument of eliminating middlemen in purchase of agriculture commodities to push for foreign direct investment in multi brand retail, elimination of middlemen in real estate development has not got the attention it deserves. Consider for a moment the possibility of the CLU premium going to the end consumer of a developer or even to the government and the contours of the game change. Not only will it result in more revenue for the government but the buyers of residential and commercial complexes developed by real estate companies also stand to gain. It is no secret that state governments and real estate biggies enjoy a cosy relationship that cuts across the political spectrum. It is this relationship that Khemka’s actions threaten to unravel, and the ensuing public attention that discretion in issuance licences and CLU or exemption of valuable land from acquisition is beginning to get, that has unnerved the politico bureaucratic establishment.

Khemka has been shunted out within three months of taking change as Director General Consolidation and Land Records and within hours of initiating an investigation into the various Vadra deals.  His action of cancelling the Vadra-DLF mutation has been challenged in writing by a livid TC Gupta, the Director General Town and Country Planning, who has been holding this appointment undisturbed for the last more than three years. In a strongly worded letter to the chief secretary Gupta has questioned some of the steps taken by Khemka in cancelling the Vadra-DLF land deal and sought action against the latter “for levelling unfounded allegations against the working of the TCP department.”  That Gupta enjoys the favour of the government is clear from the fact, that even after being held guilty of contempt of court by the Punjab and Haryana High Court on July 24th, the Haryana government has not considered transferring him. The matter relates to the creation of two new sectors 63A and 67 A under the Gurgaon-Manesar urban complex 2025, wherein  a petitioner from Faridabad had complained that against the original proposal for four sectors, these two new sectors had been added by the TCP department to benefit some builders. Acting on the petition, the HC had last year ordered that status quo should be maintained. However, it was found that in violation of the HC orders, the TCP department issued a license to M/s Anantraj Industries for construction in Sector 63A. Just hours before  the HC was decide on the quantum of punishment for  Gupta,  he got a reprieve from the Supreme Court, which stayed the contempt proceedings.

That the interests of builders prevail over that of the common man is more than evident  in the recent stay on construction ordered by the Supreme Court in  DLF’s prestigious housing colony in Pinjore. In September 2009, the Haryana Urban Estates department which also comes under the Director General of Town and Coutry Planning, issued a notification for acquisition of 809.74 acres of land for 31 new sectors that the state Urban Development Authority intended to develop on both sides of national highway 22 between Kalka and Pinjore. However, by the time the award was announced, the intended acquisition was reduced to just 372.388 acres and even after passing the award, another 72.3 acres was released from acquisition. DLF and Ireo two major realtors who benefited from the exemption, are now developing colonies on 450 acres of the released land. The SC while ordering a stay on construction observed, “This gives the impression that in the guise of acquiring land for public purpose ie development of new sectors, the government misused the provisions of the Land Acquisition Act 1894 for the benefit of private companies and builders.” The SC is inclined to quash the entire acquisition and has given an opportunity to the builders to give their defence. What exactly has happened here? Explaining the process, a property dealer in the areas told Outlook, “If the realtors had entered the area to buy land from farmers, they would have had to pay the much higher market rate. But since the government announced acquisition proceedings, rates in the area fell and the builders were able to pick up their requirement at a marginally higher rate than the government notified rates.” The losers are thousands of ordinary people looking for cheap plots and flats in the government’s originally proposed  sectors, which have been whittled down to half. The government used its discretion to favour the builders once again.

Khemka has targeted this clique, and going by the response of the Haryana government so far, there seems little hope of some corrective initiative in the near future. It has formed a committee headed by an additional chief secretary and two other senior officers to look into the issues raised by Khemka, but the man who blew the whistle has been kept out of it. Inspite of the nationwide uproar that followed his transfer, the government is not risking putting him back on the job from which he was removed in such haste. If the government had allowed Khemka to complete the investigation that he began, perhaps it would have been redeemed to some extent. But an impartial investigation into Robert Vadra’s questionable land deals is the last thing the government wants at the moment. Proving that Khemka erred in taking action is its uppermost priority. It mattered little that the person fielded to take him on, has been  hauled up by the court. Khemka has already declared that if any of his actions are found to be unwarranted, the government or any of the aggrieved parties, are can always approach the courts. He is already getting ready for the next round of flak that he knows is imminent, once the dust raised by the media uproar settles. In this, quite typically, he has no help from his fellow officers, many of who claim to be his silent supporters. There has not been even a token noise from the Haryana IAS Officers Association as it silently watched one of its own being mauled for standing firm.