The Corridors Are Empty, The Silence Cheery 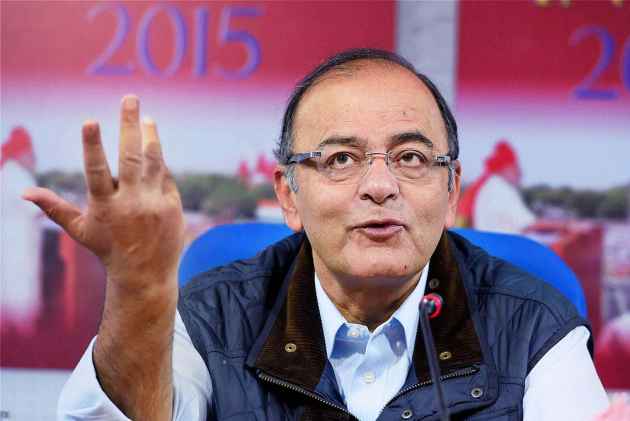 Look back at the situation that existed a year ago before the NDA Government headed by Prime Minister Narendra Modi assumed office. The Government wanted to centralize power in its own hands rather than promote non-discretionary and rule-based governance. “For Sale” signs hung over all Ministries. Spectrum was allocated at throw away prices to the favoured few. Investors lost their investment. Ministers, civil servants, investors were jailed and prosecuted. Coal blocks were allocated at virtually no price. Environmental clearances were up for sale. The Congress Party leaders had become rent seekers and name lenders. They were partners in a large number of companies which got coal blocks allocated. The discretionary and arbitrary allotment motivated by collateral considerations led to prosecutions of many and a virtual paralysis of the coal mines sector. It had an adverse impact on user industries such as the power sector. Even the former Prime Minister Dr. Manmohan Singh was not spared on account of the self-destruct policies of the UPA. The courts had to intervene and cancel the allocations. The mining sector provided for a statutory mechanism of allocation based on the obsolete principle of “first come first served”.

The State Governments – some of the poorest in the country – were taken for a ride. They got very little out of valuable resources such as mines in their States. Even gold imports were controlled by a few. This was crony capitalism at its very worst. Businessmen and industrialists lined up to Ministers and party functionaries to seek favours. Chits were regularly issued from party functionaries to Ministers indicating the name of the allottee to be favoured with State largesse. In this chaotic regime, nepotism reached its climax when investigative agencies such as the CBI and the Enforcement Directorate were directly controlled by political individuals. Dubious appointments were made to these agencies. Political opponents and inconvenient business persons were harassed. The agencies whose primary job was to unearth corruption had themselves been corrupted. Courts had to regularly intervene to seek action against the possible guilty. Investing in India inherently included the risk of prosecution. Was it any wonder that investors fled the country? This had disrupted the business environment in the country.

Where do we stand one year later? The whole parade of industrialists lining up outside South Block and North Block is now over. The corridors are empty, the silence cheery. FDI increased from $20.8 billion in 2013-14 (Apr13–Feb14) to $28.8 billion in 2014-15 (Apr14–Feb15). The others are in advance stages of the approval process. The environment Ministry has set up institutional mechanisms whereby clearances based on objective criteria are being routinely granted. The regime of an unlegislated tax on environmental clearances is over. The spectrum auction has fetched over rupees one lakh crores. A few coal blocks being auctioned have fetched over rupees two lakh crores. There is no role of Ministers except in laying down policy. Prices are determined by a market mechanism and the successful bidder is determined by auction. The word “corruption” is being removed from India’s political dictionary. The environment of “prosecute the investors” has been completely reversed. There is a thrust towards reforms and liberalization but no crony capitalism, no harassment. The “scam and scandal, corruption and retribution” Raj is behind us.

With the fiscal deficit contained and Government’s revenues improving, the emphasis is now on strengthening social security and social sector schemes. Over 15 crore Jan Dhan accounts have been opened. An effort is now on to put money in those accounts. Besides, Government schemes for the weaker sections, the LPG subsidy is now being transferred directly to over 12.6 crore beneficiary households. The insurance scheme for accidental death launched on 9.5.2015, in the first nine days, has 5.57 crore policy holders. This scheme involves a premium of Rs.12/- per year. The life insurance scheme involves a premium of Rs.330/- per year and has 1.74 crore subscribers in the first 18 days. The Atal Pension Yojana has been well received. The un-pensioned section of the Indian society will become a pensioned one. The MUDRA bank will assist 5.77 crore small entrepreneurs in raising funds. The distressed farmer has been given relief under the liberalized norms. Additional money has been allocated for MGNREGA. The enhanced resources of the State will be increasingly used towards infrastructure creation, irrigation and social sector schemes. Herein lies the difference between UPA’s crony capitalism and institutional destruction and NDA’s liberalization and anti-corruption, combined with an emphasis on both strengthening institution building and social security for the poor and vulnerable.

(Jaitley is India's Ministry of Finance, Ministry of Corporate Affairs and Ministry of Information and Broadcasting. This has been sourced from a Facebook post)