Rima Das says she will be interested in acting provided she is given a good script! 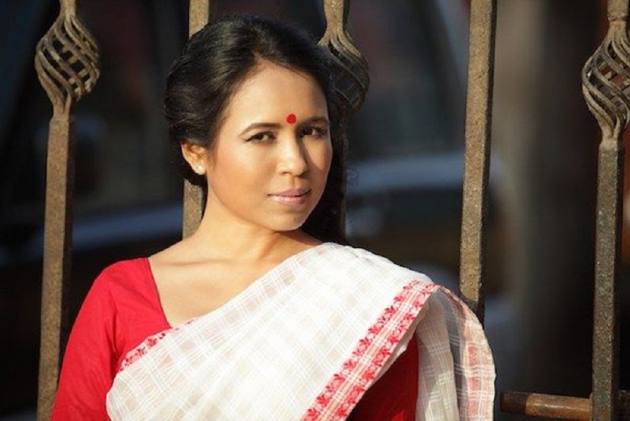 It was a desire to be an actor that drew Rima Das from Assam to Mumbai. But then filmmaking happened. The National Award winner, who showcased her new film "Bulbul Can Sing" at the 20th Jio MAMI Mumbai Film Festival, says she still wants to act and if given a good script, she hopes to explore that opportunity in the near future.

"If someone is coming up with a good script, I am actually interested to act. My desire for acting is still there... But who is going to write a character for me?" said Rima. Asked if her achievement as a filmmaker has made it more difficult for her acting career, she said: "I do not think it is that easy. I believe that to become a performer, one needs some 'me time', which I do not have these days. Acting is a performing art where certain exercise, not just physical but emotional as well, is needed. Earlier I used to take care of myself, my skin, hair and worked on performance."

Born and brought up in the northeast state of Assam, Rima wanted to become an actress and that's what made her pack her bags and come to Mumbai. She made her feature film debut in 2016 with "Man With The Binocular: Antardrishti", and her second film "Village Rockstars" not just won multiple National Awards, but is also India's entry for the foreign language film category at the Academy Awards.

"For the last few years, I have been writing, shooting, editing, producing my films and travelling to festivals to promote them. I don't even get time to see the mirror properly," Das, dressed in beautiful golden bordered maroon mekhele chadar, said with a smile.

"I know you must be thinking about my appearance today, but let me tell you I can wrap mekhela and put a bindi to get ready in five mins. Yes, that's my ‘me time'... of 5 minutes," she said, breaking into a laugh.

Did she ever imagine that within two years of her journey as a filmmaker, her film "Village Rockstars" will be India's entry for an Oscar category or "Bulbul Can Sing" will get a houseful screening at the 20th Jio MAMI Mumbai Film Festival?

"It looks like a fairy tale because three years ago when the first screening of my debut film 'Man With The Binocular: Antardrishti' happened here in MAMI, I was so worried to gain the audience and thought if people will come to watch my film. I was keeping my fingers crossed that at least the first few rows of the auditorium was filled with people, if not a houseful one.

"Honestly, I do not want to look back at those days and I'd rather focus on my upcoming project. I do not have time to feel nostalgic about my early days. Though I worked hard, I would say I am fortunate that I got the right exposure to build my audience," she added.

As one of the jury members of the Oxfam Best Film On Gender Equality Award at the gala, she is impressed by the "bold attempts of storytelling" and how "male filmmakers are telling stories from the female point of view".

"Whatever films that I have watched here have pure story. I mean these stories are not compromised on a certain marketing pressure and filmmakers are passionate about the film rather than putting elements to get the commercial audience. Such things should be encouraged for the growth of good cinema," Das said.

She believes the Indian audience is becoming more receptive towards experimental cinema. "I could not have imagined myself gaining such visibility of my work a few years ago, if the internet wasn't there. Social media and other OTT platforms are giving us the chance to connect to people, to travel to film festivals."

What kind of stories does she want to tell to her budding audience? "I find stories from life, people, character, situations that are floating around us. Perhaps that is why most of my stories are set in nature. People from real life come in my characters. That does not mean that I do not want to make a film with stars, rather I want to do it to grow. Directing stars would be a new challenge for me, and I will learn from it."

Asked about her wish list of stars that she is eager to collaborate with, Das was quick to reply: "Will I get the access to Mr. (Amitabh) Bachchan, Shah Rukh Khan or Akshay Kumar? Aamir Khan? You see, the list is long and heavy, I am telling you!"