A selection of Sahir Ludhianvi's many moods; the man whose poetry is still considered the gold standard for lyrics 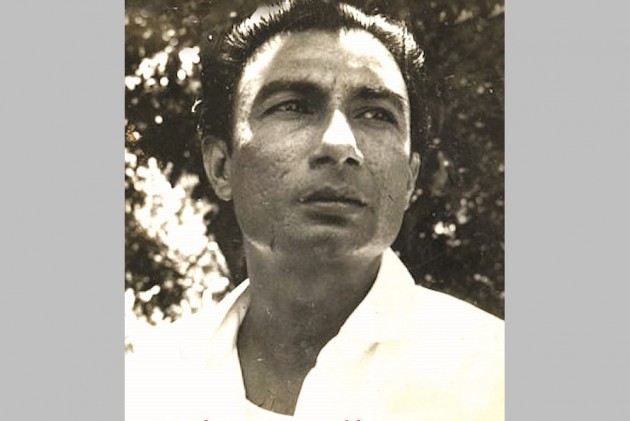 If Faiz Ahmed Faiz is considered the numero uno revolutionary poet of Pakistan, Sahir Ludhianvi can be called the leading rebel poet of India. Sahir was a member of the Progressive Writers' Movement and an avowed Communist, and his political leanings were reflected in his writings. Poets like Sahir were responsible for elevating the status of the lyricist in the film industry; he would work only with music directors who could do justice to his lyrics, like Khayyam, S D Burman and Roshan. Even today, Sahir's poetry is considered the gold standard for lyrics.

Had he been alive, the people's poet would have turned 95 this Women's Day. Here is a selection of Sahir's many moods:

Pyaasa (1957) could not have been made without Sahir's fiery poetry. Guru Dutt plays the angry poet Vijay who rejects the avaricious world, and wonders at the futility of it all, with "Yeh duniya agar mil bhi jaye toh kya hai ". Another disturbing song from the film is about the hypocrisy of men towards "fallen" women.

Holy men as well as the young have frequented these quarters,
Lusty sons and fathers too,
She is a wife, and a sister, a mother,
Where are those who take pride in the nation? Where, o where?

The despondency of Pyaasa (1957) continued into Phir Subah Hogi (1958), with the sombre "Cheen-o- Arab humara", a scathing indictment of the state of the nation, and a parody of Iqbal's original poems "Cheeno-o-Arab" and "Saare jahaan say achha" which eulogize Hindustan and its people.

China and Arabia is ours,
And Hindustan too,
There is no roof above our heads,
Yet the whole world belongs to us!
Our Hindustan…

The despair spilled over into another famous song of Phir Subah Hogi, which goes like this:

God is in his heaven, and we are on the earth below,
These days he seldom looks in our direction

If Pyaasa showcased the rebel poet, Kabhie Kabhie (1976) allowed Sahir to display his philosophical bent of mind. " Main pal do pal ka shayar hoon" stands out a remarkably powerful conversation about the transience of all art . The only equivalent one can think of comes from the West, from Billy Joel's "I am the entertainer".

The new day will bring freshly picked bouquets of melodies,
Better poets and better listeners, too,
Why would anyone miss me tomorrow, indeed why should they,
Why should the busy world waste its time?

The Poet of the Masses

The Taj may be a shrine of love to you,
You may hold this beauteous vale in high regard…
By splurging wealth on building this monument,
An emperor has mocked the love of us ordinary mortals
Let us meet somewhere else, my beloved!

Sahir's secular values are borne out by the beautiful and powerful lyrics of the qawaali – "Yeh ishq ishq hai"(Barsaat ki Raat, 1960).This qawaali is part two of the qawaali "Na toh caravan ki talaash hai". As we reach the crescendo of the second qawaali, the poet says:

Love is free, it is neither Hindu nor Muslim,
Love is religion and faith, too
Both the Sheikh and the Brahmin are powerless before it,
Love is a loud and clear declaration of this reality.

Sahir's rejection of the narrow, communal discourse that followed the Partition were also borne out by the lyrics of Dhool ka phool (1959):

You will neither be a Hindu, nor a Muslim,
You are a human child, you will become a human being

Sahir's poem, Kabhie Kabhie from his collection Talkhiyan (Bitterness) was adapted by Yash Chopra for his 1973 film by the same name. Here is a portion of the poem, recited by Amitabh Bachchan in the film:

Sometimes, thoughts cross my mind,
That my life could have been spent lying in the soft shade of your locks,
My life would have been evergreen,
Alas! This didn't happen, and instead,
Along with you, my desire and my pain have also left me

A poem that is prescribed in CBSE textbooks for Class VI, Sahir's "Saathi Haath Badhaana"— also on the soundtrack of Naya Daur (1957 ) — is a call to all able- bodied men and women to come together and build a new nation.

Our sorrow is one, so is our joy,
Our destination is one, our road is paved with noble intentions,
O Friend, lend a hand,
The burden is too tiring for one, let's lift it together

Unfairly referred to as the smoker's anthem, the song , "Main zindagi ka saath nibhata chala gaya" from Hum Dono ( 1961) is actually an ode to life itself:

I lived my life the way life asked me to,
I blew away my cares in smoke…
I kept bringing myself back into that position,
Where I felt no difference between joy and sorrow

One of the most popular, evergreen road songs from Hindi films, is the peppy "Ik raasta hai zindagi" from Kala Patthar(1979):

The well- trodden path is full of footprints,
Footprints of those going somewhere, and of those coming back,
My going should be of no significance.

Baazi (1951) was the debut film of Guru Dutt as director, and starred his dear friend Dev Anand, who also produced it. Sahir's lyrics imparted a freshness to the songs. The lyrics were in Urdu, yet they could be adapted to a song with a fast tempo. Geeta Bali sang the ditty on screen.

Strategy can help you tide over your misfortunes,
If you have faith in yourself, go ahead and take a gamble

The songs of Chitralekha (1964), based on the historical novel by the same name, about the courtesan Chitralekha, her suitor and a holy man, point out the fickleness of the male heart and exhort man to be firm.

O ye who can't handle his worldly duties, how do you plan to attain God ?

O heart, why don't you get a grip,
The one you are attached to, doesn't even know what attachment is!

One of Manna Dey's most popular songs ever, was written by Sahir for the film "Dil Hi to Hai" (1963). It was composed in Raag Bhairavi by Roshan. At a deeper level, the song could be interpreted as a fallen human's hesitation to face his/her maker on judgement day.

My soul was pure and clean, like an unbleached veil,
Worldly distractions have sullied it,
How can I now face my Father, how can I go home,
My veil is stained, how do I conceal it?