Farmers' organizations have warned that even though marches on the borders of Delhi have been lifted, farmers' dharnas in Punjab will continue until the Congress government waives loans of farmers as per its 2017 election manifesto. 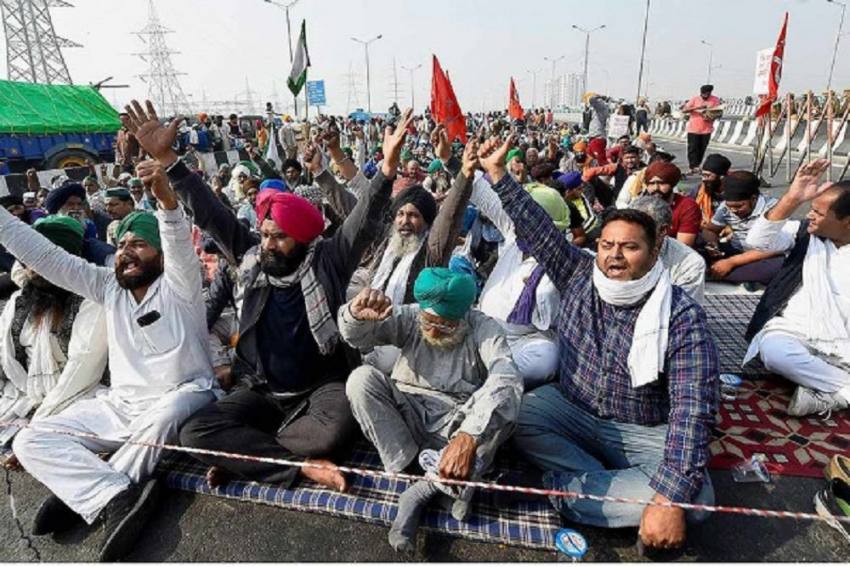 Farmers returning to Punjab from the borders of Delhi after the repeal of center farm laws are now besieging the Charanjit Singh Channi led Congress's government.

Farmers' organizations have warned that even though marches on the borders of Delhi have been lifted, farmers' dharnas in Punjab will continue until the Congress government waives loans of farmers as per its 2017 election manifesto.

KMSC general secretary Sarwan Singh Pandher said “We want 100 per cent waiver of farmers and laborers. For the acceptance of this demand, we are going to begin rail rook from December 20.” For now, KMSC would single-handedly begin the agitation across the state and the rail rook would continue till further announcement, he added. Pandher claimed that a large number of farm women activists had confirmed their participation in the rail rook agitation. “We will begin the agitation from Punjab which could further spread to other states also,” he said.

In three months the Channi government has not been able to do anything so far on the issue of farmer loan waiver. Earlier, during the four-and-half-year tenure of former CM Captain Amarinder Singh, loans worth Rs 520 crore of 2.85 lakh landless laborers have waived apart from Rs 4,624 crore loan waiver of 5.64 lakh small farmers, landholding up to two acres.

Now that the assembly elections are approaching and because of the code of conduct being implemented, Congress may have to put the issue of loan waiver on hold. Punjab Chief Minister Charanjit Channi, surrounded by the issue of farm loan waiver, has called a meeting of farmers' organizations in Chandigarh on December 21.

During the farmers' agitation on the borders of Delhi, Chief Minister Charanjit Channi has agreed on 18 issues with the farmers' organizations of the state in a meeting held in Chandigarh.

Sukhdev Singh Kokri Kalan, general secretary of Bharatiya Kisan Union Ugrahan (Unity), adamant on continuing the strike on the issue of farmer loan waiver, said in a conversation with Outlook, “In the 2017 assembly elections, the Congress government promised complete loan waiver to the farmers of the state.

Apart from government-private banks, the promise of loan waiver from the arhtiyas (Commission agents) was also made in the election manifesto. Five years have passed but the farmers of Punjab have not been able to become debt-free while the government has made several announcements of relief for other sections.”

Agricultural economist RS Ghuman says, “The issue of farm loan waiver will heat up in the 2022 assembly elections. A farmer loan waiver will be the biggest challenge for the Charanjit Channi-led Congress government.

Former Chief Minister Captain Amarinder Singh can take political advantage of this because, during his tenure of four and a half years, about eight lakh farmers and agricultural laborers have got the loan waiver worth Rs 5,000 crore. In the next phase, the loans of more farmers were to be waived, but after the removal of Amarinder from the post of Chief Minister, the loan waiver also got on hold.