The Games Are Over, Long Live The Political Games

The country, in the middle of an economic turmoil and deeply divided politically, has some reason to smile finally. But will the smiles stay? 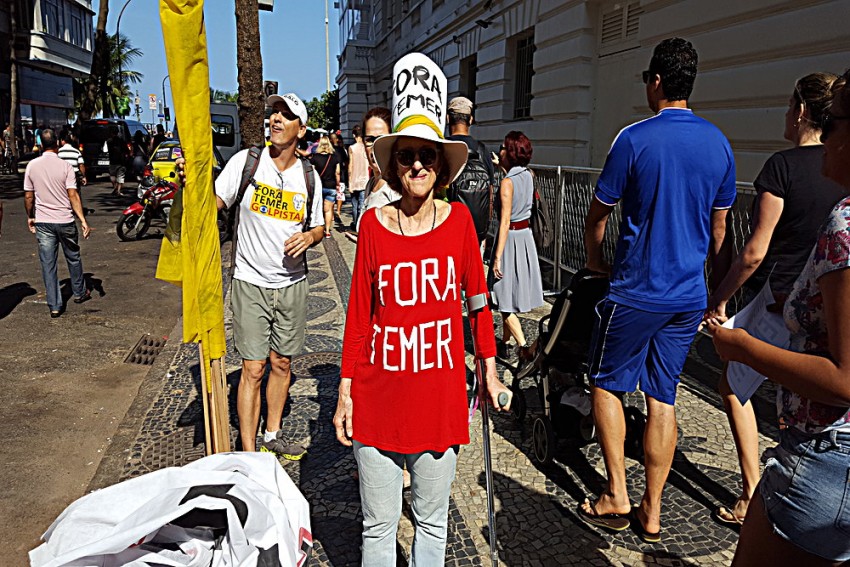 An old lady with "Fora Temer" (Temer, out), a slogan against the country's interim president, painted on her shirt at a protest rallly in Rio de Janeiro.
Shobhan Saxena
Shobhan Saxena August 21, 2016 00:00 IST The Games Are Over, Long Live The Political Games 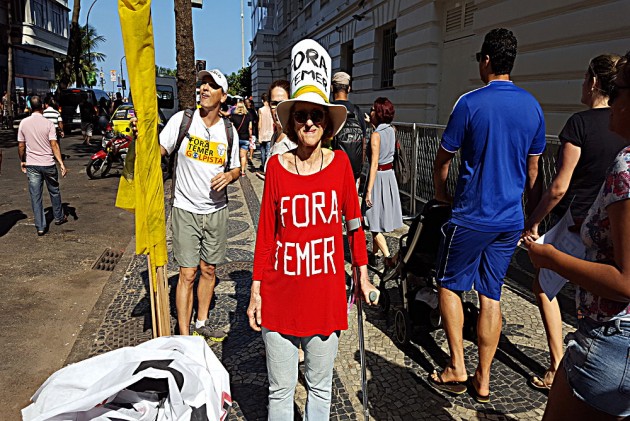 Just a few hours are left before the firs-ever Olympic games in Brazil – and South America – are declared closed and the torch is handed over to the officials from Tokyo, the city that will host the Games in 2020. Brazil has won the football gold that has deluded the country for ever. Neymar has salvaged the country’s and his reputation to an extent. It’s all coming to an end. With the football gold in their bag, Brazil could not have asked for a better end to the Games. The country, in the middle of an economic turmoil and deeply divided politically, has some reason to smile finally. But will the smiles stay?

The two-week, billion-dollar circus that the Olympics are may have distracted the country and the world from Brazil’s political crisis, but now as the Games get over, focus will shift back to political games that can change the country beyond recognition in coming years. That tension is already building up. Michel Temer, the country’s interim president, will be missing from the closing ceremony at the Maracana today. Booed by thousands of spectators at the stadium during the opening ceremony of the Games, Temer doesn’t want to be humiliated again in front of a global audience of billions. It’s also not sure at the moment if the acting president will be present at the opening ceremony of the Paralympics which begin immediately after the Olympics.

Away from Rio, Temer has been in Brasilia, the country’s capital, trying to consolidate his position just ahead of the vote to impeach the country’s elected president, Dilma Rousseff who is under suspension these days as she faces the impeachment process. The final vote to impeach Rousseff will take place on Thursday (August 25). In all probability, the vote may bring the Rousseff presidency to an end and make Temer in-charge of the country till 2018, when the next elections are due.

But Temer, whose popularity is as low as 5%, is not going to have easy run. Dilma Rousseff has refused to go out without putting a fight. On Saturday, just days before the impeachment vote, Rousseff, 68, said her biggest political mistake was “choosing as vice president Michel Temer”, who is seen as a “coup plotter” by majority of supporters of Rousseff. This week, the suspended president sent a letter to the Senate in which she maintained that the impeachment process against her is an “illegal coup”.

Suspended is May from office for impeachment by the Senate, Rousseff faces the charge of fiscal wrongdoing. But since her suspension, Rousseff has regained some lost ground. In June, a report prepared by analysts in the Senate found that there was no “evidence to suggest she was personally responsible for fiscal wrongdoing”. The report by three auditors found Rousseff did not cook the books in the lead up to her 2014 presidential reelection, dealing a blow to accusations from her rivals that she manipulated government accounts to hide a budget shortfall and delayed payments to public banks. Despite the Senate report actually rejecting the basic premise for her impeachment, the process has been going on. It will culminate in a vote in Senate on Thursday. If the vote is passed, as it is likely to be, Brazil will become further divided. Just in 2015, Rousseff was elected president with 54 million votes in a free and fair election.

Even if Rousseff has to leave office, she is likely to put all her weight behind Lula da Silva, her predecessor and mentor who is likely to run for president in 2018. Though the opposition has accused him of corruption, the judge overseeing the corruption case in state-run oil company Petrobras released a report on Thursday clearing the former president of any charges.
Supporters of Lula and his Workers Party argue that the actions against the former president are an attempt to prevent him from running as president again. In all recent opinion polls, Lula has topped the list of all presidential candidates.
A major announcement from Lula can be expected soon after the impeachment vote on Thursday. As the Games come to an end, Brazil braces for the real games that will decide its future.