The Grim Future Of IT Companies 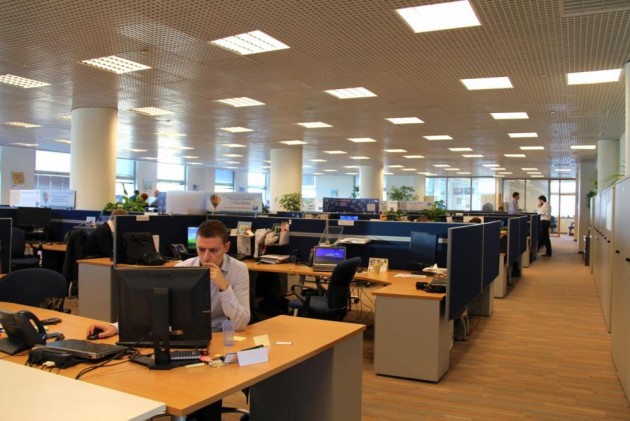 There has been some worrying news on the side of the economy which has remained confined to the business newspapers. It concerns India's large information technology and software industry and companies like Infosys, TCS and Wipro. These firms, which were expanding quickly for the last two decades, have all slowed down.

They are now growing at single digits annually and even that is a struggle. This has caused speculation that the industry is in a death spiral in India. One reason for this slowing down is that automation is replacing human capital. This affects the services being offered by these companies and their hundreds of thousands of employees.

The former Infosys leader TV Mohandas Pai wrote a fine explanation of the issue and put it in perspective. He says that though there is a change in the offing, it is still three to five years away and that India's IT companies are in a good position to address it. He says:

"Let us take stock of the situation today. The Indian software export industry is about $110 billion. It employs around 4.25 million people. It has a 60 per cent market share of global outsourcing and is globally dominant. Of the 10 top software service companies globally ranked by market cap, five are Indian. Of the top five, three are Indian. All of them have a massive presence in India. Of the total number of employees, amounting to nearly 2 million, in these top 10 companies, about 70 per cent are based in India or travel out of India. The Indian offshore software industry dominates the software services world and has no parallel."

The big Indian companies have experience of being global leaders and also have exceptionally talented management so we should all expect that they will counter the change in the best way they can. However it is also the case that many think that the change is structural and disruptive.

I was speaking at a seminar in Hyderabad a few weeks ago. The man who was in charge of the IBM artificial intelligence program Watson, Manoj Saxena, also spoke at the event and what he said was quite alarming. Saxena explained the changes in technology coming in the next decade. He thought our IT companies were not geared to transformation of the sort that was required while continuing to focus on their multi billion dollar existing businesses. It was like changing the tyres on a car moving at a hundred miles an hour, he said.

Automation is coming upon us more rapidly that most of us imagine. In an interview to the Press Trust of India in July Mohandas Pai said: "There are today lots of people (middle-level managers) earning between Rs 30 lakh and Rs 70 lakh per year. Half of them will lose their jobs in the next ten years,"

According to him, middle-level managers account for 10 per cent —  or 450,000 people — of the IT industry in India. And of these 225,000 would lose jobs over the next one decade as their work would get automated. This is grim news for many reasons. First, this means that even if India's IT companies are able to retain their market share of software work, it is going to be automated, meaning requiring less employees.

Third, the IT sector's transformation comes at a time when India has been struggling to create jobs. All the numbers on job creation are alarming.

Fourth, there is already unrest in large sections of the population on the issue of jobs. The dominant communities in three of our most industrialised states, Gujarat, Haryana and Maharashtra, are agitating on this issue already. Patidars, Jats and Marathas feel they need state assistance for employment. They are not urban communities to any large extent. The IT industry, which Is based in Bengaluru, Mumbai, Chennai, Hyderabad and Gurgaon, employs the urban upper castes.

This class has been anti-reservations because access to English education and service sector jobs has been easy for it. The rapid changes coming to the world through technology mean that this may no longer be the case. This is not an issue for the government in my opinion but it is necessary that Indians be aware of these fundamental changes that are on their way and how they will affect our lives.