Why should Hollywood have all the fun? Here's the list of nominations for the Indian Oscars for 2016 put together by a fair and lovely jury 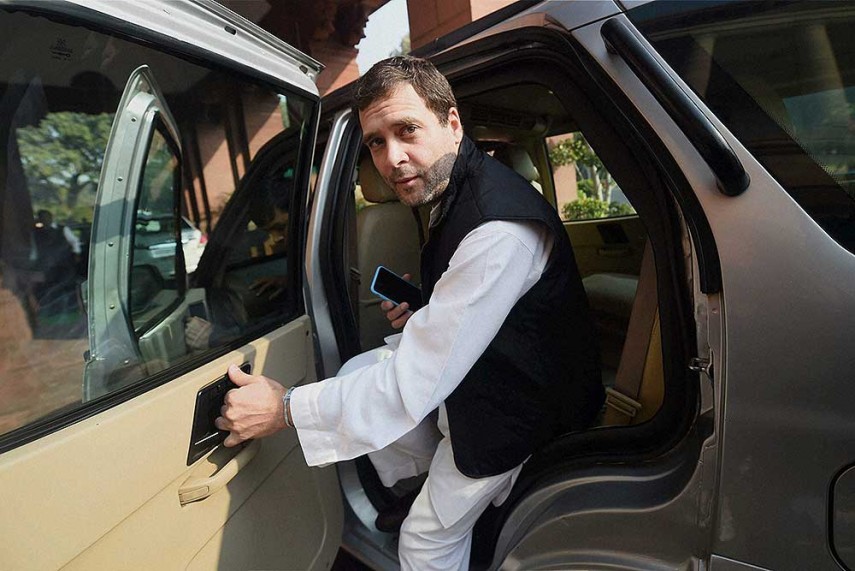 Why should Hollywood have all the fun? And the special edition champagne and goodie bags. We need our own Oscars which will have nothing to do with Bollywood since our politicians and non-state actors generally do a better job. Here's the list of nominations for the Indian Oscars for 2016 put together by a fair and lovely jury.

Best film: Sedition. Shot by assorted filmmakers including a security guard. Shows arresting documentary-type grainy footage of a group of unarmed masked men bent on destroying India. Some footage is digitally altered and the dialogue is muffled, making this a spine-chilling mystery. Brilliant performance by lead actor Kanhaiya Kumar as the villain-turned-hero. He was disably assisted by a fearless police chief, B.S.Bassi, who takes on the plotters single-handedly before retiring hurt.

Best Actress: Smriti Irani, hands down—or up or clutching a sheaf of papers. Her high-decibel performance as Durga in parliament where she ensured both preservation and annihilation, reminded us of Nargis in Mother India (who won the Filmfare award for Best Actress). Her acting chops are undeniable with her TY roles like Tulsi but it's now her chops in Parliament, where she has been quite Shakespearean, offering her head on a platter. The play that Will wrote which best describes her performance would be Tempest except the opposition preferred to think of it as a Comedy of Errors or, even better, Taming of the Shrew.

Best Actor: Rahul Gandhi as the Revenant. Revenant means someone who has risen from the dead, which the Congress vice-president seems to do periodically. This time, his resurrection was in Parliament where he delivered a dialogue his fans hailed as Oscar-winning. It did have obscure references to Serbia and Croatia but generally his famous line 'suit-boot sarkar' was replaced by one equally memorable one—"fair and lovely" to do with black money.

Best Music Score: Justice Pratibha Rani of the Delhi High Court. Her version of the tear-jerking Bollywood song ‘Mere desh ki dharti', as a prelude to delivering judgment in the Kanhaiya Kumar bail case with graphic references to gangrene and amputation, certainly scored in the horror film genre.

Best Set Direction: General G.D. Bakshi (retd), the man who is a familiar face on Times Now thanks to his handlebar moustaches and his histrionics, which includes extreme decibel levels and wiping tears from his eyes when the subject of nationalism comes up. The Oscar, however, is for his set direction, where he directed JNU authorities to station a battle tank on the campus to ensure everybody falls in line.

Best Costume Changes: Arun Jaitley for orchestrating the great switch which turned the 'suit-boot sarkar' into one dressed in a tattered vest and dhoti and carrying a spade, to bury some myths. The other farming implement on hand could only have been a sprinkler, to pour cold water on those fat cat corporates.

Best Original Screenplay: Narendra Modi. "I'll be back" was Arnold Schwarzenegger's famous line from the Terminator, which is a line that someone who also boats a 56 inch chest seems to have borrowed. After a few setbacks, Modi roared back into Oscar contention with his original screenplay, opening with a populist budget and then a bravura performance in parliament where he evoked historical figures from Nehru, Gandhi (Indira) and Rajiv Gandhi to Stalin and Khrushchev. The terminator is back. Or is he? The Oscar jury is still out.