Brand Modi is about nothing but a ruthless pursuit of victory. The man plays to win. But his true test will arrive when electoral reverses begin to happen 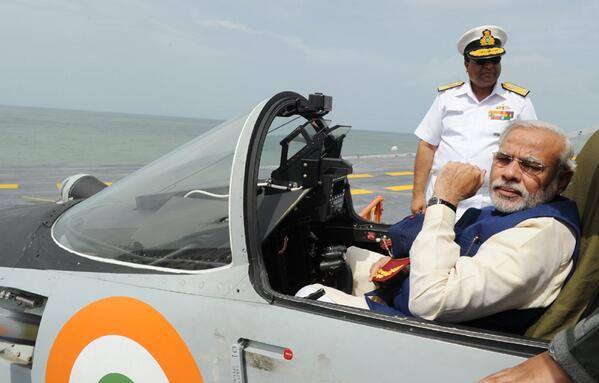 Prime Minister Narendra Modi is an adept politician. He has managed to make sure that we see in him what we want to see. Some are betting on Mr Modi emerging as a moderate right-wing leader focused more on economic rather than cultural issues: a CEO-style Indian Prime Minister in control of his party and government. Others believe that Mr Modi’s ideology defines him both as a man and as a leader. His tenure will therefore be focused on advancing the goals of the Hindu Nationalist project. We think these two avatars are not mutually exclusive. An instrumentalist whose position within his party depends on his electoral record, Modi will be both a developmentalist and a Hindu ideologue.

Mobilization of voters on the promise of both economic development and Hindu pride has been a successful strategy in Indian politics, as Indira Gandhi’s Garibi Hatao (“Wipe Out Poverty”) campaign and L.K. Advani’s Ram Janam Bhoomi movement and Rath Yatra demonstrate. But mobilization on this basis is often contingent. When an emphasis on economic development will benefit Mr Modi, he will deploy it. When invoking Hindutva will promote his agenda, he will turn to it instead.

Mr Modi may be a CEO Prime Minister and he may also be a Hindu ideologue, but before these two he is a consummate politician, possessing significant political cunning. His foremost goal is to win elections and stay in power. In Gujarat, Mr Modi won three successive state assembly elections and in 2014, under his leadership the BJP became the first party to enjoy a single-party majority in the parliament in the last 30 years.

Among BJP party members, Mr Modi’s electoral record defines his brand. It is about nothing but a ruthless pursuit of victory. The man plays to win: if he has to put toilets before temples in one election or one constituency, he will go down that path. If in another electoral context he has to put temples before toilets, then this will also happen. It is an instrumental pursuit of power that has been honed over decades. We must remember that, even if we’d like to believe that democratic politics in a developing country like India does not necessarily favour the rich and well connected, this is far from true. In India, for a tea vender’s son to rise to the PM’s position, he must have serious political acumen. Mr Modi neither parachuted into the PM’s position like Dr Manmohan Singh, nor heads a party in which he is the undisputed leader like Mulayam Singh Yadav, Jayalalitha, or Sonia Gandhi are in their respective parties. He rose to the top within the BJP, one of India’s two major national parties. He is self-made.

Now with the elevation of Amit Shah, Mr Modi’s key strategist, to the position of BJP president, Mr Modi enjoys significant control of the party, but this control will only last as long as the BJP continues to win elections under him. When electoral reverses begin to happen, Mr Modi’s true test will arrive. It is worth highlighting that the BJP having lost two successive parliamentary elections under the leadership of L.K. Advani picked a new leader for the 2014 campaign. There are many in the party who believe they were equally if not more deserving of the leadership position after A.B.Vajpayee and L.K.Advani. For the moment these senior leaders have either been accommodated or sidelined, but they are biding their time, waiting for the opportune moment to rise again. Mr Modi knows that and he will use all the instruments at his disposal to stay ahead of the game, both within his party and outside of it. It remains to be seen whether instrumentalist strategies will deliver electoral returns, however. Overuse can easily backfire. 'India Shining' quickly lost its lustre and dividends on the Ram Janmabhoomi Movement petered out far more quickly than anyone anticipated.

Six Questions And A Post-Script