By limiting his language to its true inheritors, the Kannadiga keeps the outsider permanently 'out' 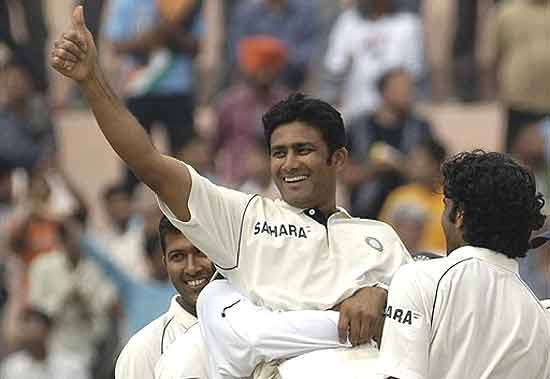 A Nepalese friend once told me he had had it easy at college in the US because he had 'nothing to defend' — he came from a country that no one knew anything about. I understood that sentiment perfectly. I had lived that anonymous life myself, in different parts of India. You see, I come from the country of Kannadiga.

Kanna-what? is the usual reaction to this, particularly from those north of the peninsula. The editor of a Delhi-based magazine I used to work with once said to me, with genuine warmth, "We've had several Tamilians and an occasional Malayali write for us, but never a Karnataka - welcome on board!" I smiled serenely. We Karnatakas are like that.

Despite being the seventh-largest state in India by area and the eighth-largest by population, Karnataka — the state, not the people — and, by extension, the Kannadigas — the people, not the state — are notoriously under-represented and virtually invisible in the country's collective mindspace. Here's proof.

Now that the fact of the Kannadiga's invisibility has been established, it is time to wonder why this is so. Here's my theory — because that's the way the Kannadiga wants it! In a world that is constantly filling the unforgiving minute with 60 seconds' worth of twitter updates, your average Kannadiga, possessed of a languid, non-confrontationist, and thoroughly enviable 'yaarig baek ree tarle' (who wants the hassle, man?) contentment, simply wants to be left alone to contemplate his navel. Invisibility helps that kind of life goal along some, and the Kannadiga has got 'fading into the background' down to a fine art.

First of all, to be visible outside of one's state, it is sort of essential that one leaves one's state. So the Kannadiga doesn't. While the Mallu is setting up a chain of metre-chaya kadas in Jhumritalaiya and the Tam Brahm is working on national policy in the backrooms of babudom, the Kannadiga is burping a satisfied mosaranna (curd rice) burp and settling down to a leisurely afternoon siesta. At home.

The rare ones that do make the journey across the border have their own version of the disappearing act. Unlike members of some other linguistic groups, the Kannadiga will not break into a glad torrent of loud Kannada when she hears someone speaking (softly) in the sweet accents of her mother tongue. Instead, she will merely acknowledge the other with a quiet nod, before asking, in unaccented English, "You speak Kannada?" The other will nod back, a small smile cracking her impossible-to-pin-down-to-a-region features, and the two will go their separate ways, understanding implicitly that taking the conversation further, and that too in Kannada, would put paid to years of carefully cultivated anonymity, and that would not do at all.

A second factor that helps the Kannadiga stay sub-radar is that there are few nationally-recognised Kannada celebrities around. While the state has produced several homegrown-on-the-world's-best-masaal-dosay heroes, most aren't Kannadiga.

The Kannadiga is often criticised for being too accommodating — he speaks to 'outsiders' in this state in their own language instead of insisting they speak to him in his; he is constantly 'adjusting' to everyone else's needs instead of getting them to toe his line. But the criticism is not only misplaced but also a completely flawed misreading of a master strategy — by keeping his language limited to its true inheritors, the Kannadiga keeps the outsider permanently 'out', breaking nary a sweat in the process. By subsuming his own personality in the other's need to establish identity, he slips past the pigeonholes of the world like a wraith, elusive to the last. The fact that native Kannada speakers make up only 26% of Bangalore's population is what makes the city perfect for the Kannadiga — he can hide out in plain sight.

Needless to say, not everyone buys into this interpretation. The few Kannadiga hotheads there are see it instead as super-wuss behaviour unworthy of the descendants of the proud race of Dr Rajkumar. They call bandhs, stage protests, and exhort red-blooded Kannadigas to declare, in strident, ringing tones, 'Kaveri Nammadu!' (The Kaveri is ours!).

The red-blooded Kannadiga responds in the only way he knows how — he disappears. Behind closed doors on quiet bandh-day streets, he settles down to a more relaxed mosaranna meal, and a longer siesta than usual. Because, seriously, yaarig baek ree tarle?