The Joy Of Being Gilu Joseph

"I didn’t do it for publicity. I declined payment for it. Abuse coming my way doesn't bother me one bit," says the model who posed for the controversial cover on breast-feeding in a Malayalam magazine. 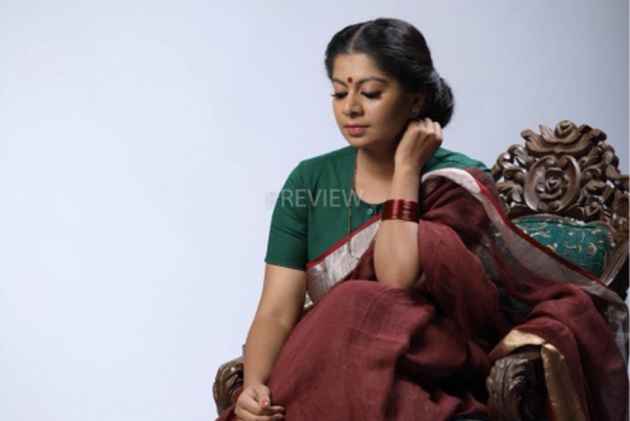 Modelling for the cover of Grihalakshmi, a Malayalam magazine, for a breastfeeding campaign has brought me bouquets and brickbats. That’s putting it mildly. If for some reason I ever need to learn abusive words in both the vernacular and the English language, I wouldn’t have to look far: the trolls have left bucketfuls of it out there on my Facebook page. But all that abuse that’s being directed my way doesn’t bother me one bit. I modelled for the cover because I strongly support the cause. Besides, it was my job.

For me, life is a trip. Every day brings new and exciting possibilities. It’s been only six months since I quit my job as an air hostess on Air Dubai. In 2009, when I first took up the job of an air hostess, at the age of 18, I’d never even seen the inside of an airport, let alone a plane!

When the photographer and the editors of Grihalakshmi approached me two weeks ago, I readily agreed to model for them. They did caution me about the negative response that it may entail, but I was unperturbed. That intrigued them and they wanted to know more about me! When we got talking, they were convinced that I was the right model for their campaign. As an air hostess for nine years, I had helped deliver two babies and have had three people dying in my arms. I was just 19 when I had to rush to the aid of a woman delivering a baby on the tarmac next to the aircraft stairs. We saw blood on the airstairs and people hurrying away from the scene! There was no time to be petrified, we had to respond quickly and we delivered a baby right there on the tarmac. I can immediately recall one more connection to the idea of maternity. Not many know that I got the Palm Pusthakapura Akshara Thoolika award for my poem Arohanam, a monologue of a mother speaking of her unborn child. I had begun penning poems as impulsively as I joined up for the airhostess job. It was a love affair that soured that prompted me to turn my despondent, despairing mood into words. Many readers connected with my poems while others criticised them as dark and blue. I didn’t stop and, over a course of time, I have written over 4,000 poems on various topics. What was truly magical was the first time I heard my words being set to music. And some of the greatest Malayalam singers like Chitra, Sithara, Karthika, M.M. Keeravani have sung me and that has been astounding.

I was nine years old when I was first asked the ‘ambition’ question...“What do you want to be when you grow up?” It’s strange that they expect kids that age to develop an ambition! Anyway, I had chanced upon an advertisement in a magazine, so an ‘ambition’ randomly sprang to my mind. It was not because I had made much sense of that advertisement but “akashayatra” (sky travel) sounded cool and decidedly different from the ambitions my friends spouted. I had led a cloistered life in the hinterlands of Kerala, in a remote hill town called Kumily. I had never even travelled outside Kumily alone. But somewhere along the way, it was like that randomly spoken line took on a real life of its own—my ‘ambition’ grew, gathering information from books and time spent at internet cafes. More out of curiosity about the thing, and a kind of playful desire to test my ‘ambition’, after my plus two, I decided to attend a flight attendant training course. Five days into my course, I found myself applying for a job as cabin crew in RAK Airways. The only things I was truly equipped with were my confidence and a smattering of English. I was offered the job provided I could get myself a passport within the next seven days. By a stroke of luck, I managed that too. When I went home and told my parents that I was flying out to Dubai at the end of the week, they were shocked! But also supportive. My father was my best friend and he was a huge source of support.

So, before my plus two results were even out, here I was...flying around the world! Being one of the first air hostesses in Kumily also brought a fair share of local fame! People would say of me, “Srampickal Pappachi’s daughter is an air hostess”. And now, after the cover shoot, people are singing quite another tune. I didn’t do the cover shoot for publicity. In fact, I declined payment for it. My airhostess job was a great educator. I travelled the world, learnt about cultures, ate different kinds of food. I still remember the first time I was having breakfast with my colleagues at a hotel. There must have been people of a hundred different nationalities around me. I did not know table etiquette and I was unsure if I could eat idli with a fork! I pondered about it for a few seconds and decided to go ahead and eat with my hands! Those around me stopped and stared at me, but to my surprise a few of them wanted to try Indian food and began eating with their hands too. It became a cool thing to do. I just went with the flow, did what I wanted to do, and it’s been a rollercoaster ride ever since.

I have a great passion for life and nature. I have posted a series of photographs called The Pleasure Series on my Instagram account. I call the sunset the Golden Hours because the sun’s energy during that time is powerful. I also act in theatre, which is quite unlike film roles. Right now, I am acting in a play called Hand of God and I am playing a character called God. Strangely, I am comfortable in that role too.

(As told to Minu Ittyipe | Photos by Goutham vallath)