The Loser Takes It All?

Though it is true that Modi has made some mistakes in his conduct, he should not assume that this is some sort of rejection of his politics. 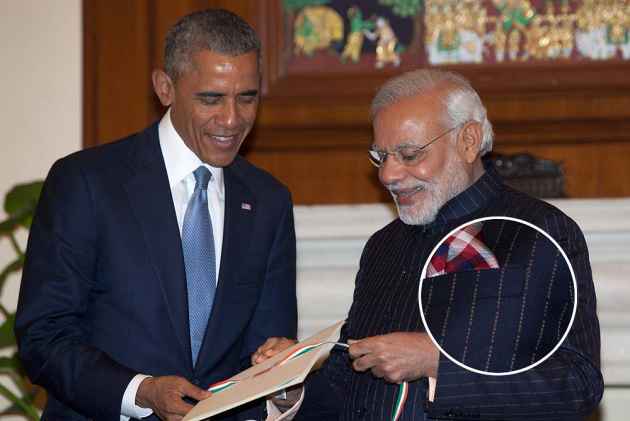 For the first time in his 14-year career as a politician, Narendra Modi lost an election on February 10 when the Bharatiya Janata Party was vanquished by the brave little Aam Aadmi Party in Delhi. The prime minister became a full-time politician in 2001, when he was parachuted into the job of chief minister in Gujarat. That state had already been voting for the BJP and the party had held on to a majority since 1995 when Modi was sent after internal trouble to replace Keshubhai Patel as CM. The following year, Gujarat suffered yet another of its riots, this time made famous because it was covered in detail on television.

A few months after the violence, Modi presided over his first, but the BJP's third, electoral victory, at the end of 2002. In 2007 and 2012, this was repeated under Modi, both times with large majorities. The idea that it was his focus on development, his charisma and his overall genius, rather than a continuity of Gujarati support for BJP politics, that kept delivering victory was formed in his mind. This was helped along by Modi's admirers, particularly in the national media. Many of them saw in him someone unique, not just for his abilities as a persuasive speaker but as someone able to think differently and deliver on that vision. The projection of this image nationally and then globally went some way in helping Modi pull of his magical victory in 2014.

The defeat in Delhi was the first time that Modi put himself out and was rejected.

For a man who likes to be seen as a "rock star" and whose followers see him as a messianic figure, the recent coverage of him will not make for good reading. Since the riots coverage of him, Modi has considered India's media to be 'baazaaru' but he has always been enamoured of what foreign media thinks of him.

In its headline, Britain's Daily Telegraph made a snide remark about the cause of his defeat ("Was India's most powerful prime minister unravelled over price of a pinstripe jacket?").

Some people who admired him were put off when he wore that vulgar suit with his name on it. However, those who have followed him since 2001 know that it was entirely in character for Modi to act this way. When I was working for a paper in Ahmedabad 10 years ago, the government released a photograph of Modi taking his entire secretariat, perhaps three dozen or so of the state's most senior bureaucrats, to a meeting in the middle of the vast expanses of the Rann of Kutchh. There seemed to be no purpose to this other than to provide the background for some stunningly beautiful photographs. He conducted this strange gathering dressed in a cowboy hat and jacket and sunglasses.

Modi did not realise what a poor decision that suit was, something that almost anyone who is not a chamcha would have, assuming Modi takes advice on such things. Unfortunately, he has pushed himself as something of a 'good listener', which I do not buy for one minute. That suit should have given pause to those who see in him someone of refined judgment. I doubt Modi even properly grasped Barack Obama's sniggering reference to him as a "fashion icon". That vulgar suit goes down well with a certain class of Gujarati (there was a story last month on some fellow in Surat proudly showing off his diamond encrusted shoes).

Meanwhile, the Economist wrote: "Uncomfortable as it might be to admit, Narendra Modi carries the main responsibility for his party's failure in assembly elections for Delhi". The New York Times said that Modi "has stirred excitement and raised expectations, overseas as well as at home, by portraying himself as a confident can-do leader who will revitalize the economy, make the government function and lift millions out of poverty. So far there has been little concrete return and as the Delhi election suggested, people are growing frustrated." These publications speculated that the defeat was caused by Modi's failure to stop the divisive language of his fellow BJP ministers and members of Parliament.

I agree, but only very partially. It is true that some and perhaps many people were put off by the doings of the BJP and the VHP over the last few months. But for the most part, the vote to the AAP was positive and in favour of it, not against the BJP.

My understanding is that the core voters of the BJP, meaning those who are attracted to it for reasons of ideology or caste, remained with it, which explains why its voteshare did not drop from a little over 32 per cent. With that sort of support, the BJP would win almost any state in India. It is the transfer of 20 per cent over that to Arvind Kejriwal that defeated the BJP. This probably happened because what Modi promised nationally, big and sweeping and immediate change, Kejriwal promised in Delhi.

I do not think these voters are lost to Modi in the future. Though it is true that he has made some mistakes in his conduct, he should not assume that this is some sort of rejection of his politics. The idea of the saviour remains alive and healthy in India. Indeed, 'Paanch saal Kejriwal' has the same fragrance as 'Ab ki baar Modi sarkar'.