The Man Who Came To Raid My Office

Almost exclusively, their interest was in the work that we were doing that they thought of as being 'anti-national'. One of them even used that specific word. 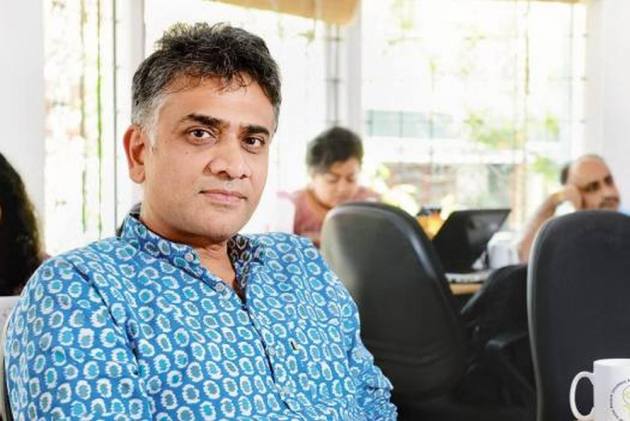 I had a conversation with an individual from an investigating agency this week who had come to raid my office. He was exactly my age, almost 50, and I was surprised by the things he said. I will tell you what they were in a bit. First let us look at the events in the United States. A man who has been identified as a member of president Trump's political party sent bombs to Trump's opponents. These included former president Barack Obama, Hillary Clinton, members of the intelligence agency whom Trump has criticised and a woman of Indian origin, Kamala Harris, who is likely to run for president in 2020.

We are all aware of the quality of political debate in the United States, especially since Obama left office. Trump has reduced the issues to a child-like simpleness. Most things are good or bad, white or black. In the language of India's political discourse, things are either national or anti-national.

On the issue of immigration, Trump has been aggressive and angry in saying that it is a problem that needs to end and he will do it by force. He is putting up physical barriers, and he is separating children from their families of those who are alleged to come to the US without visas.

The Democrats and the business community say that the entry of blue collar workers from Mexico helps the US economy. Silicon Valley has been insistent that Trump's proposed denial of business visas to Indian software engineers will harm the businesses there. But for Trump and his supporters the issue is clear: America needs to be kept pure. Mexicans are rapists and criminals and Indians are taking away the jobs that should rightfully go only to American citizens. Trump refers to nations that are not white as "shit-hole countries". This is the sort of violent rhetoric that when injected into the political debate inspires and produces violence. It is not surprising that if you look at the instance of such things in the West in the recent past, it is members of the 'Right' who have been responsible. An American member of the House of Representatives (their version of our Lok Sabha), Gabrielle Giffords, was shot in the head in 2011, by an individual who identified with the Tea Party, the extreme wing of the Republican Party. In 2016, Jo Cox, a woman in the United Kingdom version of the Lok Sabha, the House of Representatives, was shot and killed by a man who opposed her pro-immigration policies and called her a "traitor to White people." This happened in the lead up to the vote on Brexit, when the most important issue was that of immigration.

In all of these instances, and in others, there is a common theme. The individual very strongly identifies with simplistic and usually highly nationalistic positions that are drawn out by political leaders. He (and the individual is usually a he) thinks of those of different views as being traitors and enemies. It is astonishing that the debate in America has descended to such a low level that even a former president like Obama are now seen as anti-national.

Now let me turn to that individual who I was speaking about at the beginning. He came as part of the group that was raiding and he seemed like a calm and intelligent man. The organisation that he belonged to was from the Ministry of Finance. However, almost exclusively, their interest was in the work that we were doing that they thought of as being "anti-national". One of them even used that specific word.

I was astonished that this was happening now even inside the government. The nastiness and the hatred and the anger of our television debates, which reduce complex issues to very simple and childish propositions, have become not only mainstream but a part of the establishment. I tried, calmly, to reason with him, but he stopped me. He said he was getting angry and there was no point in listening to this any more.

We have come to a dangerous pass in this country and we have arrived here very quickly. We see large numbers of people, including particular communities, as enemies. But enemies of what? The answer is that it is enemies of the worldview and politics that one side holds. If you do not belong to that side, you hate your country and you are working against its interests.

The lynching that we see around us so frequently these days is the same manifestation as that madman sending bombs to people he sees as Trump's and his own enemies. Violence is being produced by political rhetoric and all of us are getting infected by it. We need to take a deep breath and consider what is happening around us as we head into a long and angry path to the next election.