For Sharma, leaving his imprint in whatever job he is given is a habit which has won him not only followers but also adversaries 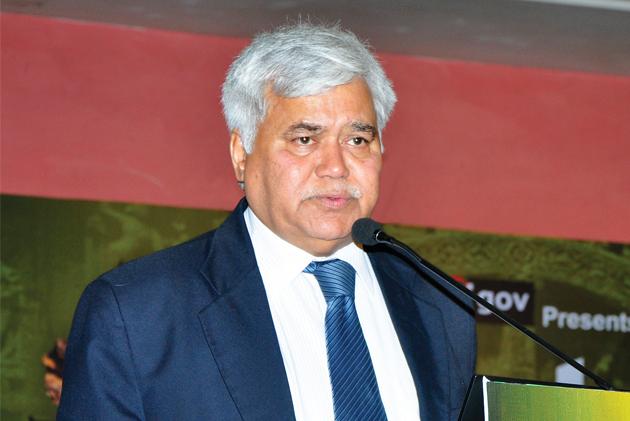 As the story goes, Telecom Regulatory Authority of India (TRAI) chairman Ram Sevak Sharma, applied for the post "purely by accident". His friends and peers had to push him to apply. In fact he was even reluctant to go for the final interview. But in just seven months in the chair, he has left an indelible mark on the position which has traditionally been at loggerheads with the telecom industry and the government.

Earlier this week, Sharma helmed a decision by TRAI which will go a long way in defining the way Internet functions in India. He orchestrated a decisive negative verdict against Facebook's Free Basics initiative and differential pricing or zero rating schemes by telecom players.

In an environment with a strong global adversary in Facebook and a powerful telecom lobby in play, it was not an easy decision to come out with. His success, say both his friends and opponents, is because he has a way with the government. Many also say that Sharma, a career bureaucrat, has the PM's blessings—one of the reasons he was chosen for the TRAI chairman's post in direct competition to many other accomplished applicants.

For Sharma, 61, leaving his imprint in whatever job he is given is a habit which has won him not only followers but also adversaries who hate his guts and coercive style of working. His friends recall him as an aggressive and decisive bureaucrat who would get results and solutions even in a punishment posting. For instance, as head of Transport Department in Bihar, Sharma, introduced computerisation of the department and regularised its working. Similarly, once shunted to the Provident Fund department in Bihar, Sharma landed up computerising the entire department's data and records for the state.

It is quite clear that Sharma knows his way to work through the government and ministers to achieve results, signs of which dot his career. He can take decisions and stand tough against political pressures on crucial issues. Says Mahesh Uppal, director, Comfirst, "He knows how to work with the government and how to handle the ministry and DoT. He is by and large measured and has the willingness to work with the system. He has the tact and therefore there is no serious tension between him and the government." That also explains why, Sharma could come out with an anti Facebook verdict even when the PM himself aligned with Facebook and showed great bonhomie with the social media giant and its founder only a few months ago.

One of the most important posts he held so far was as the director general and mission director of the Unique Identification Authority of India (UIDAI) where he was handpicked by IT wizkid Nandan Nilekani and was instrumental in the execution of the project even though Nilekani was its public face. Says Nilekani, "He was introduced to me by a common friend and he was the second employee at UIDAI after me. But he was the Aadhaar (foundation) of Aadhaar and actually ran the project while I looked after the environment and the media. The Aadhaar project got done just because of his action orientation. He has an outcome orientation which is so important to get results in any project."

As always, there are two sides to a story. Many people feel that his stint as Secretary Department of Electronics and Information Technology was rather mild and he was unable to do much despite being the top man. Yet he was instrumental in pushing through one of the most crucial policies in the ministry at the national level —the Collaborative Application Development policy which talked of opening the "source code" of applications. All the source code to be developed was to be shared on a common platform to provide a common repository of source code that could be accessed by different government entities. Even before this, Sharma had initiated a similar move when working as the IT secretary in Jharkhand.

Having come from modest beginnings in Firozabad, Sharma has worked his way to crack the IAS in 1978 and did his MSc from IIT Kanpur before joining the service. While working for the government he went to the University of California Riverside to do an MS in IT. An avid programmer and one with a keen interest in computer systems, he brought in his computer mind to whichever project he did and introduced streamlining of systems and computerisation to many departments.

His long-term friend, educationist Ashok Singh, who has been with him since 1975 remembers how Sharma, following his deep interest in programming and doing things by himself, used to frequent Delhi's Nehru Place in search of books on different aspects of computer programming, a learning he put into practice wherever he went. "He started computerisation in Begusarai in Bihar as District Magistrate in 1984-85 when Rajiv Gandhi had just started talking of computers. He also introduced computerisation of elections and public grievances," recalls Singh.

In Purnea where too he was District Magistrate in the later 1980s, there are many stories. Says another close friend of three decades, "Sharma computerised land records in Purnea and regularised the systems from the clutch of landlords in a place which was nothing short of anarchy. Later he also regularised school records to keep a check on teachers' vacancy and appointments." In 1986, he also wrote a program in programming language Dbase that would keep a record of all stolen firearms in a crime-prone district he was posted in. Needless to say, he always stood out and was transferred nine times in a span of six years in Jharkhand.

Most people know him for his decisiveness and his ability to reach the centre of a problem and find solutions. Says Uppal, "It is true that he is decisive. Sharma has shown certain willingness to take the bull by the horn." In more recent times, his handling of the Facebook issue has won him many friends among those fighting against it. Says Sunil Abraham, executive director, Centre for Internet and Society, "Sharma has introduced the concept of regulatory equity to bring in cleaner solutions. In two months he has come from a consultation paper to a notification regulation which is unprecedented for the TRAI."

Obviously, in the present environment where he has rubbed the powerful telecom lobby the wrong way, not many are happy with him. Says a top official from one of the top three telecom companies on the condition of anonymity, "The regulator has to take a balanced view which is not happening here. He cannot just pass his own view. What is happening in Sharma's regime is that directives are being passed in spite of. He has not demonstrated any ability to carry the industry with him. Khullar brought in some gravitas to the role of the regulator. Unfortunately that is lost in the last few months."

Despite his critics, Sharma throughout his career has maintained a clean image, one that is non-controversial and there are no charges of corruption against him despite all his achievements. His biggest ambition now is to open a school in his village near Firozabad, an aim he is actively pursuing now because he feels that "there are 100s of Ram Sevaks in India who are not getting an opportunity to make it big in life." That would make for a good Facebook profile.