The Naga Path: Search For The Healing Touch

The ordinary Naga persons’ yearning for peace and normal calm in the ordinary rounds of life is like a clawing painful heartache lodged in the head. 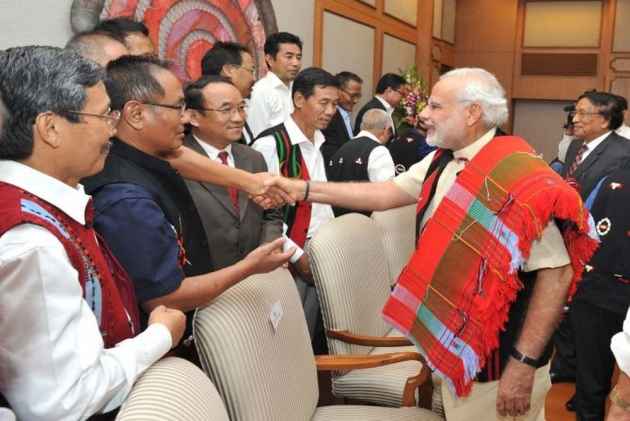 THE LATEST CALL FOR RECONCILIATION RESOLUTIONS PASSED AT PAC MEETING ON MAY 11, 2018

As an outcome of the meeting, the following resolutions stands adopted:

1. The House conveys its deep gratitude to the Government of India, NSCM IM and the NNPG working group for the sincere efforts made in the Peace Talks.

2. The House strongly urges upon the negotiating parties of the Indo-Naga political dialogue to expedite the peace process and bring the negotiations to a logical conclusion through a political solution that is inclusive, honorable and acceptable to the people whilst upholding the unique history and political rights of the Nagas. The House endorses the wish and desire of the people for early solution to the vexed Indo-Naga political imbroglio and the aspiration of the masses for lasting peace, which will pave the way for progress and development. The House is of the opinion that 21 years of ceasefire and dialogue is more than sufficient for the negotiations to be concluded in an acceptable manner.

3. The House appeals to all sections of the people to come together under a spirit of unity and oneness in order to strengthen the peace process and create an atmosphere that is conducive to make the implementation of the peace accord successful for ensuring growth and development.

4. The House while appreciating the positive approach of the NNPGs, further appealed to all the other Naga national political groups to come together under the spirit of unity and join the political negotiations in the greater interest of the people. The House further appeals to the NSCN (K) to return to the negotiating table and restore its ceasefire with the Government of India to enable an all-inclusive peace process and work towards an early solution in the interest of all Nagas.

5. The House appreciates the stand of the State Government to pave way for any alternative arrangement that may come about as a result of the political solution.

(Linda Chhakchhuak is an independent journalist)