An appraisal of one of the world's best bridge players, and a tough problem... 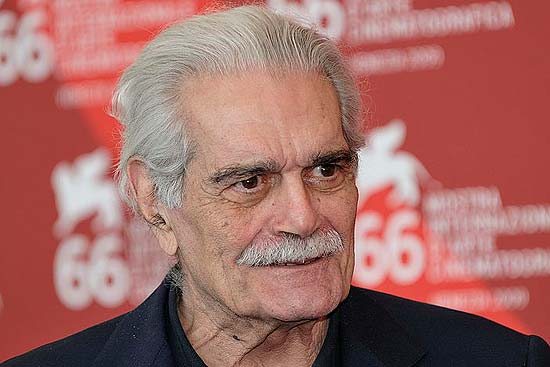 Omar Sharif (1932-2015) was the first Middle Eastern actor to break into Hollywood. When news of his death came through, bridge players felt the loss especially keenly. For, quite apart from his acting talent, Sharif was also one of the world's best bridge players and bridge evangelists.

He wrote a long-standing column for the Chicago Tribune, he endorsed bridge programmes and he would go anywhere and do anything for bridge. He came once to Calcutta, in the 1970s, when India was a bridge backwater. He rearranged shooting dates to play tournaments.

Good bridge requires IQ and EQ (Emotional intelligence Quotient). It's no accident that smart successful people like Warren Buffett and Bill Gates are bridge fanatics (partnering each other sometimes).

The IQ-specific skills include card-counting, calculation of successive plays, and applying logic and memory to deduce who holds which cards. EQ is necessary to maintain rapport and communicate with a partner.

Good players also have "table presence", which is an awareness of body language. If an opponent is thinking hard when there is no apparent problem, a player with table presence can work out why. Vice versa if an opponent is half-asleep when he/she should be thinking, there may be a reason. (Under bridge law, it is cheating to pretend to be thinking when there is no reason to think. But it is okay to play fast when you "should" be thinking! The discussion of claims of "Violation of Propriety" as this law is known, often leads to much bitterness and hilarity.)

Unlike chess, poker or maths, bridge skills usually peak late in life and many players have excellent results late into old age. The EQ component takes time to acquire. Computer bridge programmes are not (yet) in the same league as the best humans. EQ is hard to program for both humans and machines.

Getting on with partner is always tricky. When wires get crossed, tempers fray. There have been several cases involving the murder of bridge partners and countless physical assaults at the bridge table.

The best-known murder is probably the Bennett case. In a nutshell, Mr Bennett slapped Mrs Bennett for criticising his poor play and she shot him in retaliation. The sympathies of every player should be on Mrs Bennett's side. Not only did she refuse to be a hapless victim of domestic violence, she was correct in her scathing analysis of her husband's play.

Sometimes partnerships do well despite the players hating each other. One legendary partnership, the world champions, Erica "Rixi" Markus & Frederica "Fritzi" Gordon were often not on speaking terms. Gordon-Markus were referred to in bridge circles as "Frisky"& "Bitchy" because of epic post-mortems where they called each other (and often the opposition!) names. Yet, they won consistently at the highest levels.

Competitive bridge and social bridge also have different rules. Social rubber bridge involves luck because results depend on the cards dealt. Competitive bridge tries to eliminate luck. The same hand is played multiple times. The results are compared. This duplicate comparison reduces luck. Better players will do better with the same cards, at either team of four or pairs.

But sadly, bridge hasn't exploited the Internet very well. In contrast, poker and chess saw explosive gains in popularity, post-Net. Fans can get a poker game, or play chess 24x7. Tournaments are streamed out real-time, with champions explaining why they played the way they did.

Bridge has not really put together similarly popular online modules. While online play is popular, a lack of partnership rapport is a barrier to great online bridge. Also online play knocks table presence out. If a player is slow, it is impossible to tell if this is lag on a bad connection. Hesitation in terms of pulling out a card and then another, is also invisible.

Sadly, Sharif was in his 70s by the time the social media and the Youtube revolution happened. There isn't much footage of him playing on the Net. There are descriptions of hands played by the Circus but those are abstruse. As a long-time bridge addict, I hope bridge does figure out how to make itself visible in the digital era. Otherwise the game's player base will gradually dwindle and vanish.

To wind up, here's a small math problem based on bridge.