The Past Lives On

Everyday news reports talk about the depredation of some “jihadi” group in some part of the world—the most recent, the killing and kidnapping of Nigerian girl students 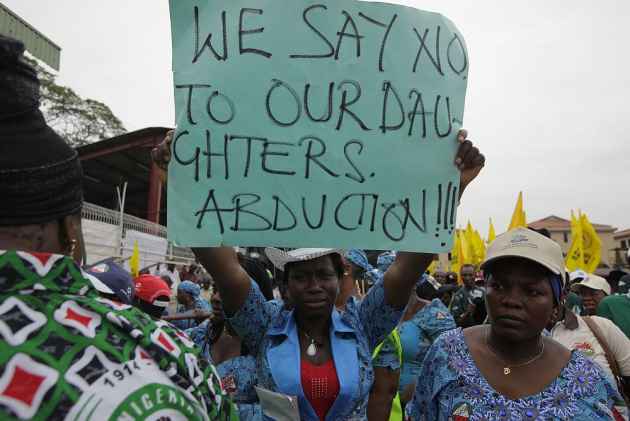 Everyday news reports talk about the depredation of some “jihadi” group in some part of the world— the most recent, the killing and kidnapping of girl students by the Nigerian group popularly known as Boko Haram. The group calls itself Jama'atu Ahli s-Sunna Lidda 'awati wa -l-Jihad, or "People Committed to the Propagation of the Prophet's Teachings and Jihad."

The near-automatic calls for jihad in areas of conflict like Syria or Somalia or Nigeria immediately complicate foreign relations. But these are not a new phenomenon and historically have delayed military and humanitarian aid to people in most desperate need.

Likewise, the religious arguments against jihad are not new. The stigma of jihad has become a religious birthmark in the post 9/11 world, and it is hard to imagine that there was a time when Islam was justifiably regarded as a religion of quietism even when under provocation. Did Islam really sanction the kind of jihad now in newspaper headlines?

The question is why jihad movements have become so widespread and what authoritative evidence was offered in their support. Responding to hostile measures against Muslims, jihad was ostensibly promoted as the struggle against unbelief, mostly taken up with issues arising out of Muslim society. The West African situation may be instructive in this regard.  Full-blown jihad movements that dominated much of the 19th century there were mounted for various reasons, mostly about righting wrongs among Muslims and not about converting non-Muslims. As such, jihad was hotly contested, nowhere more so than with the jihad of Usuman Dan Fodio, waged between 1804 and 1808 in northern Nigeria. The creation of the Fulani empire and Sokoto caliphate by the missionary turned revolutionary warrior was regarded as a paradigm event though, in time, Dan Fodio himself led the charge in repudiating the jihad, denouncing those committing crimes and “undertaking raids to seize women as slaves.”

Coercion warps belief. Warfare in the name of religion carries the same risks as religious collusion with the state as machinery of coercion, and the Koran declares that “it is not for a soul to believe except by Allah's permission,” 10:100.

In Islam’s formative period, the jurists claimed independence from governors and rulers in creating structures for society. Religious scholars and the Sufi orders strengthened that work, competing with political authorities concerning legitimate responsibility for Islam’s moral heritage. In the process, rulers restricted the roles of state-appointed religious scholars, leaving large areas of spiritual guidance in the hands of Sufi teachers and other religious leaders.

Scholars historically warned against religious coercion. For example, Ahmad Baba, leading scholar of Timbuktu cited in Social History of Timbuktu: The Role of Muslim Scholars and Notables (1983), cautioned religious scholars “against being close to tyrants and befriending them or seeking them out and entertaining companionship with them. Such quest after the rulers of this passing world and its lowly and waning rewards is reprehensible.”

And as sultan of Egypt, Saladin declared the faith of anyone who converted to Islam under duress to be null and void. Availing himself of that rule, Jewish philosopher Moses Maimonides fled to Cairo where he renounced his forced conversion in Almohad-ruled Spain.

‘Abdullah, the son of Dan Fodio and a scholar in his own right, bemoaned the state in which love of power had turned fellow-believers into rapacious mercenaries whose purpose was none other than the desire to take land and pursue rank, status and pleasure. As the father of the jihad cause, Dan Fodio was quick to note its moral cost and issued sharp warnings about a reform agenda betrayed by unscrupulous leaders. He complained of the corruption of justice through bribery, the predatory practices of provincial officials, the sale of offices, and embezzlement. He accused officials of flouting the laws on marriage and concubinage, and undertaking raids to seize women as slave concubines.

Later in the 19th century, Muhammad al-Kánemí, jurist and sultan of Borno, saw the weakness of the jihad argument and moved to expose it by asking why fellow Muslims were targeted. He insisted that war was not intended to determine faith, and urged tolerance in the face of disagreement.

According to a hadith, among the collection of sayings from the Prophet, Muhammad is reported to have responded, when asked whether Muslims should not fight against bad rulers, “No, not so long as they say their prayers.” The question tried to justify jihad, and Muhammad’s response took away the pretext. Falling short of an ideal is no ground for jihad. Following that logic, al-Kánemí insisted that the present age is not created to be “more virtuous or stronger or more learned than the first Muslims,” according to Thomas  Hodgkin in Nigerian Perspectives (1960). Otherwise, the jihadists would impose on future generations the notion of chasing an ideal that never existed.

“No age and country,” al-Kánemí persisted, “is free from its share of heresy and sin.” He warned that common failings would become grounds for escalating mutual condemnation among neighbors.

Jihad was a liability during colonial rule. Despite the early resistance, British rule in North Nigeria “was in many ways helpful to Islam” by protecting the religion “from a tide of social and political change that might, under other circumstances, have overwhelmed the by now enfeebled Sokoto caliphate,” as observed by Mervyn Hiskett, scholar of Muslim Africa, in The Course of Islam in Africa (1994).

Jihad left society divided and exhausted; colonial rule provided stability that helped reinvigorate Muslim ethics, the civil code and spiritual life. “The need to come to a new interpretation of the doctrine of jihad was felt after the defeat of the jihad movements,” suggested Rudolph Peters. Islam and Colonialism: The Doctrine of Jihad in Modern History (1979), with Muslim leaders accepting the fait accompli reality of Western control as posing little risk to Islam’s ethical heritage. Some went further, saying Islamists and other radicals posed greater threat to Islam than communism and secularism. According to Abdel Wahad al-Effendi of Sudan, as described by Gilles Kepel in Jihad: The Trail of Political Islam (2002), the “Islamists can strike in its most vital places, where its enemies have never yet managed to inflict a wound.”

In reflecting on the challenges facing Islam in a post-colonial world, Mamadou Dia, the Muslim prime minister of an independent Senegal before he fell out of political favor, engaged in an exchange with Leopold Sedar Senghor, a Catholic and the country’s founding president, as described by Kenneth Cragg, The Pen and the Faith: Eight Modern Muslim Writers and the Qur’an (1985). The two men converged on lessons drawn from the ideas of Jesuit philosopher Teilhard de Chardin, about the human spirit as a common bond. Drawing on the resources of Koranic scholarship, Mamadou Dia commended the cause of a common humanity as the necessary historical context for “the return to God.” He viewed the community of Muslims, or ummah, as a spiritual force, giving Muslims a volitional Islam committed to a common human destiny.

Lamin Sanneh is the D. Willis James Professor of Missions & World Christianity, professor of history, and professor of international and area studies at Yale University. He has written extensively on Islam and society with special reference to Africa. This article is based on his forthcoming book, tentatively titled, Beyond Jihad: Pacifist Impetus in Muslim West Africa and Beyond, Oxford University Press. Rights: Copyright © 2014 The Whitney and Betty MacMillan Center for International and Area Studies at Yale. Courtesy: YaleGlobal Online