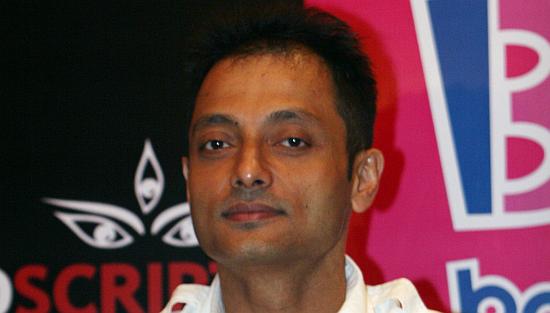 The director of this year’s phenomenally successful thriller Kahaani spent early years of his life in Kolkata before moving to the UK where he did engineering and MBA. He moved to Mumbai to make his directorial debut in 2003 with the delightful musical tribute to R.D. Burman, Jhankaar Beats. In an interview with Namrata Joshi he talks about, Kolkata, Bengali cinema and more.

What are the strongest memories of your early years in Kolkata?

Playing. Running out of the house on the dot of 4 pm. Dad had a strict rule. The moment street lights came on I had to be back inside the house. Those days a man used to come and physically turn on the lights. He was my worst enemy.

I was quite contained within my environment of school, playground and local library. The library was the best thing that happened when I was growing up. The number of times I got a thrashing from my father because of that library! I used to go there and never come back till dad came looking for me.

I also remember when we got out first telephone. That was so cool. I remember going to the telephone exchange and proudly carrying back a telephone directory. Getting an updated edition was a ritual.

And letters. My Ma was abroad so letters played a strong role in my life.

Then as I grew older “Adda” played a huge role. God bless those who made the stone staircases in front of their houses. To just sit and yak, minimum two to three hours a day.

Not many actually. When I was growing up I was not much of cinema person. And also there was not a custom to go and see a Bengali film at the cinemas. Rare outings were reserved for Hindi films. I actually went for the potato chips. I only saw two Bengali films at the cinema because my grandmother wanted to see them and I was her favourite escort. One of these was Krisna Sudama and the other was Chaander Pahaar.

Then as and when TV came in— very late in our house— I started seeing Bengali cinema. But even then sparingly. There were so many other things to do, like the “adda”.

The only film, which managed to hold me at that time, on television, was a film called Ganga by Rajen Tarafdar. I don’t know what it was but I just enjoyed seeing the film. Somewhere I could relate to it. That’s it. I was just glued to the screen.

Was Bengali cinema a significant influence at all considering you moved to London quite early in your life?

Not really. I didn’t understand cinema much till I left India. From 1978 the only thing I understood was Amitabh Bachchan. I middle parted my hair and converted.

But as I learnt more about film makers when I was in the university I went back to makers like Satyajit Ray, Tapan Sinha, Rajen Tarafdar, Tarun Majumdar. Not because they were some off-track directors but they were genuinely good story tellers, they got your attention.

Also I was very taken by actors like Utpal Dutt, Robi Ghosh, Anoop Kumar, Chobi Biswas, Uttam Kumar and Soumitra Chatterjee. And somewhere in between I fell completely in love with Tanuja.

Did British/European/Hollywood cinema have a sway on you then?

Over the years the techniques, the visual presentations, the whole technical platform did have an influence. Because the presentation differs between, as Ray said, our films and their films. Also the choice of subjects. The first foreign film I ever saw was Luis Bunuel's That Obscure Object Of Desire. I saw it for the nudity but somewhere I got very confused by the two heroines and impressed by the movie. So I realized stories can differ.

Why didn't we see you do a Bengali film? Why Bollywood?

I love Hindi cinema. Sounds clichéd but I genuinely do. And Amitabh Bachchan. Seriously there is nothing more to it. That man is to be blamed for me joining Hindi cinema.

Bengal was a great influence on Bollywood in early days, during Saigal's times and later with Bimal Roy etc. The hold started waning in the 60s. Why?

I honestly wouldn’t know. But if I were to take a guess it would be probably because they did not keep up with the change. One cannot ignore the pace at which the audience is changing. The demands are changing and the basic expectations are much higher than what they used to be. For example earlier any bank would do, now a basic demand would be facilities for internet banking and ATMs. An MBA is like a degree level requirement. So like that even in films we have to keep up. Audiences are much more global now and accordingly we have to cater to them.

Last few years have seen a burst of Bengali talent in Bombay cinema. Why?

I would keep it to a co-incidence. I think its unfair to suddenly create a Bengali boom. There are others who also make equally good films if not better. It’s a Friday to Friday story.

In what ways is their art and craft different from mainstream Bollywood? What new trends have they set?

Maybe the choice of subjects. Because most of us are in our forties, at least I am, and our growing up is more local books and local knowledge. Whereas kids today would probably choose a subject which is more global. Also you need to understand that at my age I have seen a lot of life so somewhere those experiences help to tell my story better.

Do you keep tabs on new Bengali cinema? Any films/filmmakers who have impressed you?

Rituparno Ghosh by yards and miles. Probably the best writer-director we have today.

Kolkata has not often been the setting for contemporary Bollywood films…

I am guessing because the one who writes needs to know Kolkata in order to represent. Even, for example, in Kahaani, none of my writers could set the film in Kolkata because none of them knows the city. But because I knew, I could. Similarly if I was to set a film in Rajasthan or KeraIa it would be completely lost. I would run to my writers Nikhil or Suresh. Every city comes with its unique features, and the more you know the better it is.

Any films that you remember which portrayed Kolkata in an interesting manner?

Not really. I remember a Kamal Haasan film called Mahanadi which used Kolkata very interestingly. But apart from that I can’t. I am sure there is but I am not aware.

How do you respond to Kolkata and how did you attempt to portray the city in Kahaani?

I kept it to Kolkata as I knew it. The way I was in and still am in love with Kolkata, I just kept that. For me the people in Kolkata make Kolkata. You need to know the people. So when I was writing I made sure you are introduced to every single Bengali in the film. Then whether you like them or not is another question.

How often do you go back to Kolkata? How close are you to it?

As time and money permits.

And what is a must do for you there?

Chilly Chicken is a must for me. The Chinese in Kolkata is very good. Places like Mandarin, Jimmy’s Kitchen is a must. Also tiny hotels like Tarun Niketan where you can eat your guts out for Rs 90.

People say Kolkata has lost its glory. Would you agree/disagree?

I don’t live there, so its easy for me to refute. But I guess whoever says that while living in Kolkata must have their reasons. But I like Kolkata as she is.

Would you go back and settle there?

Not now. I have Hindi cinema to make. Maybe later in life. When I can just sit and “adda maara” the whole day.