The Perils Of PMO's Hyper-Activism

There have been half-dozen avoidable bungling that have happened in a span of six months. 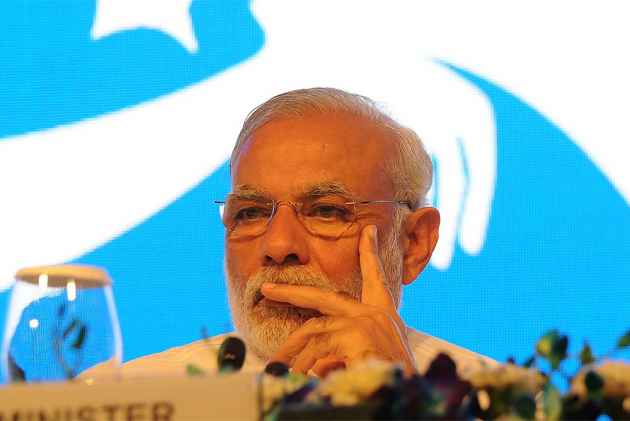 When Narendra Modi took the reins in May, 2014, his best USP has been a pledge to adhere to orderly decision making and prompt implementation. This was in the backdrop of a 'paralysed' government under a 'weak PM'. Modi's dictum 'less government, more governance' had instantly established the right cord with the business as well as middle classes. Since then the new PM had introduced several administrative initiatives like time-bound clearance of files and a tight leash on the bureaucracy and ministers.

This is a fact even his worst critics will have to concede. But ?a?midst such hopeful signs are the PMO's hyper activism that have wrecked havoc with policy outcomes. The first is a tendency to resolve complex problems through seemingly simple solutions. The other is the practice of the PMO to undertake hazardous operations short-circuiting the concerned ministries. This is a deadly mix that can lead to disastrous consequences.

Look at the half dozen avoidable bungling that have happened in a span of six months. These range from the chaotic outcome of the $20 billion deal for 126 multi-role medium combat aircrafts and increased uncertainty over talks on Iran's Chabahar port. Then came the confusion created by a hasty announcement of the 'historic' Naga accord. Each of these flip-flops follows a certain pattern. The announcements are always dramatic and aimed at scoring psychological points. They are designed to highlight the PMO's superior attributes to undertake delicate diplomacy.

Consider the Rafale deal with France. On April 10 last during his visit to France, Modi announced the decision to buy 36 MMRCA off-shelf on a government-to-government arrangement. This was a big surprise because it meant the virtual scrapping of the original deal to build bulk of the 126 aircraft in India. Why did the visiting PM agree to scrap the original MOU for technology transfer and his own make-in-India norm in the first place? What will happen to IAF's need for 126 fighters the search for which had already dragged on for a decade? Will it have to undergo the whole drill even if a compromise is struck for 36 fighters?

Rafale was selected during the UPA regime from among half dozen contenders after extensive field trials. The Russians were disappointed as their SUs were rejected. The US envoy had to resign admitting failure to push the claims of Lockheed. While PM was announcing the scrapping of the original MOU, defence minister, who was in India, pleaded ignorance about the details. That much for the coordination. Moreover, the defence acquisition panel gave its mandatory go-ahead for the PM's Paris deal almost five months after on September 1. The PMO had given two reasons for the direct purchase. First, in the changed geopolitical scenario India needed immediate acquisition of 36 aircraft to shore up defence. Second, France has offered a very favourable off-shelf price.

Five months, and the emergency purchase is still in trouble. French firm Dassault later went back on the price which was supposed to be $5 billion. They also wanted to avoid India's offset rules under which 30 per cent of the proceeds will have to be invested in India. Clearly, the deal was prematurely announced even before finalizing the details. French defence minister was in India earlier this month. Now India is under pressure make further concessions to French.

Proclivity to headline-grabbing announcements has led to a similar fiasco on the Naga talks. This epitomized the ill-effects of immature decision making, bad PR and wrong timing all in one. Suddenly on August 3, the PM unveiled a 'historic' Naga peace accord with Isak Muivah. The latter's presence along with Modi on the stage was projected as another diplomatic breakthrough after the successful border deal with Bangladesh.

But like other similar misdemeanors, the Naga glory was so short-lived. And the government conceded that it was only a 'framework'. Clearly the gambit has badly backfired on the PMO. Muivah later asserted that PMO knew that he had not dropped the demand for either sovereignty or Nagilm. Apart from protests in adjoining north-eastern states, three rebel outfits have rejected it. Thus instead of narrowing down tension the PMO gambit has only hurt the old wounds.

Talks on Chabahar port in Iran provide a classical case of how premature publicity and self-boast can spoil the quest for a significant strategic advantage in a sensitive region. There was some headway in talks with Iran for Indian participation in the construction of the port and a railway line connecting it. Delicate negotiations have been going on for quite some time. Then the senior minister who has been handling the deal on behalf of the PMO had in May revealed this breakthrough with aplomb. This will, it was said, open to serve Indian outreach in the region to Afghanistan and beyond and help us counter China's 'string of pearls'.

Then the Iranians seem to have developed cold feet apparently due to the rival lobbying. Indian side was later told the contract for the port work has been given to a local firm Aria Badaner. Also, there are fresh hurdles even in Indian offer to build a rail line connecting the port. Everything has been sorted out, Nitin Gadkari proclaimed last month after meeting the Iranian foreign minister. But he declined to reveal details.

Even on a minor issue like the case against Italian marines, Rome has blamed an Indian minister's faux pas for the failure of backroom negotiations. Incidentally, the PMO has a valid explanation for sidelining the ministry experts and think tanks. Their inputs are of little value and the long procedures even hampered quick and smooth action.

P. Raman is former political editor of the Economic Times and Business Standard