The Primal Formula to Reclaim Our Lives

We don't have to give up our washing machines and computers and spectacles to shed our ecological boredom and recover some measure of the freedom that has been denied to us. 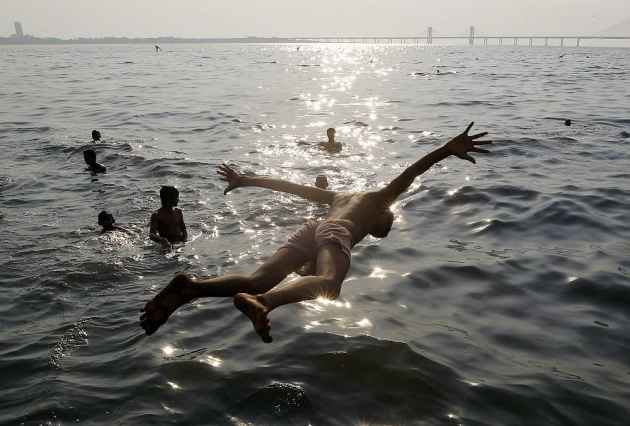 Live free or die: this is the maxim of our age. But the freedoms we celebrate are particular and limited. We fetishise the freedom of business from state control; the freedom not to pay taxes; the freedom to carry guns and speak our minds and worship whom we will. But despite – in some cases because of – this respect for particular freedoms, every day the scope of our lives appears to contract.

Half a century ago, we were promised that rising wealth would mean less work, longer vacations and more choice. But our working hours rise in line with economic growth, and they are now governed by a corporate culture of snooping and quantification, of infantilizing dictats and impossible demands, which smothers autonomy and creativity. Technologies that promised to save time and free us from drudgery (such as email and smartphones) fill our heads with a clatter so persistent it stifles the ability to think.

Public spaces in our cities are reduced to pasteurised piazzas, in which loitering without intent to shop is treated as suspicious. Protest is muted by dozens of constraining laws. Young people, who have no place in this dead-eyed, sanitised landscape, scarcely venture from their bedrooms. Political freedom now means choosing between alternative versions of market fundamentalism.

Even the freedoms we do possess we tend not to exercise. We spend hours every day watching other people doing what we might otherwise be doing: dancing, singing, playing sport, even cooking. We venture outdoors to seek marginally different varieties of stuff we already possess. "Getting and spending, we lay waste our powers / Little we see in Nature that is ours," wrote William Wordsworth1, and it is truer today than it was then.

We entertain the illusion that we have chosen our lives. Why, if this is the case, do our apparent choices differ so little from those of other people? Why do we live and work and travel and eat and dress and entertain ourselves in almost identical fashion? It's no wonder, when we possess and use it so little, that we make a fetish out of freedom.

Perhaps we have forgotten the bitter complaint made by Benjamin Franklin in 1753. "When an Indian Child has been brought up among us, taught our language and habituated to our Customs, yet if he goes to see his relations and make one Indian Ramble with them, there is no perswading him ever to return."2 But when European Americans "have been taken prisoners young by the Indians, and lived a while among them, tho' ransomed by their Friends, and treated with all imaginable tenderness to prevail with them to stay among the English, yet in a Short time they become disgusted with our manner of life … and take the first good Opportunity of escaping again into the Woods, from whence there is no reclaiming them." In 1785 Hector de Crèvecoeur asked two European refuseniks why they would not come home. "The reasons they gave me would greatly surprise you: the most perfect freedom, the ease of living, the absence of those cares and corroding solicitudes which so often prevail with us."3

We arose in a thrilling, terrible world. The African savannahs on which the first hominims evolved were dominated by sabretooth and false sabretooth cats, giant hyaenas and bear dogs. When human beings arrived in the Americas, 14,000 years ago, they found ground sloths the weight of elephants; a beaver eight feet from nose to tail; armadillos like small cars; giant lions and sabretooths; short-faced bears whose shocking armoury of teeth and claws suggests they drove giant lions and sabretooths off their prey. A bird in Argentina had a wingspan of 26 feet. Fanged salmon nine feet long migrated inland from the Pacific coast.

We carry with us the psychological equipment, rich in instinct and emotion, required to navigate that world. But our survival in the modern economy requires the use of few of the mental and physical capacities we possess. Sometimes it feels like a small and shuffling life. Our humdrum, humiliating lives leave us, I believe, ecologically bored.

At times this sensation has overwhelmed me. It happened in a newly-discovered bone cave in southern England. The walls and floor were encrusted with calcite crystals, that glittered in the torchlight. One of the archaeologists with whom I was exploring it handed me the atlas vertebra of a Bronze Age cow. Then he picked up another bone, this time with both hands: another atlas vertebra, but monstrous. "It's the same species as the first one. But this is the wild version. The aurochs." As I turned it over in my hands, feeling its great weight, I experienced what seemed like an electric jolt of recognition. It felt raw, feral, pungent, thrilling. The colour seemed to drain from modern life.

I felt it again when stalking up a tidal channel with a trident, trying to spear flounders. After two hours scanning the sand intently for signs of the fish, I was suddenly transported by the fierce conviction that I had done it a thousand times before. I felt it most keenly when I stumbled across the fresh corpse of a deer in a wood. I hoisted it onto my shoulders. As soon as I felt its warmth on my back, my skin flushed, my hair stood on end and I wanted to roar. Civilisation slid off like a bathrobe. I believe that in these cases I accidentally unlocked a lumber room in the mind, in which vestigial faculties shaped by our evolutionary past are stored. These experiences ignited in me a smouldering longing for a richer and rawer life than the one I lead.

Unless we are prepared to reject civilization altogether and live in the woods, there is no complete answer to this predicament. But I think there is a partial one. Across many rich nations, especially the United States, global competition is causing the abandonment of farming on less fertile land. Rather than trying to tame and hold back the encroaching wilds, I believe we should help to accelerate the process of reclamation, removing redundant roads and fences, helping to re-establish missing species, such as wolves and cougars and bears, building bridges between recovering habitats to create continental-scale wildlife corridors, such as those promoted by the Rewilding Institute4.

This rewilding of the land permits, if we choose, a partial rewilding of our own lives. It allows us to step into a world that is not ordered and controlled and regulated, to imagine ourselves back into the rawer life from which we came, to discover, perhaps, the ecstasy I experienced when I picked up that deer. We don't have to give up our washing machines and computers and spectacles and longevity to shed our ecological boredom and recover some measure of the freedom that has been denied to us. Perhaps we do need to remember who we are.