'The problem is that BJP never has answers' 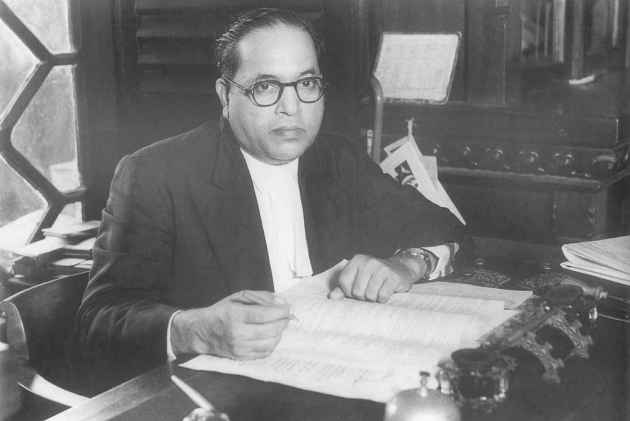 It has been an exciting birth anniversary for BR Ambedkar, the jurist, politician and economist whose contribution to the Constitution and social reform are legion. The RSS-BJP and the Congress are fighting over his legacy and memory, even as Dalits celebrate their icon across the country. In an interview with Pragya Singh, Chandra Bhan Prasad, political commentator and advisor to the Dalit Indian Chamber of Commerce and Industry (DICCI) talks about how Dalit entrepreneurs are shaping India's future, and why Dalits revere Ambedkar even more in liberalised India.

The RSS-BJP and the Congress have tried to 'celebrate' BR Ambedkar's life and legacy today. Is there a difference between the appropriation of Ambedkar by the BJP and by the Congress?

There certainly is. The day before, I was in a TV studio with the editor of Panchjanya [RSS mouthpiece] which is releasing a special issue on Ambedkar tonight. The editor was saying we should consider Ambedkar "in his totality", arguing that Ambedkar was a Hindu icon who supported 'Ghar Wapsi'. When Ambedkar himself converted to Buddhism, when he was against Hindu practices his whole life, how can one even debate Ambedkar with the RSS? I find the RSS position is exactly the caste arrogance Ambedkar fought. My earnest suggestion to the editor was: "Please read the works of Ambedkar again."

The Congress style of appropriation is, I think, more on the lines of, 'Oh, you know, Ambedkar was not as opposed to [Mahatma] Gandhi as we thought.' The Congress tries to argue he did not reject the basic assumptions of Hinduism and so on — their effort is more towards watering down his sentiment, but it is nothing like what RSS does.

Do Dalit intellectuals find it objectionable that BJP-RSS are appropriating Ambedkar?

If a party, for whatever reason, is keen to celebrate Ambedkar, they are welcome to. We know BJP is trying to reach out to Dalits. A leader recently told me, we [BJP] will go to Dalit bastis. That's fine, but — Aap unsay kahengey kyaa? What will they tell them? Do they want to tell them they are sorry for their mistreatment for centuries? Do they want to say they represent a new Hindu spirit that approaches Dalits as Whites do Blacks in the United States, in reconciliation? Will they tell them they should not send their daughters to work on fields of upper-caste landlords? Do they want to tell Dalits to teach their children English? Will they tell them not to rear goats or pigs [Prasad believes cattle drains the poor of resources, particularly children, who are forced to tend livestock.] Or, are they going to Dalit bastis just to assert 'We are all Hindus and Babasahab was a Hindu icon'? The problem is that BJP never has answers.

Why then is Ambedkar a national figure today?

The 15-20 year old Dalilts today are very different from their parents. When Modi says he will revive India, beat Americans and so on, Dalit youngsters get excited. The Congress is busy marketing ration cards. The BSP is busy marketing big monuments. The new aspiration among Dalit youth is above both these. In my village [in Azamgarh] there is a lady, around my age, whom I call 'bhabhiji'. I asked her if she has a mobile phone. She told me, "Leykin button waala — one with buttons." You see, she knows she doesn't have a touch-screen phone, though she has never been to Lucknow. Can you imagine what such a woman's children aspire to? The BSP did its marketing but the monuments were Chapter One of what is a book waiting to be written. The ration cards are also a chapter. Modi started a new chapter, with dreams of India going big. My assessment is that BJP thinks Modi has given them an opportunity to reach out to Dalits in a bigger way.

What can one expect from DICCI and similar ventures? Is economic progress the big story towards 'mainstreaming' Dalits?

I believe mainstreaming is a positive thing — consider African Americans. Once, an older Black man told me that younger Black women, when they have some money, immediately get her hair straightened. You see, their hair is a signal of race — Dalits also want to go with Jain children, they want to inter-mingle. No Dalit doctor, constable, writer, officer, lecturer, etc lives in a Dalit-only community. They move to mixed neighbourhoods. And, when you go 'mainstream' you adopt many new ways. Ultimately one day what should Chandra Bhan Prasad's children do — walk separately, as they were once forced to, by force? Or should they dissolve in the mainstream? If it [mainstreaming] results from economic empowerment, we should welcome it. Dalits are still not as exposed to modern poetry, modern literature. As a result [of mainstreaming] they are getting de-radicalised, and that is a major worry, but I also worry, why should a tribal not learn English? And what will we do with Dalit aspirations if you are not going to allow them to learn English?

How is this de-radicalisation linked to BJP or RSS intervention?

Now RSS asks people to learn Sanskrit. I mean, look at it: When Dalits wanted to learn Sanskrit then you did not allow them, you created obstructions. Now when they are keen on learning English, they tell them — 'No, you have to learn Sanskrit!' I think, one day the BJP and Sangh ideology, if they do not become distinct, then the BJP will have to face a big problem [vis-a-vis Dalit politics].

What do you mean by becoming distinct?

Let's take an example. In North India people had started dropping janeu [sacred thread] and other religious symbols in the eighties and nineties. The young don't want to go around sporting tilaks, rakhis and so on. It's not an aspiration even today. But the Sangh still has this aspiration, whereas Modi is different. The BJP is going to get caught up in this struggle if it does not resolve this challenge. If they think that they can sport these symbols while walking up to a Dalit and saying 'you are my brother and sister'— that not going to work even if they try.

So you see DICCI and similar efforts as emancipation through economic progress?

The dream, I believe, should always be big. That is why DICCI adopted the slogan of creating 100 rupee-billionaires. In my assessment, India is ready now for a situation as we saw in the America of 1992, when Robert Johnson became the first dollar-billionaire. Black youth were energized, enthused by this. They understood White America has a space for them. Then came Oprah Winfrey, inspiring millions of black youth to start businesses — a money-making exercise. Let government schemes continue, maybe millions still need that kind of help, like the ration cards — but for those with aspiration, let more entrepreneurs light the way.

Is this dream of a hundred Dalit-billionaires going to come true in the near future?

Dalits have the biggest drive to succeed. They want to make a point. They have such a big ambition to prove they are not inferior as they were made to feel, that you will soon be looking at their entrepreneurial successes like never before.

Yet, the papers are littered with daily news of atrocities against Dalits…

I met a young woman in Sangli, who worked in a factory that makes cotton gloves. The factory belongs to a Dalit from her village. When I asked her if she feels humiliated working for an untouchable, guess what she said: "Paisa jaati say bada ho gaya hai — Money has become bigger than caste."

You can't say there is no atrocity of the kind I am talking about, though…

Yes, but earlier, it was one-sided. You 'punished' a Dalit for nothing — a landlord came and simply thrashed him. Now, very often, you hear of attacks on Dalits as a result of a 'clash'. That's one change. The other change today is that the attacks on Dalits are much more violent these days than they were before. Why, you may wonder? I believe that when a Dalit could have been silenced with a scolding or a slap — then why is a gun being pulled? Remember that the word "lynch" became more prevalent in America after the slaves won their freedom — after independence. That is what is happening in India as well.

Why is Ambedkar such an inspiration among Dalits?

If you see Ambedkar's photos, he was always dressed in a suit in a public place. In any school of some standing, you find children wear a shirt-pant and neck-tie. This man taught Dalits the importance of winning respectability through dress. Ambedkar also said that English [language] is like the 'milk of a lioness', a symbol of modernism, emancipation. While Gandhi said the village is where India is, or should be, Ambedkar told Dalits: 'Move to the cities!' You see, Gandhi's vision did not acknowledge how difficult it is to succeed in a village setting. That is why Ambedkar continues to inspire Dalits.