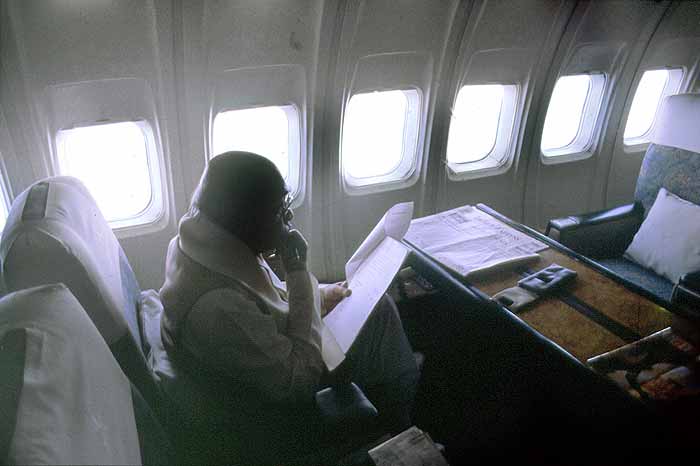 PV Narasimha Rao’s The Insider is fiction, reality and prophecy put together. Anand is Narasimha Rao himself, albeit in a semi-fictional way. In it a young comrade exhorts Anand:

“Run, Anandji, run for your life....No one gives a damn for your genius! Escape, dreamer, save your dreams and your dreaming, before they get you condemned, before they destroy the real you and set the hounds of their suborned public opinion against you—so that you may never rise again!”

These lines capture the essence and the denouement of Narasimha Rao’s political life. A dreamer; a genius; condemned; hounded; destroyed; smothered; and not allowed to rise again. Prophetic words spoken by him through a semi-fictional character. The character represents him. And it was created by him with a specific intent to represent him.

But that representation of him was only partial.

The other part of Narasimha Rao was a quintessential subversive. A conscious subversive. Every entrenched system in this country and every major concept in its political discourse were challenged by him. They hardly survived his challenge. But while collapsing, the pieces fell in place and acquired a new shape and a distinct structure.

Those who wanted to hound him, destroy him, and wanted to stop him from rising again thought they did succeed in their mission. However, what they didn’t realise is that Narasimha Rao condemned them to follow him and carry out the new mission that he announced for India. They could derive pleasure not in rejecting his path or departing from it, but only in not acknowledging that they were following his path. Their triumph actually was only in their self-delusion that they could destroy him or hound him or condemn him.

Narasimha Rao emerged from the rough and tumble of India’s electoral politics. He was not an arm-chair intellectual airdropped onto political positions and offices of state. It is only in 1991 for the first time since India embarked on elections based on universal adult franchise that PV Narasimha Rao did not contest an election. His first election was in 1952. He was unsuccessful then. His only other unsuccessful election was in 1985 when he lost his seat in Andhra Pradesh. However, he had contested two seats simultaneously then and entered the Lok Sabha from Ramtek in Maharashtra. He is perhaps one of the very few who had successfully contested largest number of elections in the country. This is an unnoticed record that makes Narasimha Rao an unlikely leader of the people. Many who make loud claims to the title of ‘mass leader’ had not won even half the number of elections that he had won. His cultivated mind and erudition mask the tempestuous electoral battles that he fought. This facet of his subverts the popular notion of a mass leader. Quietly.

Narasimha Rao was a product of the political and economic structure that was dominated by rural oligarchy. Although Zamindari was abolished by then, most of the zamindars and jagirdars were the real wielders of power. They were MLAs, MPs, Ministers and Chiefs of local bodies. The land ceiling legislation that he introduced in the early 1970s has slowly but surely destroyed this structure. It redefined rural economic and political power equations. The surplus capital from agriculture and the rural economy was forced to look for avenues in trade and industry. The spurt of industrialisation after the land ceiling legislation was not wholly coincidental. The rural, agrarian and feudal hold on the power structure in Andhra Pradesh was completely subverted by Narasimha Rao. Again, quietly.

It was Nehruvian economics and politics that dominated independent India’s national life for nearly half a century. And Narasimha Rao was its product, its beneficiary, and to some extent its theologian. For over two decades since he moved to Delhi from Andhra Pradesh, there was hardly a Congress Party document that was not written or vetted by him. They all were reaffirmations of faith in ‘socialistic pattern of society’. Little did anyone expect that Narasimha Rao would dethrone that huge and invincible structure. He was 70 years old when he was sworn in as Prime Minister. It is remarkable that at that ripe age he could radically depart from a faith he was born into and grew up with. Equally remarkable is that he was assisted in this subversion by Manmohan Singh, another person who was one of the pillars of the command economy edifice. It is perhaps more than a coincidence that Manmohan Singh succeeded Narasimha Rao as a Congress Prime Minister. Two regimes succeeded Narasimha Rao: the NDA and the UPA. Both of them stand bitterly opposed to him for one reason or the other. But neither of them could repudiate the economic paradigm that he had put in place. His subversion of the command economy was so complete that its fundamentals are beyond debate today. Narasimha Rao was not a knight in the shining armour from the free market castle. But he subverted the command economy effectively. He did it quietly.

After liberation the victim of oppression tends to imitate the oppressor. We find many instances that prove this formulation in history. We see many examples in our day to day lives as well. Narasimha Rao was a victim of the arrogance of high-command politics. During his tenure as Chief Minister of Andhra Pradesh, he was a butt of joke for his frequent trips to Delhi. The high-command culture also showed him in poor light, as an indecisive and weak leader. He was a silent sufferer of the misdemeanours of the party apparatchiks from Delhi. However, when he himself became the high-command and enjoyed unchallenged power of the offices of Prime Minister and Congress President, he did not imitate his oppressors. He did away with the high-command culture. His ministers worked uninterfered by the so called omnipotent PMO. Haughty, upstart and arrogant party ‘functionaries’ were nowhere to be seen. He subverted the High-command culture. Unannounced, and quietly.

Narasimha Rao acknowledged his political mentors and idols. Swami Ramananda Tirtha was his political inspiration. Burgula Ramakrishna Rao was his mentor. But strangely, he refused to be a mentor. He never encouraged a patron-client relationship between him and scores of his political followers and admirers. His conduct with them clearly showed that he wanted to consider them as colleagues, associates and friends. His comportment did not evoke strong loyalties. He was avuncular, but not a Robin Hood. It is perhaps this that left him with no die-hard followers who are prepared to shout slogans when he achieved, wail for him when he lost, and protest loudly when he was humiliated in his death.

Failed to be an Icon

There are few who would stand up to say that it was Narasimha Rao who changed the course of Indian history in the last decade of the last century. There was no demand for a commemorative stamp; for the award of Bharat Ratna; for naming a government scheme after him. His birth and death anniversaries are tame and unwilling routines.

While those who lost their perches as a result of his subversion are unforgiving, its beneficiaries did not feel obligated to stand by him. The former felt they lost out because of him. But the latter did not feel he directly benefitted them. For every one of his achievements - his electoral record, his land ceiling legislation, and his liberalization - he does not spring up like an icon in the public consciousness. Nobody owns Narasimha Rao. No caste, no linguistic group, no region, no stream of thought, and no cohesive group of people feel passionate about him and his long presence in India’s public life. This is a major failing of Narasimha Rao, the political leader in flesh and blood. That is a disservice he had done to himself. Perhaps it is an unconscious subversion. This would not diminish his place in history but at the same time without a sprinkling mention of his name, memory and ideas the contemporary public discourse is vastly impoverished.

It may today obscure him in the Newspaper Op-Eds and late evening television debates. But his place is secure in the pages of Indian history, as a man who changed India forever and as the architect of the India that is rising before our eyes today.

Dr Parakala Prabhakar is a political analyst and Managing Director of RightFOLIO, a Brand Consulting and Market Research firm based in Hyderabad.