Who looks after the reader's interest? Media people day in and day out affirm their commitment to the reader, and the reader alone. Alas, the commitment doesn’t stand up to scrutiny. 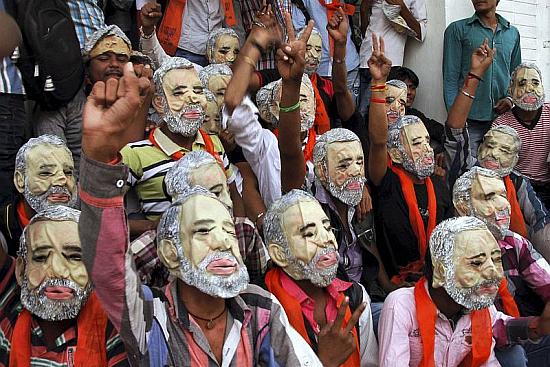 Soon, the NDA government led by Prime Minister Narendra Modi will chalk up 100 days in office. For some mysterious reason this magic figure is considered an appropriate moment by the media to take stock. It is a rite of passage.

One expects that the verdict on his performance will be sharply divided. One take on the report card will show BJP scoring a century in as many days. The other take will give the party half a ton, and another will award the government less than pass marks. In a robust democracy with a lively media, all three perspectives must be seriously examined before final evaluation is made. The difficulty for citizens is they lack the tools and instruments to make an informed judgment.

So, what options does the voter have? He can speak with friends. He can go online. He can tap a person who has a reputation for being knowledgeable in such matters. But most, I suspect, will rely on the media pundit in the shape of the opinion page writer. I would go so far as to say that political commentary is the main resource available to most people to help them make up their mind.

So far so good. Unfortunately, at this precise moment a problem arises. Recently, I was talking to an old colleague, and I told him I had read an article by Mr X which I liked. “Oh, he is not to be believed,” he replied. “He gets all his information from...” And he then mentioned the name of a minister in the present government. My interlocutor added that the gentleman we were talking about had an axe to grind, an 'agenda'. Accordingly, what he wrote needed to be taken with a shovel of salt.

Frankly, we live in such ‘interesting’ times that it is virtually impossible to locate a commentator without an agenda. An agenda-less commentator is an endangered species. Which brings us back to the luckless citizen looking for views and positions he can put his faith in. Who does he turn to if all public affairs gurus are openly partial?

I will not be revealing any secrets when I say the credibility of the pundit is at an all-time low, if you exclude the Emergency. The prevailing atmosphere of suspicion and conspiracy theories is so toxic we should not be surprised by the strong inclination towards negativity in the people. As a result, even while he is perusing a 900-word column, the reader is wondering, “Why is this lying bugger lying to me?”

These days anyone who has spent a couple of years in the profession feels qualified to become a pundit. Nothing wrong with that, but the question is, what preparation did the said journalist make before he walked into the hallowed editorial space? When I became an editor in 1974, for over a decade I never dared to write an opinion piece. I was terrified because I felt too raw and too naive. Instead, I embarked on a course of self-education.

Sadly, there were, and are, no textbooks on column writing, no mass communication institutes which can teach you the craft. The sole guide: read pundits you admire — those with a standing for honesty and objectivity.

By objectivity i am not suggesting you abandon your prejudices and preferences, but keep them in check. And, sometimes, restrain them if the message on the wall is too clear. Pseudo-secularists and assorted Modi-detesters could not ignore the hawa blowing in his favour across the country in 2013. Whatever your predilections, you had to take note of the wind whose intensity was growing by the week.

If I can identify one quality the reader is looking for in an opinion column it is ‘trust’. The reader is aware from where the columnist is coming from, what his leanings are. Despite that, he needs to ‘trust’ the writer. He must feel confident the column, at the least, will acknowledge reality, not deny reality. In my 40-odd years of editorship the highest compliment paid to me, among zillions of abuses, went, “I don’t like your opinions but I don’t think you will deliberately mislead me.”

At a time when the entire media is increasingly perceived with suspicion, why should the column-writer remain uncontaminated by partisanship? After all, the pundit is a creature of the environment we all inhabit. He does not live on Mars.

The challenge for those privileged to contribute to the ‘heart of a newspaper’, then, becomes even more daunting. In a society where columnists and editors play favourites, the victim is the reader. Who looks after his interest? Media people day in and day out affirm their commitment to the reader, and the reader alone. Alas, the commitment doesn’t stand up to scrutiny.

In short, truth and readability are essential for a column. Remember you don’t want to tell the truth in a way which puts your reader to sleep.

Is there any solution for the present depressing situation? I cannot easily think of one. However, if a solution exists it lies in the hands of the reader. He must reject those columnists (and the papers they write for) that flagrantly violate the basic canons of trust. The reader will be doing the media a favour and also the pundit, who must know he has been caught out.