Position after position is taken over by the far-far right, which is ruling Israel now. Slowly. Very, very slowly. 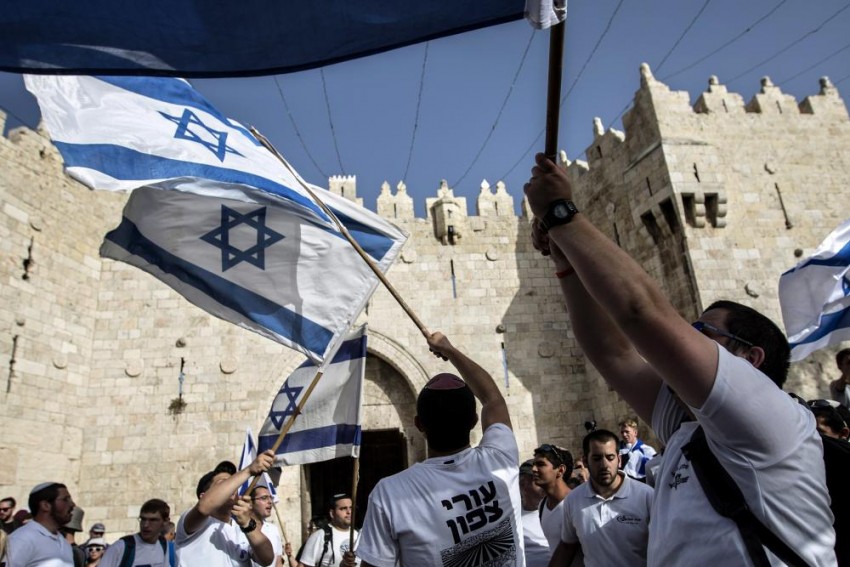 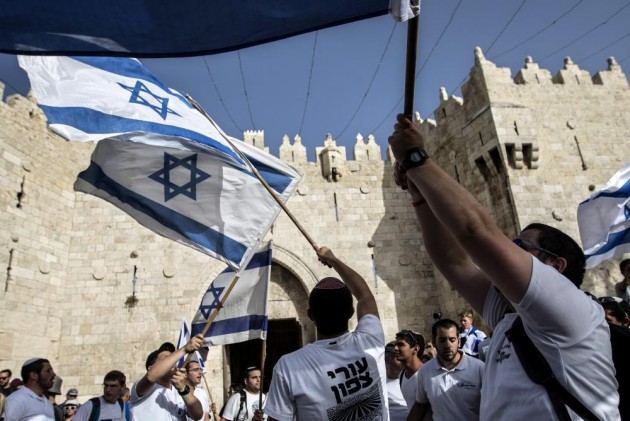 I recently mentioned the German word Gleichschaltung — one of the most typical words in the Nazi vocabulary.

"Gleich" means "the same", and "Schaltung" means "wiring". The long German word means that everything in the state is wired up the same way — the Nazi way.

This was an essential part of the Nazi transformation of Germany. But it did not happen in any dramatic way. The replacement of people was slow, almost imperceptible. In the end, all important positions in the country were manned by Nazi functionaries.

We are now witnessing something like this in Israel. We are already well into the middle of the process.

Position after position is taken over by the far-far right, which is ruling Israel now. Slowly. Very, very slowly.

IT STARTED right after last year's election. Binyamin Netanyahu was able to form a coalition of the far right, though only with a slim majority. As has so often happened in the annals of fascism, he needed one "center" party for that. He found it in the form of Moshe Kahlon's faction. Kahlon, an ex-Likud man, was popular because he promised cheaper housing. Instead, housing prices have continued to rise.

(Kahlon is the Smiling Man. He is very likeable. One columnist compared him to the Cheshire cat, the cat that disappeared and left only a smile behind. "Not a cat with a smile," as Alice said, "but a smile with a cat". But he is the cat that keeps the far right in power, even now.)

The new government included an assortment of incredible appointments. The most outrageous new minister is Miri Regev, a primitive woman known for her proud vulgarity, who is now Minister of Culture. Well, I suppose even vulgarity has a right to be represented.

Ms Regev is now in charge of the allocation of government funds to theaters, literature, ballet, opera and such. She has already made it clear that they had better toe the government line, if they want to be funded.

Her nearest competitor is the new Minister of Justice, Ayelet Shaked (literally: the Almond Gazelle.) Her proclaimed aim is the subjection of the Supreme Court, the pride of Israel. Though quite timid by now, the court sometimes objects to oppressive new laws. So Ms Almond wants to stuff it with new "conservative" judges.

The most dangerous of the bunch is the Minister of Education — Naftali Bennett, one of the most extreme nationalist-religious politicians. Israel has three religious education systems. The sole "secular" system has already been steadily reduced throughout the years by earlier ministers. Putting Bennett, defined by many as a religious fascist, in charge of education means putting the fox in charge of the poultry house.

All these ministers, as well as the others of the same ilk, are now busy replacing the senior officials with persons of their convictions, a steady and extremely dangerous process.

THEN THERE are the keepers of the gate.

One of the most important persons in Israel bears the title "Legal Counselor to the Government". He is the highest legal official, superior to the Attorney General and independent of the Minister of Justice. His advice is legally binding, subject only to the Supreme Court.

Netanyahu has several personal legal problems. He and his family have traveled around the world on other people's money while in office. This and other affairs have been held up in the legal pipeline for many years, by the decision of the "Advisor".

The last legal advisor, an inoffensive former judge appointed to this office by Netanyahu, has just been replaced by Netanyahu with — surprise, surprise — the government secretary, Avichai Mandelblit, a kippa-wearing lawyer who is as close to Netanyahu as can be.

To make quite sure, the State Comptroller, another very powerful official in Israel, was chosen by the Knesset majority according to the wishes of Netanyahu. Yosef Shapiro is also a former judge.

Why these two positions are crucial to Netanyahu is being illustrated now. The entire country is fascinated by several court cases in which employees at the Prime Minister's official residence testified that Sarah Netanyahu is an unbearable, shouting, hysterical shrew, who also pays her private expenses from the official purse.

To complete this circle, there is the new commander of the police. For years the police high command has been sinking into a morass of sexual scandals, in addition to bribery. One officer has committed suicide, several others have been kicked out.

What better solution than to bring in an outsider, a high Shin Bet (secret service) officer? Brilliant idea, but now it transpires that the police has sunken even further into the morass. In several cases policemen have brutally and publicly beaten civilians, both Arabs and Jews, for no obvious reason, and received the full backing of Roni Alsheikh, their new supreme commander.

THE ISRAELI media are decried by the right-wing as "leftist", a bulwark of the "old elite", which the rightists have sworn to replace.

Alas, this description is quite wrong. Of the two major newspapers, one, Israel Hayom ("Israel Today") belongs to Netanyahu. Or, to put it precisely, to Sheldon Adelson, an American casino mogul, who is the abject voluntary slave and generous patron of "Bibi". The paper, whose sole object is to serve Netanyahu personally, is distributed in huge quantities gratis.

The other mass-circulation paper, Yediot Aharonot ("Latest News"), is trying to compete by being even more right-wing.

The only other important daily paper, Haaretz ("The Country"), which is critical of Netanyahu, is far smaller, and in constant economic danger.

Israel's three TV channels are an intellectual desert. Except for the news and a tiny number of quality programs, they are empty of content, devoted mainly to "reality" programs, which have nothing to do with reality.

Who is in charge? Why, of course the Minister of the Media. And who is that? Again surprise, surprise. No other than a person by the name of Binyamin Netanyahu.

Under Israeli law, as Prime Minister he can keep to himself as many portfolios as his heart desires. This currently means several of them, including the Foreign Office and the Media.

For months now, all media people have been finding it difficult to sleep at night. All three TV channels need government support. Some courageous TV personalities still dare to criticize the government openly, and even sharply, but their number is steadily dwindling.

When I was on TV this week and told my interviewer that in a year's time he and his colleagues will probably be out of their jobs, he laughed nervously and asked: "What, a whole year?"

Many TV journalists have already become rhinos (the Israeli nickname for people who have succumbed to the government, because they need thick skins). The process of rhinossification is steadily going on.

AND NOW comes the coup de grace, in the form of Avigdor Ivett Lieberman.

Lieberman is a frightening person. In his presence, even a Donald Trump would shrink.

An immigrant from Soviet Moldova, a former bar bouncer and later close aide to Netanyahu, he is now the most extreme rightist politician on stage. He has proposed the bombing of the Aswan dam in Egypt (which would kill many millions of people). That was one of his more moderate ideas. He has criticized the army as too timid, and called Netanyahu (not so long ago) a cheat, a coward and a charlatan.

Lieberman ("Nice Man" in German) is very shrewd. It can be assumed that for some months, at least, he will be exceedingly forthcoming, peace-loving and liberal. Already, this week, both he and Netanyahu have declared themselves fervent adherents of the "Two States for Two Peoples" solution. That's like Benito Mussolini declaring himself in 1939 a devoted pacifist.

The looming confrontation between the Minister of Defense and the General staff of the army looks like becoming a momentous event. The clash between an irresistible force and an immovable object.

The "Israel Defense Forces", which includes the navy and air force, is an almost autonomous institution. Its official Supreme Commander is the government in toto, acting through the Minister of Defense.

It is an obedient army. Only rarely has it openly defied the government. One such case was in 1967, when the Prime Minister, Levy Eshkol, hesitated in face of the growing Egyptian military threat in the Sinai peninsula. A group of generals threatened him with collective resignation if he did not give the order to attack. He capitulated.

In face of a unified opposition of the army command, the minister is almost powerless. But he is in charge of a huge budget, by far the largest in Israel. He has a dominant influence over the appointment of the army's commander ("Chief of Staff") and superior officers.

Even worse, the army's lower officers corps and rank-and-file has been educated by the nationalist school system. Most of them may by now be closer to Lieberman than to the Chief of Staff.

This was put to the test by the recent case of Elor Azariya, the soldier who shot and killed a severely wounded Palestinian lying on the ground. Many soldiers declared Azariya a national hero.

Azariya is now standing trial in a military court for manslaughter. The army high command has been obdurate in face of rightist opposition. And lo and behold, who pushed his considerable bulk into the overcrowded courtroom? Avigdor Lieberman. He came to express his support for the soldier.

Even Netanyahu bowed to pressure and called the soldier's father to express his support.

(When we saw the killer in court on TV, we were surprised to see a mere boy, who looked bewildered and disoriented, with his mother sitting behind him and stroking his head. Woe to the state which puts a deadly weapon into the hands of such a primitive, immature boy!)

So here we are now: the government undermines the army and the peace camp puts its trust in the high command. Some may well be praying fervently to a God they don't believe in for a military coup they would not really approve of.