The Rise Of Illiberal Democracy?

Auto(demo)crat? An easy win is projected for Turkey’s popular prime minister—despite protests against his autocratic style 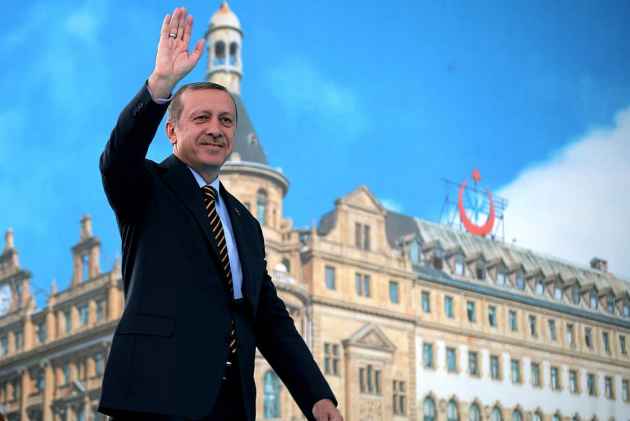 Turkey’s controversial Prime Minister Recep Tayip Erdogan is poised to become the first popularly elected president of Turkey – widely regarded as the leading candidate to win the first round August 10 or the second round scheduled August 24. Turkey’s previous 11 presidents were elected by the Turkish Parliament. A probable Erdogan victory, after months of domestic protests and widespread criticism of his authoritarian style, is sure to add to the global debate over illiberal democracy gaining ground.

An easy victory for Erdogan’s election will baffle critics in the West, with many wondering whether the Turks have been simply hypnotized. The truth is more complicated. Erdogan's 11-year tenure as prime minister has marked an exceptionally successful period in Turkish history with GDP growing from $200 billion to $800 billion. Turkey is one of the rare countries with income inequality on decline. Access to health care is universal, and social policies once used to benefit only the middle class have been recalibrated to address legitimate needs of the poor and the disenfranchised. Half a million units of public social housing have been completed. Infrastructure has leapfrogged. The number of people who took a domestic flight went from 9 million annually to 76 million. As a result, the average Turk today leads a far better life than he or she did a decade ago.

Erdogan is convinced that he knows best and has little patience for dissent or due process. It is not possible to recall a single instance where he has admitted to having learned something from detractors. He has few qualms about telling women how many children to have, at least three, and how to have them – no elective C-sections and certainly no abortions. He suggests that the leader of the opposition, because of his minority Alevite denomination, is unelectable. For years, he has demonized journalists and media groups who question his tactics, and in phone conversations with media bosses, he has demanded an adviser is given air time and lashed out at news stories and news tickers. Countless journalists have been fired, and the largest media group in the country has been fined US$1 billion.

He also lashes at the public and even victims. On May 2014, he rationalized a mining accident with 301 deaths by citing western mining accidents from the 19th century. During his visit to Soma, while a  desperate struggle was on to save workers from the collapsed mine, he threatened to slap a miner for booing him. One grainy video along with testimony exists showing  a slap.

While Erdogan's sympathizers would say, "Yes, he can be authoritarian, overbearing, and combustible, but he is successful," his core team would argue that the prime minister is successful because he is authoritarian. They point to the Turkish Armed Forces and the Gulenists –an Opus Dei–type group – as traditional and imminent dangers for Turkish democracy, and argue that only a decisive leader could have taken them on. They would add that Erdogan’s AKP, the Justice and Development Party, did more to rid the Turkish banking system of shady characters and address Kurdish grievances than previous governments. The core of this argument is that tough problems require leaders with, not to put too fine a point, a messianic temperament. If that temperament makes them unpopular with liberals, so be it.

This conundrum is relevant beyond Turkey. Rwanda’s Paul Kagame, Hungary’s Viktor Orban and India’s Narendra Modi may be manifestations of a similar phenomenon. Throughout the second half of the 20th century, the liberal West told the rest of the world: “Be like us to become rich” while the 21st century is producing many illiberal ways to enrich societies.

The argument could be made that all societies make mistakes, but open societies identify and rectify theirs earlier by allowing for free debate and more scrutiny. Faster progress and more prosperity are benefits of open and uninhibited debate – though open and uninhibited debate does carry costs. Such debate can and does offend some and at times many. It can corrode cherished traditions and conventions. But at the end of the day, benefits outweighed the costs. Due process may be onerous, but can prevent costly mistakes.

Such arguments are more difficult to maintain these days. The United States, an obvious open society, managed to ignore warnings and sleepwalk into a disastrous war in Iraq and an epic financial crisis during the same 11 years that Erdogan's Turkey and, for that matter China, avoided similar debacles. The European Union, another liberal polity, did not foresee the design flaws in the euro, and the structural weaknesses in the eurozone. These challenges are in no way the conclusive refutation of the liberal canon. However, denying the problem would be one sure way of condemning the liberal ethos to a boutique creed with little prospects for being relevant outside a limited geography.

The recent bad patch for the liberal project is compounded by the West's lacklustre performance to live by its own creed. When EU is so muted regarding the Egyptian coup and even fails to call the coup a coup, it loses credibility in criticizing Erdogan's authoritarianism. In a similar fashion, Washington’s calls for restraint and magnanimity ring hollow, when the US itself abuses its privileged position, as seen in the way the National Security Agency demands access to global information companies that happen to be located in the US but serve global customers, and when BNP Baribas, a French bank, is fined equal to its yearly profits for the privilege of conducting business in the world’s reserve currency.

In other words, Turkey has an Erdogan problem and also a larger liberalism problem. Addressing the Erdogan problem must start with a different kind of liberalism in Turkey and around the world. In Turkey, those who propose a less authoritarian track must stop arguing that Turkey has not had a good 11 years under Erdogan. Instead, they should prove that Turkey’s success happened not because but despite Erdogan’s authoritarianism.

Much of Turkey’s success has to do with refinancing Turkey’s high public dept of 2002 with a much lower interest rate – made possible through the global liquidity glut and increased creditworthiness of Turkey because of its EU membership prospects. Without the fiscal space made possible by these two developments, the health care expansion, social policies and infrastructure upgrades would have been impossible. Politically, single-mindedness masquerading as decisiveness is not the only option for tackling intransigent issues. Broad alliances and inclusive debate are a legitimate alternative. These alternatives ought to be seen as credible by ordinary Turks, and that perception is not unrelated to how the liberal framework fares globally.

Mocking Erdogan is easy. He provides more than plenty reasons to dislike him. Those who wish for a less authoritarian Turkey ought, instead, to redeem liberalism globally.

We live a world with an ever-increasing global peer review. Material or moral superiority of the West is no longer a foregone conclusion. The quicker the West or others shed the illusion of the default superiority, the faster all of us can start the essential work of making liberal values relevant and compelling in a post-western world. In other words, Turkey has an Erdogan problem, and all of us have a larger liberalism problem.

Hakan Altinay is the director of the European School of Politics in Istanbul and a former Yale World Fellow. Rights: Copyright © 2014 The Whitney and Betty MacMillan Center for International and Area Studies at Yale. Courtesy: YaleGlobal Online