Wearing Identity On Sleeves: How SC Verdict Has Helped A Queer Person Come Out

One of the many people the Supreme Court judgment on Section 377 has given strength to, Akshay/Bruna feels more at home with her identity now and wants to come out to her mother soon 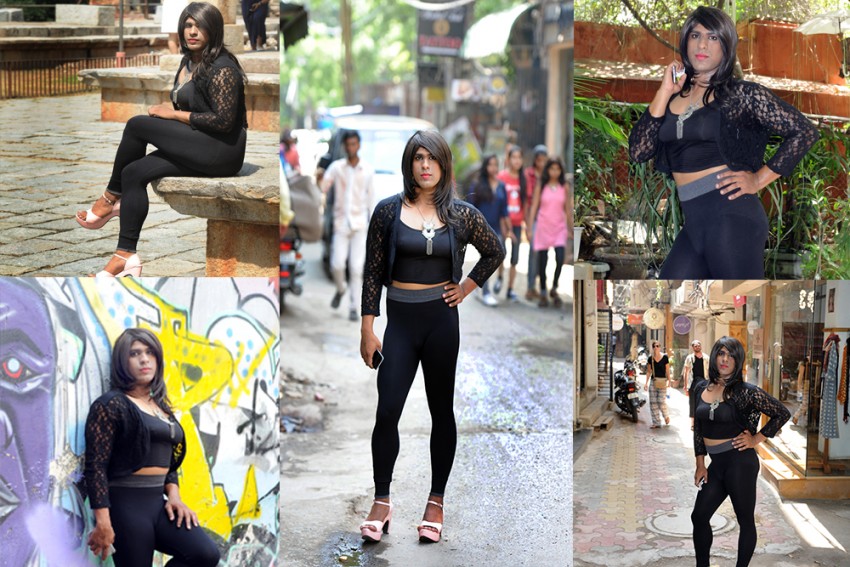 Akshay has started dressing up as Bruna after the Supreme Court verdict on section 377 that decriminalised homosexuality.
Jitender Gupta/Outlook
Ritika Dubey October 12, 2018 00:00 IST Wearing Identity On Sleeves: How SC Verdict Has Helped A Queer Person Come Out 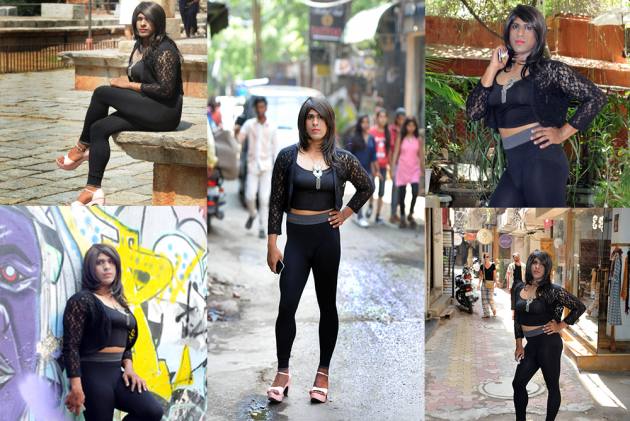 “I avoid visiting temples,” says Akshay. “It is strange to see how people worship idols decorated in a woman’s outfit but disapprove a living man who turns up dressed as a lady,” Bruna adds.

Still having to manage two identities for now, Akshay, the man with a woman’s soul, loves to be addressed as ‘Bruna’. Zir identity was a matter of scepticism for zir until a month ago. (Akshay is a queer and has been addressed `by the non-binary pronoun ‘zie’ and ‘zir’. As Bruna, zie prefers to be addressed as ‘she’.)

“I am a crossdresser. I start from home on my bike as Akshay and then, transform into the person I really am—Bruna.”

Things have changed now, since the Supreme Court’s judgment decriminalising Section 377. Akshay’s scepticism is dispersing and zie is letting more of Bruna come in.

“Immediately after the Supreme Court announced its verdict, my manager called and said that I don’t have to hide my identity anymore. Instead, I should come to work dressed as ‘Bruna’.” Bruna works as a creative and marketing head in a tattoo studio situated in Delhi’s Hauz Khas Village.

On the very day of the judgment, Bruna decided to get rid of the mask called ‘Akshay’ and let the world know who she really is. Bruna gathered the courage to embrace her new identity openly and carry her true aura in society with utter confidence, but she is yet to break this news to her mother. She says that she is not moved by anyone’s opinions but her mother’s.

“I don’t care what the world thinks of me because I am comfortable in my own skin. The only person whose opinions matter to me is my mother”.

She has already told her brother, friends and even ex-girlfriend but is waiting for the right time to explain things to mum. “That’s why I have to hide my clothes in the car and dress up in the studio every day.” Though her mother is oblivious to Bruna’s new avatar, her mother has sensed the atmosphere. “I have changed my outfits to skinny-fit jeans over time and I often have Kohl left in my eyes. She notices but doesn’t say anything”.

Remembering childhood memories, Bruna says, “I was always fond of wearing my mum’s clothes as a child. It gave me immense pleasure and filled my heart with confidence”. Her desire to dress up as a woman wasn’t limited to her childhood. It grew stronger over time. “Every boy drapes himself in a woman’s attire in his childhood, but I secretly yearned to dress up in my mum’s outfits even during my college days”, Bruna added.

She never came out in the society until March 2018, that too away from home. She decided to travel solo to Goa and leave ‘Akshay’ behind for the first time for a whole week. “It was the turning point in my life, more like a rebirth. If I had stepped back at that time, I wouldn’t have ever discovered my true being”.

The Supreme Court’s judgment on homosexuality has given strength to innumerable queer people who can now open up and talk about their sexual orientation in the society without the fear of being persecuted by the law. Some confronted their families and some accepted their own identities. Bruna, legally known as Akshay, says that she will break this news to her mother by the end of this year.

Hoping it’ll go well, she plans to get the name ‘Akshay’ replaced with ‘Bruna’ legally and eventually consult a doctor for hormonal supplements.