The Start Of The End Of Tax Havens?

Anyone who acquires an anonymous shell company should know that, in this digital age, secrecy is an illusion. 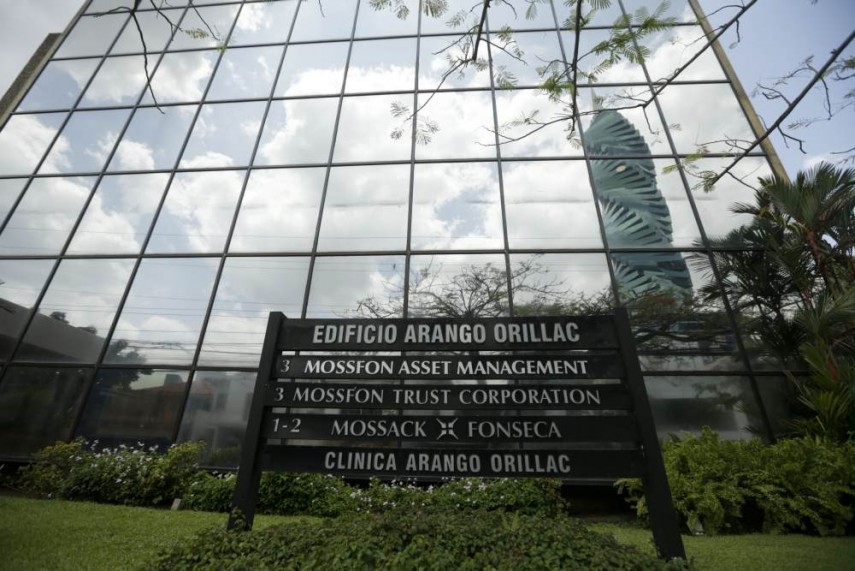 The Panama Papers: Breaking the Story of How the Rich and Powerful Hide their Money
By Bastian Obermayer By Frederik Obermaier
Pan Macmillan India | Pages: 384 | Rs. 499

So if there are ways of ending what goes on in the tax havens, the question we should be asking is not, as we put it earlier: why should society put up with it?

But rather: why does society put up with it?

More specifically: why do our politicians put up with it? Why don't the big nations simply take more radical action to stop it? After all, this is not just about fairness. In some cases, outrageous crimes are also involved.

Because it is the big nations, specifically, that have a lot to lose — and they would end up having to threaten themselves with sanctions.

The USA has its mainland tax havens like Nevada, Wyoming and Delaware, and Mossack Fonseca even has its own branches in the first two of these. A US draft bill to combat the abuse of off shore havens, which the then senator Barack Obama tabled in the Senate in 2007, has still not been passed. The United Kingdom has some of the most prominent tax havens in its jurisdiction, such as its overseas territories and the Channel Islands. Mossfon has incorporated more than 100,000 companies in the British Virgin Islands alone.

Although it likes to present itself as generally open to reforms, Germany in fact ranks as one of those impeding progress in Europe. Again and again we hear that whenever there is an attempt to demand greater transparency, whether through the EU or other bodies, German representatives operate behind the scenes to try to prevent precisely that. The power of the fi nancial lobby, even eight years after the global fi nancial crisis, is undiminished. There is also billions in foreign money held in German banks — much of it almost certainly untaxed.

That's because German banks are only liable to prosecution for tax evasion if they do it within Germany. Tax evasion in Brazil or New Zealand, on the other hand, does not come under German law.

Moreover there are also anonymous companies in Germany, as bearer shares are permitted there. With these, whoever has the shares in their physical possession is deemed the owner of a company.

For Germany too a public register of the real owners and part owners of all companies without exception would be something new. Certainly it is something that has been called for and debated for a long time. Organizations including Attac, the Tax Justice Network and Transparency Deutschland are among its public advocates. Detlev von Larcher from Attac, for example, said shortly after we published details of the Off shore Secrets in spring 2013: 'We have to put an end to anonymous companies. Shell companies serve no economic purpose and are used solely by kleptocrats, tax evaders and money launderers. If Germany stands in the way of this, all its strong words condemning shadow fina nancial centres are nothing but hypocrisy.'

The absurd thing is, though, the register of companies showing the real owners was basically decided on long ago. The participating countries agreed on it at the G8 summit in Northern Ireland in 2013. It just wasn't systematically implemented. The United Kingdom wants to start with the mainland, excluding the notorious British overseas territories. Other countries have said they would set up a register of this kind, but that only government authorities would be able to access it. It is important, however, that a directory of this kind is also accessible to academics and nongovernmental organizations — experts with the time and leisure to peruse it, something the state has never had.

For Mossack Fonseca, an international clampdown on tax havens would amount to a threat to its business. However, once the Panama Papers are published this clampdown is likely to be the least of its problems.

Law enforcement agencies in many of the countries in which our ICIJ colleagues publish are bound to take an interest in Mossfon. German investigators are already on its tail. The security services will be taking note as well. They are likely to be very interested in Dows of money and transactions designed to obscure — after all, we have identifi ed numerous clients from countries known to be used as conduits of terror funding.

The state investigators will have a fi eld day: employees of the Mossack Fonseca group have often displayed conduct that is questionable or even illegal or criminal.

Mossack Fonseca is insistent that due diligence — the duty it has to check who it is doing business with — is the law fi rm's number one priority. But we have numerous examples of how exception after exception is approved, for example whenever a valued client doesn't wish to disclose the name of the true owner.

But Mossack Fonseca, with its lax business policy, is evidently not an isolated case: in 2012 a team of American and Australian researchers wrote to around 3700 off shore providers in 182 countries asking to set up a company. Half of the providers did not perform the required ID checks, and nearly a quarter did not even ask to see identifi cation documents. The researchers dropped hints in their letters that the aim of their request was to conceal corruption or even fi nance terrorism. The reactions were shocking, with many providers deliberately ignoring all the warning signs. One of the supposed clients presented himself in such a way that you couldn't help suspecting him of fi nancing terrorism. One provider replied: 'It sounds as if you want to establish a company anonymously for the state, is that correct? We can do that for a surcharge of $25. If we only incorporate one company for you and no more than that we don't need any documents at all from you.'

Our perspective on things has also changed, not just because of the leaked fi les and the evidence of wrongdoing they contained, but also as a result of stories told to us by Daniel Balint-Kurti of Global Witness, among others. He investigated covert deals in Burundi, which, in the usual way, involved amounts running into many millions being smuggled out of the country. A country, says Daniel, in which the people are so poor that many families have to take turns to eat: the adults eat one day and the children the next.

These people are the victims of the off shore industry. Commercial lawyers sitting in European corporate head offices put a lot of thought into how they can use off shore companies to ensure their African subsidiaries pay as little tax as possible in those countries, and because of this the governments of those countries lack the money they need for schools, clothing and food. According to a study by the Tax Justice Network, Africa loses out on twice as much money through tax evasion as it receives in development aid.

But it is not only the poor who are made to suffer. Terrorism, drug smuggling and illegal arms trading, for example, are crimes that concern us all and that are almost impossible to combat due in part to the concealment tactics of the off shore industry. The European Union alone loses out on a thousand billion euros a year due to tax fraud and tax evasion.

To end on a more optimistic note: the international community will take action. Whether the reforms by the EU, the UN or the Organisation for Economic Co-operation and Development (OECD) will go far enough is highly doubtful — chances are they won't in the fi rst instance — but further steps will follow. Public pressure, which is bound to increase as a result of the Panama Papers, will see to that — a phenomenon we already observed at the time of the Off shore Secrets and Luxembourg Tax Files.

But there is one more thing.

No one, anywhere, who conducts secret transactions and leaves a digital trace is safe any more. Whatever they do, wherever they do it. Anyone who acquires an anonymous shell company should know that, in this digital age, secrecy is an illusion.

This leak is not the first leak. Nevertheless, perhaps it does mark the start of something.

The start of the end of the tax havens.