The Story Behind Anandiben's Resignation

Speculation had been rife for that she may be replaced and these embers were being fanned by the Amit Shah camp. 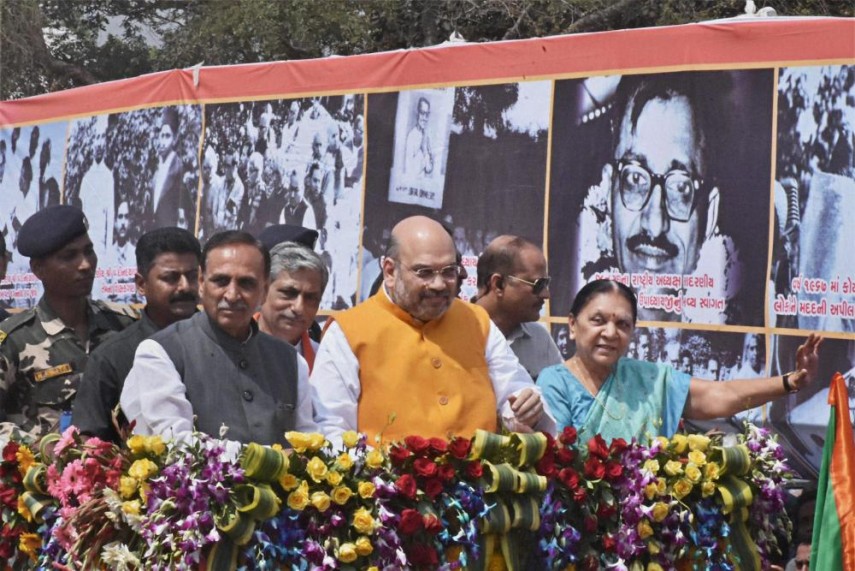 Buffeted by the proliferating patidar agitation, the rising crescendo of dalit protests in Gujarat and the slugfest within her own party, chief minister Anandiben Patel on Monday sent in her resignation to the high command and released it's contents on facebook soon after.

Though Patel said that she was quitting to honour the 75 year age-line set for senior leaders, she sought to justify doing so two months ahead of attaining the bar by pointing to the Global Investor's summit due in January and the Vidhan Sabha elections later in the same year. "Both are major events in the life of the state and my successor should have adequate time to prepare for them", she said.

Speaking to the media, state party president Vijay Rupani said that a decision on her resignation as well as on her successor would be taken by the parliamentary board which is meeting on Tuesday

Though Rupani was at pains telling the media that no one had asked the chief minister to resign and that she chose to quit on her own accord, the speed at which decisions were being taken by her over the last 72 hours was a plain giveaway of a plausible scripted scenario. These included withdrawal of toll tax on state roads for small vehicles, implementation of the 7th pay commission recommendations and withdrawal of 90 per cent of the police cases registered against patels during and after their reservation agitation. All three announcements affect a large number of people. There are almost 9 lakh serving and pensioner government employees alone. The chief minister even appointed the new chief secretary J N Singh who took charge before making her decision public.

Anandiben Patel who was Narendra Modi's choice as his replacement after he took over as prime minister has had to constantly battle a powerful coterie within her own party even as she braved her own community's rebellious agitation for reservation under the OBC category in government jobs and admission to educational institutions. The 10 per cent reservation granted by her government under the Economically Backward Class (EBC) category did little to assuage the ruffled feathers of the community. The proliferating dalit stir ignited by the lynching of four dalit youths by cow protection vigilantes which caught the attention of the national opposition leaders to the detriment of the government in Delhi only sped up the process. Speculation had been rife for some time now that she may be replaced and these embers were being fanned by the Amit Shah camp followers in the state. It is common knowledge in Gujarat that while both Shah and Anandiben are close confidante s of Modi, they have been bitter rivals in the BJP politics in Gujarat. Vijay Rupani who presently heads the Gujarat BJP is a Shah camp follower and continues to be a minister in the Patel cabinet.

BJP president Amit Shah confirmed that he has received Anandiben's resignation letter. "It will now be kept before the BJP parliamentary board for further decision", he said.

Congress president Mrs Sonia Gandhi's political advisor, Ahmed Patel said that the resignation only goes to prove that the BJP is headed for a defeat in the 2017 Vidhan Sabha elections in Gujarat.

Gurudas Kamath, Congress general secretary in charge of Gujarat said that Anandiben Patel's resignation was overdue. The BJP leadership tried to protect her for several months inspite of growing unrest among dalits due to the increasing incidents of atrocities on them and the brutal manner of handling of the patidar reservation stir. "Corruption had also run riot in the state during her rule and it would be like rubbing salt into sore wounds if she is taken into the union cabinet or appointed as Governor", he added.

Aam Aadmi Party (AAP) leader and Delhi chief minister Arvind Kejriwal reacting to the resignation news termed it as a victory of his party's crusade against corruption in the government in Gujarat.