The Strange Saga Of The Censor Board

It has been a favourite playground for governments in power. And this tradition has endured… 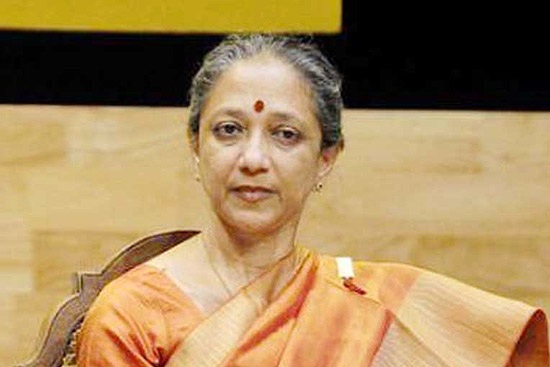 When 13 illustrious members of the Central Board of Film Certification installed by the Congress-led United Progressive Alliance resign, questions are bound to be asked. Why now? What was the provocation? Did the eight-month old Narendra Modi-led National Democratic Alliance snub the board or misbehave with members?

Well, not really. The BJP government may have gone on a spree, knocking off heads of research organizations, and universities, installing new faces, but has stayed away from The Board. One of the Ministers of the Information and Broadcasting Ministry had even asked the Board members to stay on after their term ended in last May. In time, the minister was changed and the current duo, Arun Jaitley and Rajyavardhan Rathore did not heed the Board’s requests for an appointment. What can one say? That’s no way to treat a statutory body.

But let’s look at the other provocation, shall we? Was the Messenger of God—scripted, directed, enacted by the larger than life Dera Saccha Sauda leader Ram Rahim, cleared by the BJP-appointed Film Apellate Tribunal and readied for release—the reason? Not really. Even if some of the Board members were heard saying on television that the Tribunal did clear the film in a tearing hurry. Read the sub-text. UPA appointed censor board versus BJP-appointed Tribunal. But was the film really cleared in a hurry? Should the Tribunal have mulled over it for weeks instead of deciding it in three days? What would be a good time for the Board?

Interestingly, while the examining committee of the Board (the first step in the certification process) found the movie problematic, a review committee of the Board was divided in its opinion. And so, the film came up before the Film Appellate Tribunal. If one looks at the Tribunal, which has a retired High Court Judge and three other members, their job is cut out. Like Board members, this too is a political appointment. Unlike the Board the Tribunal does not get into the aesthetics of cinematic language. They look at the objections raised by the examination committee, clause by clause, and ask the producer of the film whether he/she could consider dropping a line, a scene, a song, a reference.

The producers of the film agreed to carry a disclaimer for a minute to suggest the work was fiction. They agreed to mute the divine references to Sant Gurmeet Ram Rahim. In the well-established procedures of the Board, the committees—both examining and reviewing the film—are under the chairperson’s control. As it should be. Technically, the decisions taken there are not hidden from the chairperson, Leela Samson. Why then should the movie--which poses problems for the Akali Dal in Punjab and other Sikhs in Haryana as the film shows them (without direct references) in poor light—be the last straw for the Samson Board?

Looked at this way, surely the Board members should have mulled over the timing of their resignation. For, if the members were really snubbed, it was in the UPA dispensation under Information and Broadcasting Minister Manish Tewari. Coming soon after Ambika Soni, who had appointed the Leela Samson Board in 2011, Tewari set about re-organising it by sending his nominees from Jalandhar and Chandigarh. One was a Congress MP and the other, a former NSUI leader. From all accounts, the two appointees did not get along with the Soni-appointees. That was a problem, but there was more to come.

Just when the Board members had spent considerable energy and time, working on a certification process, which also included re-christening the Central Board of Film Certification as the National Board of Film Certification (to make it more inclusive) and picking the right people for the job, Tewari decided to call in former chief justice of the Punjab and Haryana High Court, Justice Mukul Mudgal to work on a report. This was a snub indeed. For here, was a Board that had compiled its report, a report Minister Tewari did not much care about. Now, if the Samson Board had resigned then, we would have known the real reason for their act.

The Board in the past has been the favourite playground for governments in power. And the tradition has endured even for the government that professes to be different. When Leela Samson and Co. walked out in a huff, Minister Arun Jaitely moved in quickly to install anyone and everyone who had a word of praise for Prime Minister Modi-- on Twitter, Facebook, and so on. Why are we surprised when Pahlaj Nihalani, the new man in, producer of some forgettable films, praises Modi as the Hero of the moment?