The Tale Of Two Joshis From Bhopal 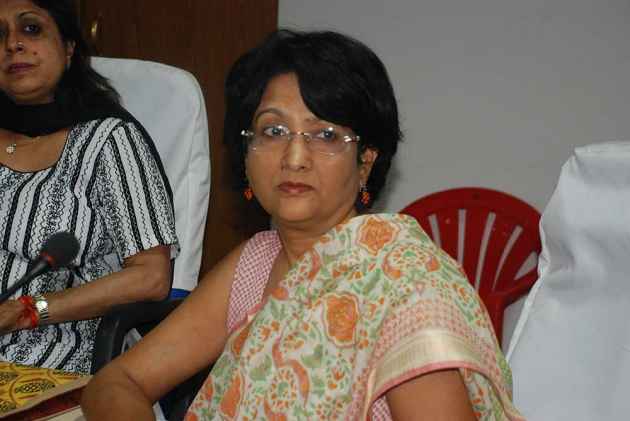 It was a fairy tale romance. Born the same year, these two did their MBA together from an Australian University, were selected for the elite Indian Administrative Services the same year and were allotted the same cadre. Not surprisingly they married and lived happily ever after till Income Tax officials came calling and the Anti-Corruption Bureau slapped a disproportionate assets case against the serving IAS couple in 2010.

But when Tinu Joshi (61) appeared before the court earlier this month after evading arrest for 10 months, she was alone and on a wheel chair. Arvind, her husband, is absconding. She was unwell and required treatment, pleaded her lawyer. The bail prayer was denied and she was sent to jail. But as the wheel chair was lowered from the ambulance and wheeled to the gate, she dropped her guard, abandoned the wheel chair and walked into the Bhopal central jail holding a bottle of mineral water.

Nirmala Buch, a senior retired bureaucrat who was asked to probe l'affaire Joshi by the state government, says she was appalled at the couple trying to delay the probe. "They claimed the Rs 3 crore found in cash at their home was the amount paid by a buyer who had purchased a plot of land but neither could they produce the buyer nor the property transfer documents. It is surprising that such high level officers were dodging the law and absconding,” she told Outlook.

Tinu Joshi, whose maiden name is Ganguly, hails from West Bengal. Ironically Arvind is the son of HM Joshi, a former DGP of the state police who enjoyed an impeccable reputation for honesty. His elder sister's husband served in the World Bank while the younger one's first husband was a Deputy Governor in the Reserve Bank, recalls Nirmala Buch. His brother, an army officer, is the only member of the family who has not been found involved in any of the murky dealings, she adds wryly.

The fairy tale of the Joshis, both then principal secretaries in Madhya Government, came crashing down on a February morning in 2010 when Income Tax officials turned up at the sprawling D-19 bungalow in the posh Char Imli area of Bhopal at the crack of dawn.

A trunk filled with currency notes – the lock of which had to be broken after Joshis refused to provide the keys – prompted officials to requisition note-counting machines. The box yielded cash worth Rs 3.04 crore. A thorough search of the house revealed documents that indicated that the power couple  owned 25 flats, 387 acres of agricultural land and seven non-agricultural plots — at places ranging from Bhopal to Delhi to Assam - estimated to be  worth Rs 360 crore and more. Some Rs 8.5 lakh in US dollars, British Pounds and Euros were also seized and so were crates of expensive foreign liquor. Additionally, around 100 acres of agricultural land was bought in the name of two NRI sisters of Arvind Joshi in violation of the rules that barred NRIs from buying farmland in India without specific permission from the Reserve Bank of India.

Investigators discovered that Arvind Joshi was trading in shares during office hours. Records showed that he frequently traveled abroad, using black money and deposited the TA/DA he received in his personal account. The expenses of their children studying in US Universities were financed through Hawala, claimed an investigating officer of Lokayukta. Arvind also bought Rs 1.5 crore life insurance cover in his son’s name from the account of ETIOS, a company owned by the latter, which was not making any profits.

In 2010 Arvind Joshi was the Principal Secretary of the Water Resources department while his wife was the administrative head of the Women and Child Development department. Both the departments were flushed with funds, including huge aids received from foreign agencies. Their 78 bank accounts were frozen and properties attached while a notice for recovery of Rs 135 crore by way of income tax was slapped on them in 2012. Their assets were 4,000 per cent more than what they earned as salary together, claim investigators.

In July 2014 their services were terminated by the Union government on the recommendation of the State on the basis of the inquiry report submitted by retired IAS officer Nirmala Buch. The Joshis did not appear before the court and non-bailable warrants were issued against them. The police raided their possible hideouts and an alert was sounded at all international airports lest they try to flee the country.

Tinu Joshi pleaded that her case should be dealt with separately and that she should not be held guilty for any acts of omission or commission or possession of any asset by her husband. She had nothing to do with the share trading and investments made by her husband in her name, she pleaded. The investigators are far from convinced.

They were perfect foils. Arvind was affable, social and outgoing while Tinu was aloof and stiff, recall their colleagues. Fellow IAS officers point out that Arvind Joshi could not have prospered without the patronage of the political leadership, which kept him posted in the same department for five years.

While Tinu was a deputy secretary in the PMO in 1988-89, her husband was a joint secretary in defence ministry during the 1999 Kargil war. It was around that time that a major deal for purchase of light helicopters was signed and he is believed to have made his millions during the period.

The couple maintained a lavish lifestyle. From the crockery at their home to their pleasure trips abroad, there was no shortage of money. Receipts of expensive hotel visits were seized from their house. "Every other day, they hosted parties at their place where imported liquor flowed like water", recalls a retired IAS officer, who lived a few houses away from them.

There was a time when people seeking favours would frequently visit the couple. But after the raid in 2010 nobody is even willing to acknowledge their acquaintance, leave alone association, quips a senior bureaucrat in Bhopal.