Making sense of the work and life of a man who went against many conventional notions of what literature is, who is a writer, and how a writer should conduct himself in society. 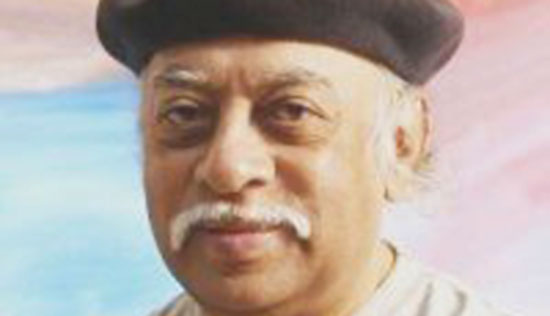 We must talk together sometime
Sometime we must have
A drink together again
And you will tell me precisely
How death presses its shutter
How its flash smiles blindingly
How the negative takes it all
How the roll is wound
How they process it in the lab...

Now that death has pressed its shutter on Chitre, and as we try to process what it means, I do not want to package his life for easy consumption. I do not want to tie a pink ribbon over his work and present it as a uniform, boxed, contained oeuvre. And I do not want to diminish the insistent throwaway quality that Chitre emphasized about his work even as he took his vocation most seriously. But I do want to make sense of the work and life of a man who went against many conventional notions of what literature is, who is a writer, and how a writer should conduct himself in society.

Dilip Chitre is rightly celebrated for his monumental work of translating Tukaram. But not enough is said about the unmonumental aspect of his craft, the throwaway aspect of his vision. I use the term “throwaway” deliberately because one way to look at his work is through the idea of Wittgenstein’s ladder. Wittgenstein said of his own philosophy that one who understands his work is he who “must so to speak throw away the ladder, after he has climbed up on it.” There is this notion of the transitory, or the ever-changing about Chitre’s work and life that I as a reader find valuable because it indicates the unassuming nature of the poet’s life and work.

In an article in The Hindu, one that could be seen as his artistic credo, Chitre said that he rarely, if ever, revisited his written work:

"By some cerebral mechanism, I tend to forget my poems once they are written and cannot recite them at will. ... My poems do not make me wistful or nostalgic. Their present meaning to me is different from the meaning they had when they were written."

They are mementoes of a feeling once experienced, an idea once encountered, but they are not seen forever frozen in the same place as when they were written by the poet. It is surprising yet refreshing to see an artist as unassuming about his creation as this.

Nor is Chitre overly conscious about the large volume of his writing either. One of the ways the world judges the work of a writer is based on the selectivity of his work. Many writers jealously guard their writerly reputation in the public sphere by controlling what is seen of their art. He is aware of this himself:

“My output tells a story by itself. My collected poems in Marathi form 1954 to the present day occupy nearly 1000 pages. My English poetry is about 50 per cent of that volume; and my translation of poetry would fill another 700 pages. This is embarrassingly large; but since poetry is what I principally do in life, I can hardly apologise.”

This tendency to document his poetic thoughts, all of them, is in keeping with the expansive nature of the man and poet, who valued the momentary significance of the ephemeral gesture or word or poem. A particular poem or phrase or word could be forgotten later, as the poet himself did, or maybe thrown aside for something more timely, but these poems document in a democratic fashion and without prejudice, the passing and the impermanent. It is this idea that lies behind the style and structure of his best work, like his poem “Father Returning Home.” Here, there is a recording of the mundane actions of the tired father as he comes home at night—going to the toilet, eating a stale chapati, and in one of the best images of the poem, washing his hands. The poet notes:

The cold water running over his brown hands,
A few droplets cling to his greying hairs on his wrists.

It is this refusal to ignore those droplets on the grey hair on the wrists that is the hallmark of his writing style and also of his philosophy.

In a different way, the throwaway is also the characteristic of his diction in poetry. Here the throwaway is what the world considers as useless or crude or dirty. As one would say in Marathi, he declares his credo in a “chhatiThok” manner when he calls Tukaram “bhenchod” for dragging him into the “morass” (“daldal” in Marathi) of poetry. His poetry abounds in bodily references that are normally seen as inappropriate for use in poetry. In this, he is in the illustrious tradition of Tukaram and Mardhekar and shares this sympathy with his contemporaries like Namdeo Dhasal and Arun Kolatkar (no wonder he translated one and made a documentary on the other). The urge to use such language (he uses words like “cunt” unblinkingly in his work) is part of the larger project of making visible the ordinary, the lowly and also of the anger at the exclusionary vision of much of middle-class propriety. As he says in one of his Marathi poems “'??? ??? ???' ???? ??? ?????" (“Three poems from ‘Ten by Ten”):

The anguish or pain can, very easily and graciously, be accommodated in the fourteen lines of a gracious sonnet, says the poet but, as his own poetry shows, he is not interested in such polite writing.

Poetry emerges like a symptom of the disease of poverty, like so many bodily sores, says he. There is a coalescence of poverty, disease, festering sores and poetry in this very powerful poem from the ‘Ten by Ten’ location in Bombay and it denies any comfort or joy in such emergence. This anger and frustration is evinced in the language, the imagery and the voice of most of his poems. Such language and imagery shocks, unsettles, and reminds one of large sections of the populace that are not part of the usual readership of poetry, the throwaway people. And the world muscles its way into the pristine halls of art in such work.

As a reader, then, it is his egalitarian outlook, his refusal to select, elect, weigh and judge that is most refreshing and new to me. He wrote about the ordinary and the unsingular, he presented an oeuvre that celebrated the passing and the momentary, he used language that was non-elitist, and he tried to do this in multiple genres and art forms. As he said himself,

“For me, poetry is not a monogamous marriage with an art form. I paint and make films as well; I write fiction and plays and translate prose and poetry. Though journalism is not exactly an art form, I was once a journalist by profession and still write for newspapers and edit a quarterly journal. These are all parts of my praxis and they make my feelings, thoughts, concerns, and my entire awareness of the world visible and palpable to audiences unknown to me.”

He laid himself and his world open to the reader without censorship. In the same essay, he finally asked,

“Do I, as a poet, have a fixed identity and a permanent address in the world of poetry?”

He perhaps knew that it was this very lack of fixity, this throwaway quality of his work, that makes his work so different and valuable.