The VM School Of Journalism

No editor could match Vinod Mehta’s passion, obsession even, for exposing rackets. 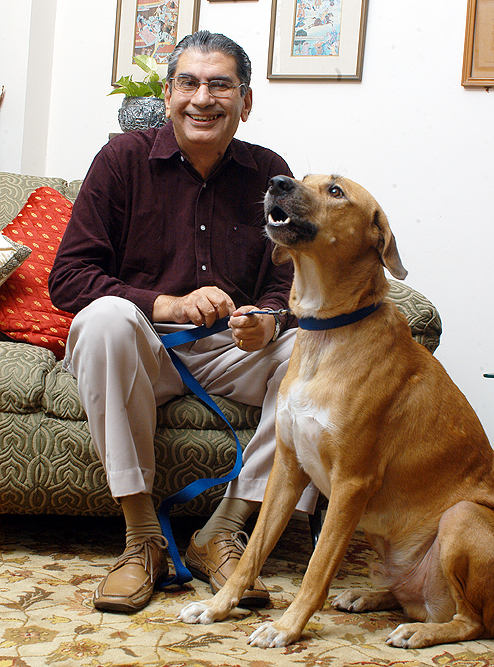 A born editor. This is how one might describe Vinod Mehta. He was simply cut out for the high profile position. A genuine intellectual well-versed and well-read in numerous subjects, Mehta could have lived his entire life as a freelance writer. And lived equally comfortably. But he was destined to excel as an editor, of newspapers as well as magazines, and leave a lasting imprint in English language journalism.

Mehta was like a jauhari and had identified many talented journalists, nurtured them, shaped them and turned them into jewels of journalism. There is a whole bunch of new-age journalists who owe a sense of gratitude to Mehta for what and where they are today. But he never took credit for the rise of the alumni of the Vinod Mehta School of Journalism, as it were, and the professional heights they scaled.

He knew well how to get the best out of his journalists. He was a patient listener. At his editorial meetings even a rookie had as much a freedom to express her ideas as a seasoned one. If he liked a story idea or two, he would go all out and encourage the journalist concerned to pursue it by all means. He supported his journalists to the hilt; always stood by them if the stories triggered controversies (how he relished them) and led to legal battles.

At the same time, he could stand neither sycophants nor hypocrites, not just in the office. He was all for transparency and truthfulness. He had the courage of convictions. Though he had to publish them, the day-to-day run-of-the-mill stories seldom or never interested him. He feared none, but frightened many without actually intimidating them.

It was in big, bold and exclusive (how he hated this particular term) stories, which could shake the establishment, that he delighted as an editor. No editor could match Mehta's passion, obsession even, for exposing rackets and scandals and the people involved regardless of their reputations. He strongly believed it was the duty of the media to expose the villains masquerading as angles.

Even when it was still in its infancy, Outlook broke a major story of the heinous match-fixing scandal that jolted the cricket world like never before and raised serious questions about the image of the gentlemen's game. It was just the beginning and Mehta, always very proud of his brilliant and loyal journalists, went on to bare many cleverly-concealed uncomfortable truths about the mighty and powerful of the country in Outlook, which lent a new dimension to investigative journalism in India.

But for Mehta, the aam aadmi would not have come to know about the nexus between corporate, journalists and politicians and their worst kept secrets in the Niira Radia tapes. It was a tough decision for Mehta to take because not only did it involve some political heavyweights but also Ratan Tata and several other tycoons and a couple of big guns from the media. He was probably aware of the fallout, but he listened to his conscience and went ahead with the "bloody good" story.

Those interested in the genesis of the Niira Radia tapes expose in Outlook, and how its editorial board decided to publish it eventually after weighing up the pros and cons, must read Editor Unplugged, which takes forward the story of the Lucknow Boy, Mehta's earlier memoir. Many in the media knew about the Niira Radia tapes and the ammunition it contained. But they were not prepared to face the consequences, including the towering Tata's wrath, and decided against pursuing the story.

Mehta, as was his wont throughout his chequered career, was least bothered. It may have cost him his job as editor-in-chief of Outlook and also the support of giant advertisers like Tata, but Mehta was "very proud" of his expose of the Niira Radia tapes. "In my career as an editor I could think of no other story I had superintended which was of more compelling public interest," he stated.

In many ways, Mehta was sui generis among Indian editors. He was frank, friendly and forthright, one you could easily meet and discuss a point or two, even if you did not know him. He was highly intelligent, profoundly knowledgeable and well-informed. But he always walked lightly, literally and figuratively, unlike many other editors, and never carried the weight of his erudition and celebrity status on his well-maintained frame.

He relished his own criticism and as an editor preferred letters that were not complimentary. Both in Lucknow Boy and its sequel Editor Unplugged he has made many confessions, revealed closely-guarded secrets and, at the same time, called a spade a bloody shovel. All this, of course, was in keeping with his personality. Surely his memoirs would have pleased the likes of Mahatma Gandhi, Bertrand Russell and Michael Atherton, who also wrote candid, honest autobiographies.

"People have accused me of being economical with the truth," he once said. "This can't be further from the truth. I always thought I exposed myself too much."

It is futile to even imagine that someone like Mehta will again emerge on the firmament of Indian journalism. Considering the direction the print media in India is taking, there will be little or perhaps no scope for an editor like Mehta, howsoever learned and skilful.

With Mehta departs the last of the truly great Indian editors.