The Yes Vote At United Nations Against US: What It Tells About India’s Multilateralism

India voted in favour of the UNGA resolution denouncing US decision to recognize Jerusalem as the capital of Israel. 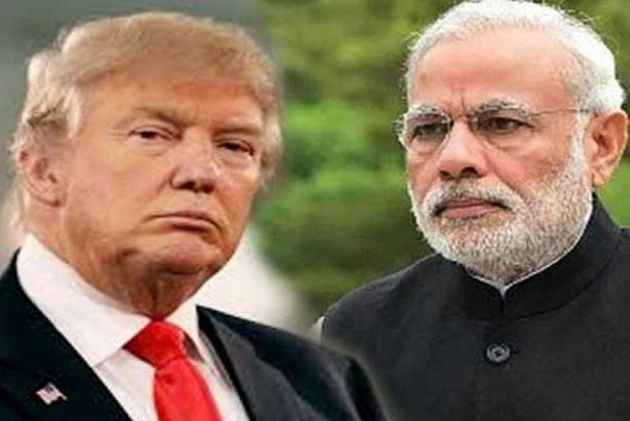 Amidst various speculations and opinions, India voted in favour of the United Nations General Assembly resolution that denounces the United States decision to recognize Jerusalem as the capital of Israel. The General Assembly voted 128 to 9, with 35 abstentions, for the resolution demanding the United States to revoke its declaration. Though the resolution is non-binding and hence will not have any particular impact on the decision of the United States, it became significant with the past few days developments. First, on 17 December, in the UN Security Council, 14 out of 15 member states voted in favour of a draft resolution which condemns the US decision. However, the resolution was vetoed by the United States. Then, on the eve of the General Assembly vote, the US ambassador to the UN Nikki Haley threatened the UN members by saying the US would be “taking names." Later, a letter to ambassadors Haley also said she would report the results to Trump. Moving a step further, Trump said he would suspend “billions of dollars of aid" to those who vote against the US.

For India, the General Assembly voting was very tough for various reasons. First, for the past few years, India-US relation has evolved into new heights. With many high-level visits and signing of several agreements, the world’s two largest democracies recognized themselves as indispensable partners. Secondly, since the Trump came to the Whitehouse, the United States unequivocally sent signals to India's rival, Pakistan to stop supporting terrorism inside and outside the country. For the last few months, the US administration has been playing music to Indian ears. In August 2017, when outlining a new strategy to South Asia, President Trump warned Pakistan that Washington will no longer tolerate Pakistan offering “safe havens” to extremists. He said, "We can no longer be silent about Pakistan’s safe havens for terrorist organizations." Trump also reminded Pakistan that the US would suspend its military and financial aid to Pakistan if it does not clamp down on extremism. New Delhi was never happier than ever when a US' statement in November 2017 warned Pakistan over its failure to take action against Jammat-ud-Dawa leader Hafiz Saeed.

Furthermore, the US administration under Trump continuously recognized India's contribution to stabilizing economy and security of Afghanistan. The US also said that India is working in complementary to Washington's interest and is a key security and economic partner of in Afghanistan. Even in the latest National Security Strategy, Washington acknowledged India as a major strategic and defence partner. The document stated, "We welcome India’s emergence as a leading global power and stronger strategic and defence partner." When referring to Indo-Pacific, Trump new strategy said "We will expand our defence and security cooperation with India, a Major Defence Partner of the United States, and support India’s growing relationships throughout the region." It also stated similar words about the US cooperation with India in the region of Indian Ocean.

Similarly, the vote was tough for New Delhi, because of its emergent partnership with Israel. Though India and Israel have unabated diplomatic ties since 1992, the relationship was more or less focussed on mutual areas of cooperation such as agriculture, science, and technology. However, with Narendra Modi in power, the partnership became more visible especially in the areas of defence and strategy. In September 2014, when Prime Minister Modi his Israeli counterpart met at New York during the UN General Assembly Session, Netanyahu told to the media that "sky is the limit" for India and Israel. Interestingly, the meeting of the two was the first meeting between Indian and Israeli Prime Ministers in more than a decade. Moreover, with his visit to Israel in July, Modi became the first Prime minister of India who visited Israel since its creation. On the eve of Modi's visit, one of the Israeli newspapers said, "wake up: the most important PM of the world is coming." This shows, how seriously Israel considers India as their friend and partner. Foreign Policy magazine described the visit as a diplomatic renaissance" and noted that "it is safe to conclude no government in New Delhi has ever been as enthusiastic about its affection for Israel as the one in power now."

Consequently, New Delhi was in trouble when the UN decided to convene an emergency session of the General Assembly to condemn the US decision on Jerusalem. It was a tough choice for India not only because it was against two of its closest allies-the US and Israel, but both of them were so serious about the outcome of the voting. The US unprecedented warning and threats point towards this fact. Though Israel never acts by the UN decision, whenever some countries favour them in any multilateral forum, the Jewish state celebrates it as a big victory. Therefore, as a partner of Israel, it was hard for India to vote in favour of a decision that condemns the former.

A Surprise, but Pragmatic and Principled

Many foreign policy experts foretold that India would abstain in the General Assembly vote. For them, there are reasons to believe other than the above-discussed active relationship among the three; India-Israel and the United States. First, when world nations condemned Trump for his decision of December 6, India neither denounced nor endorsed it. India response was a tepid statement by the External Affairs Ministry that "India's position on Palestine is independent and consistent. It is shaped by our views and interests, and not determined by any third country." Furthermore, some other decision of India after Modi came to power, such as abstentions from the vote against Israel at the U.N. Human Rights Council in Geneva in July 2015 and later in May 2017 in the UNESCO compelled the policy analysts to believe that India world abstain. Due to this indication of the policy shift towards Israel, some of the experts even proposed to be absent during the voting. However, against all these assumptions and predictions, India voted in favour of the General Assembly resolution and consequently denounced its friend; the US and Israel. It was a surprise for the majority of the Indian foreign policy scholars.

What India’s yes vote tells is New Delhi’s pragmatic and principled position in multilateral forums. It was the second time in December 2017 India stretched its diplomatic muscle and reemphasized its autonomy in foreign policy decisions. The first was the ICJ vote and the victory of Indian candidate, Justice Bhandari. Against the backdrop of a healthy relationship with Britain and constant opposition of the P-5 members, India fiercely fought the election and won. Bilaterally and multilaterally India shakes hands with many countries. However, when it comes to the issues that affect national interest, without any hesitation India could nod its head, an expression of 'No.'

India’s policy towards multilateral institutions always exhibited a dichotomy between principle and practice: an ideological opposition to formal institutionalized discrimination in the international system. Therefore, in such forums, India inclined to stand with the majority while upholding the principle of sovereignty. However, many times India acted like 'spoiler' or ‘rule breaker’. India's approach towards Nuclear Non-Proliferation Treaty (NPT) and its staunch opposition to the position of the developed world in the WTO negotiations are examples. In fact, principles and pragmatism guide such cases as well. For instance, India is the only nuclear power that campaigns for total disarmament of nuclear weapons. Similarly, India is one of the largest troop contributors to the UN peacekeeping operations, while opposing the Western idea of Responsibility to Protect (R2P). Time and again, it was India's approaches and polices helped many multilateral institutions not becoming mini-lateral forums ruled by great powers. This is why several times India led the coalitions of the third world and NAM as a counter-hegemonic force. It shows the pragmatic willingness to seek the best possible deal for India within a hierarchical international system that is not egalitarian. In the present case of General Assembly vote on the issue of Jerusalem, India once again exhibited its principled realism, voting with the majority and subsequently challenging the ‘exceptionlist’ foreign policy of the superpower. Whatever we may call it- 'strategic autonomy' or 'cautious prudence' or non-alignment 2.0’- it is well-suited to India's power, position, and status in world politics.

(The writer is an Associate Fellow at the Institute for Defence Studies and Analyses (IDSA), New Delhi.)