'There Has To Be A Holistic Change'

Veteran Congress leader Kamal Nath on why the Gandhi family is still the best bet for the beleaguered party. 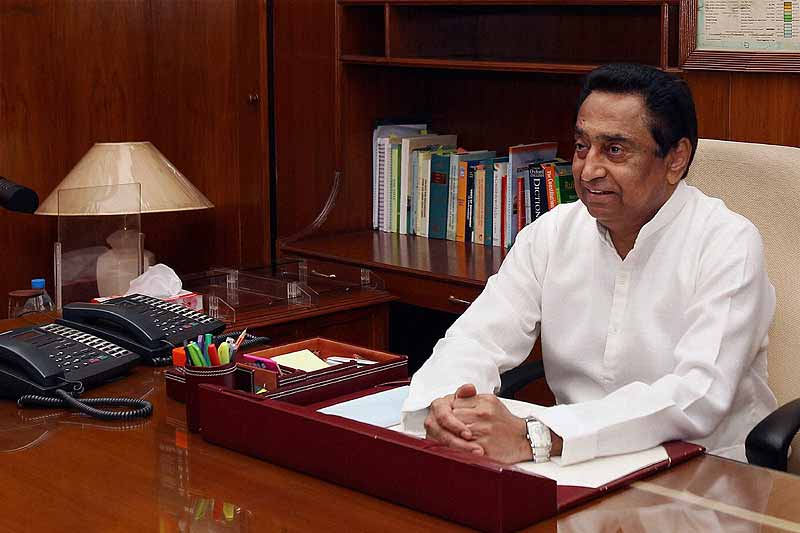 With India becoming the home of the largest aspirational society in the world, politics has changed dramatically in the last 35 years. But even in the changed political landscape, the Gandhi family is the best bet for the beleaguered Congress party, says veteran leader Kamal Nath to Bula Devi:

Do you agree with Congress having an outsider as a strategist?


You mean Prashant Kishor. We must realize that those who are engaged in hourly, daily basis in politics sometimes miss out on some issues in which an outside strategist can help because an outsider can look at things more dispassionately and when he looks at it dispassionately there is no loss in it. So, I think, it's useful to have an outsider. And, why one, sometimes we should have two outsiders.

In the past also…?

Politics has changed completely. We have the largest aspirational society in this planet who view their own future. They look at even governance, and their issues might be completely different. In my own case, I knew 35 years ago which side a village would vote on. But today people in a family vote differently. There is no one size fits all. If we see a state, different parts of the state has different issues. That's why its always better bringing in an outside strategist.

But doesn't emotion play a lot in politics?

True emotions play a lot but I think people have become more realistic.

If that was so then people wouldn't have just voted for the hand or by just seeing Indira Gandhi's photograph on Congress banners. Can an outsider bring in that?

In Congress we have always seen pairs at the top level working together. So when Rahul Gandhi takes charge of the party do you think Priyanka should be there with him?

It is not a matter of bigger or smaller asset. Priyanka Gandhi is not in active politics just now but politics is in her blood. She knows how to relate with the people.

Do you think Rahul Gandhi should come through election process for the top post rather than thrust upon from the top?

He was elected in Jaipur session.

Do you think there should be another round?

I don't think there is any need because party men across the country are all for Rahul Gandhi.

In Congress, there is an issue over age, older generation and younger generation. Do you think age really matters in politics?

Have you been offered to take charge of Madhya Pradesh? Do you think the Congress unit is doing well in the state, do you think a change is needed?

No, I haven't been offered anything but I will do whatever is in the interest of the party and for Madhya Pradesh. There is always room for improvement and there is still two and half years to go, there is plenty of time and one doesn't do things on the last day before elections. Whatever changes is required, if at all, I think a decision will be taken.

What would you suggest for the revival of the Congress after it performed so badly in the last assembly elections?

That's not correct if you look at the statistics. The BJP has gone down everywhere since 2014 and the BJP was at its peak in 2014. Since then, where has the BJP gone up? In four states, the BJP got zero and in Assam, they won after 15 years of Congress incumbency and sort of split in the party. If you translate the 2014 Lok Sabha elections into assembly segments, they have gone down everywhere except Kerala and their vote percentage has also gone down whereas the Congress share has gone up.

For the revival of the party we need to restructure, reorganize at the central level as well as state level. The present structure of the AICC need to be strengthened; these people have been there for long enough and now we need to put new faces.

Won't that create problem in the Congress?

No, there has always been changes every two-three years; it is only now that changes haven't taken place for past four years. There has to be a holistic change.

Too Many Claims, Too Soon