There Is An Alternative

The great political question of our age is what to do about corporate power. It’s time we answered it. 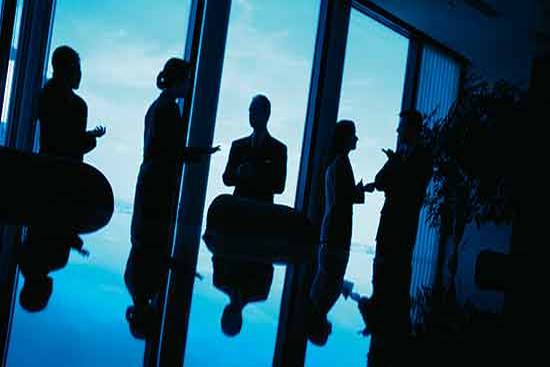 Does this sometimes feel like a country under enemy occupation? Do you wonder why the demands of so much of the electorate seldom translate into policy? Why the Labour Party, like other former parties of the left, seems incapable of offering effective opposition to market fundamentalism, let alone proposing coherent alternatives? Do you wonder why those who want a kind and decent and just world, in which both human beings and other living creatures are protected, so often appear to find themselves confronting the entire political establishment?

If so, you have already encountered corporate power. It is the corrupting influence that prevents parties from connecting with the public, distorts spending and tax decisions and limits the scope of democracy. It helps to explain the otherwise inexplicable: the creeping privatisation of health and education, hated by almost all voters; the private finance initiative, which has left public services with unpayable debts (1,2); the replacement of the civil service with companies distinguished only by their incompetence (3); the failure to re-regulate the banks and to collect tax; the war on the natural world; the scrapping of the safeguards that protect us from exploitation; above all the severe limitation of political choice in a nation crying out for alternatives.

There are many ways in which it operates, but perhaps the most obvious is through our unreformed political funding system, which permits big business and multimillionaires effectively to buy political parties. Once a party is obliged to them, it needs little reminder of where its interests lie. Fear and favour rule.

And if they fail? Well, there are other means. Before the last election, a radical firebrand said this about the lobbying industry (4): “It is the next big scandal waiting to happen … an issue that exposes the far-too-cosy relationship between politics, government, business and money. … secret corporate lobbying, like the expenses scandal, goes to the heart of why people are so fed up with politics.” That, of course, was David Cameron, and he’s since ensured that the scandal continues. His lobbying act restricts the activities of charities and trade unions, but imposes no meaningful restraint on corporations (5).

Ministers and civil servants know that if they keep faith with corporations while in office they will be assured of lucrative directorships in retirement. Dave Hartnett, who, as head of the government’s tax collection agency HMRC, oversaw some highly controversial deals with companies like Vodafone and Goldman Sachs (6,7), apparently excusing them from much of the tax they seemed to owe, now works for Deloitte, which advises companies like Vodafone on their tax affairs (8). As head of HMRC he met one Deloitte partner 48 times (9).

Corporations have also been empowered by the globalisation of decision-making. As powers but not representation shift to the global level, multinational business and its lobbyists fill the political gap. When everything has been globalised except our consent, we are vulnerable to decisions made outside the democratic sphere.

The key political question of our age, by which you can judge the intent of all political parties, is what to do about corporate power. This is the question, perennially neglected within both politics and the media, that this week’s series of articles will attempt to address. I think there are some obvious first steps.

A sound political funding system would be based on membership fees. Each party would be able to charge the same fixed fee for annual membership (perhaps £30 or £50). It would receive matching funding from the state as a multiple of its membership receipts. No other sources of income would be permitted. As well as getting the dirty money out of politics, this would force political parties to reconnect with the people, to raise their membership. It will cost less than the money wasted on corporate welfare every day.

All lobbying should be transparent. Any meeting between those who are paid to influence opinion (this could include political commentators like myself) and ministers, advisers or civil servants in government should be recorded, and the transcript made publicly available. The corporate lobby groups that pose as thinktanks should be obliged to reveal who funds them before appearing on the broadcast media (10,11), and if the identity of one of their funders is relevant to the issue they are discussing, it should be mentioned on air.

Any company supplying public services would be subject to freedom of information laws (there would be an exception for matters deemed commercially confidential by the information commissioner). Gagging contracts would be made illegal, in the private as well as the public sector (with the same exemption for commercial confidentiality). Ministers and top officials should be forbidden from taking jobs in the sectors they were charged with regulating.

But we should also think of digging deeper. Is it not time we reviewed the remarkable gift we have granted to companies in the form of limited liability? It socialises the risks which would otherwise be carried by a company’s owners and directors, exempting them from the costs of the debts they incur or the disasters they cause, and encouraging them to engage in the kind of reckless behaviour that caused the financial crisis. Should the wealthy authors of the crisis, like Fred Goodwin or Matt Ridley, not have incurred a financial penalty of their own?

We should look at how we might democratise the undemocratic institutions of global governance, as I outlined in my book The Age of Consent (12). This could involve the dismantling of the World Bank and the IMF, which are governed without a semblance of democracy, and cause more crises than they solve, and their replacement with a body rather like the international clearing union designed by John Maynard Keynes in the 1940s, whose purpose was to prevent excessive trade surpluses and deficits from forming, and therefore international debt from accumulating.

Instead of treaties brokered in opaque meetings between diplomats and transnational capital (of the kind now working towards a Transatlantic Trade and Investment partnership), which threaten democracy, the sovereignty of parliaments and the principle of equality before the law, we should demand a set of global fair trade rules, to which multinational companies would be subject, losing their licence to trade if they break them. Above all perhaps, we need a directly elected world parliament, whose purpose would be to hold other global bodies to account. In other words, instead of only responding to an agenda set by corporations, we must propose an agenda of our own.

This is not only about politicians, it is also about us. Corporate power has shut down our imagination, persuading us that there is no alternative to market fundamentalism, and that “market” is a reasonable description of a state-endorsed corporate oligarchy. We have been persuaded that we have power only as consumers, that citizenship is an anachronism, that changing the world is either impossible or best effected by buying a different brand of biscuits.

Corporate power now lives within us. Confronting it means shaking off the manacles it has imposed on our minds.