Home  »  Website  »  Books  » News Analysis  »  "There Is No Content, No Language, Nothing Which One Can Discuss.": Delhi University Teachers On Chetan Bhagat's Books
Campus Watch 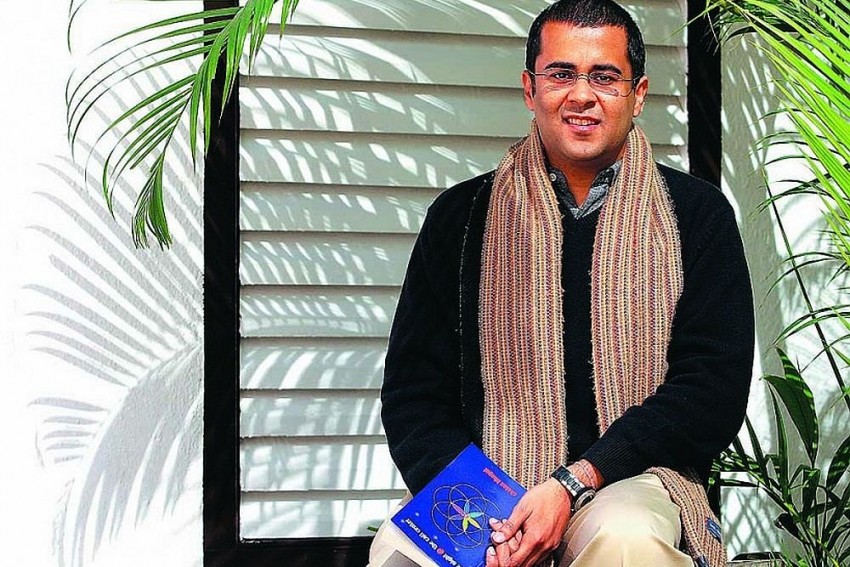 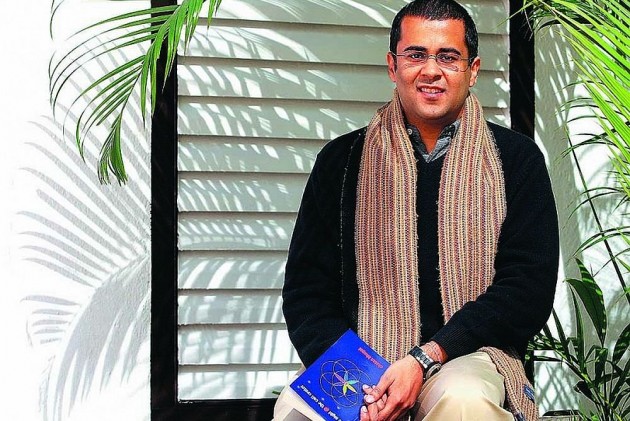 Delhi University’s proposal to include 'best-selling' author Chetan Bhagat’s Five Point Someone in the English literature syllabus for the general elective paper has raised many eyebrows with professors and students terming it a 'bizarre' move. Although, the popular writer has managed to enjoy a fan following among youngsters and film directors, the literary circle refuse to call him a 'novelist' or recognise his work as 'literature'.

This literary circle is what Bhagat likes to call 'elitistaan'.

Regarding the shocking amend in the varsity's 'popular literature' syllabus, Outlook spoke to a few teachers who will now have to teach Bhagat's work starting July 1.

Dr Shweta Sachdeva Jha, assistant professor at Miranda House feels there are better authors such as Amish Tripathi, Anuja Chauhan , Ashvin Sanghi, Advaita Kala or Devdutt Patnaik whose books fit into the popular literature paper. "These authors are pushing the boundaries of mythology, chick lit or crime, and they have a good command over language. We teach translations, graphic novels, even Bollywood films such as Maqbool. What is Bhagat offering?" she asks.

Five books written by Chetan Bhagat have been adapted into successful Bollywood films. Commercial success, thus, is what the author enjoys, notwithstanding the critics' opinions. But to make his book a part of DU's syllabus is an idea not in coherence with the existing educational structure.

" We are talking about education here. We have many writers like Amitav Ghosh and Vikram Seth who are much better writers worth studying, even if it's popular literature. I am not in support of this move. My students aren't very keen either," says Merina who teaches at DU's College of Vocational Studies.

Students, especially the alumni are truly, much in dismay. "English literature is the pinnacle of affluence. Why would Delhi University shove down Chetan Bhagat's book someone's throat and snatch away that elegance completely?" Kunal Palta, a DU graduate asks. He is not the only one. Many students feel that the move is no less than a mockery of literature and the unworthy victory of mass culture. "Even though his work appeals to masses, it does not enhances a literature student's erudition. Adding his work as part of a central University's syllabus is truly absurd." says Priyanka, another alumnus.

Another professor, Nandini Guha, who has been teaching English literature over two decades, feels including Bhagat's work in the curriculum is a futile exercise. " The problem is not the students. We, as teachers will have to teach them. And I for one, cannot imagine teaching Chetan Bhagat. There is no content, no language, nothing which one can discuss.

" By teaching Chetan Bhagat, we will not be able to make them read or analyse better. The purpose of the teacher is to help the students become better. I don't think Chetan Bhagat is going to help them in that, " she rued.

Students on the other hand feel the same. It's a shame, says Rishika Kumar. "The novels we study have the potential to grow our minds, make us more aware. Studying a novel which is baseless, has no quality and is written by someone whose only agenda is to get them adapted into commercial cinema, is beyond my comprehension."

All criticism apart, the varsity professors are unable to fathom the reason behind this sudden change. "Is it because  the syllabi committee were desperate to get a male author?"  asks Jha.

Bhagat's book will be on the same pedestal as those by popular women authors Agatha Christie, J K Rowling and Louisa M Alcott. "Bhagat has fans in the BJP and universities across India such as DU. The syllabi commitee is  choosing his fiction because he speaks the language of the Right and is as bombastic as it can get. I don't think other writers in this genre would have bothered about being included in a syllabi but he does, which is ironic. We need to have a debate on why A K Ramanujan's Many Ramayanas was deleted or why Wendy Doniger's book was banned, wonder why the media is so interested in Mr Bhagat and DU now?" she asks

Echoing her opinion is Akanksha Naryana, an alumni who remembers having been taught G.Kalyan Rao and Mahasweta Devi by the university. 'Those were texts written by leftists- Pro Ambedkar and  explicitly against hindu dominance in Indian culture, something which the present government has been known to favour. In fact, all we witness is a disturbing trend that propogates the idea of a 'Hindu rashtra'.  I wonder then, if the books are still included in the literary syllabus or has it all been replaced by someone like Chetan Bhagat who enjoys a fanbase among BJP followers."

M Geetha, an  associate professor of English at CVS, South Campus feels it's alright as long as it is not added in the mainstream English honours course.

"His novel reflects socio-cultural scenary of the current campus life, be it DU or IIT.  If the book was a part of cultural studies, it would have been better. But it cannot be constituted as  literature because apart from a reflection of a particular aspect of society, mainly concerning with students, there is not much to be analysed or studied."