'There Is No Limit That Anyone Can Place On Israel's Violence'

The former Indian diplomat says Israel is a rogue state that functions with total disregard for international law, norms and values 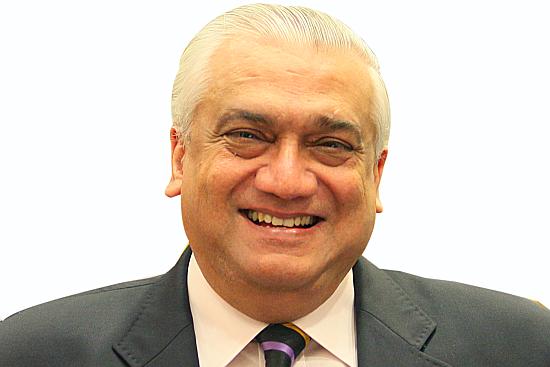 Is Israel becoming a rogue state and is the international community totally powerless to rein it in?

A rogue state is one that functions with total disregard for international law, norms and values; indeed, it is indifferent to any constraints on its conduct, arguing that it faces such extraordinary threat that for its self-preservation and the protection of its interests and values, it cannot allow any restrictions on actions taken by it. By this yard-stick, Israel has been a rogue state for several years. Since the 1980s, as better understanding of the Israel-Palestine dispute has emerged in the international community, Israel's actions against the Palestinians have become even more uncompromising and even brutal, and almost entirely against international sentiment. Since the mid-1990s, it has in fact given up all interest in pursuing the peace process, while steadily expanding its settlements in the occupied territories in violation of international law and all norms of natural justice.

I must admit that what passes for the international community, which, in our iniquitous world order, means the western countries, has neither the capacity nor the desire to confront Israel and its maximalist agenda. The Europeans, whatever their private views, are silenced by the fear of being labelled anti-Semitic. The American political establishment, the media and academia are either thoroughly compromised or too frightened to raise their voice against the blatant injustices and brutality heaped by Israel upon the Palestinians. So, yes, there is today no power within or outside Israel that can restrain this violent behemoth.

Is the Israel’s ongoing military action on Gaza justified? Can it go on killing innocent civilians in the name of dealing with Hamas militants?

In seeking to understand Israel-Palestine developments, it is important to get the origin of events and their sequence right. The origins of the current crisis lie in the failure of the Obama regime to convince Israel to re-start the moribund peace process, which had been touted as a significant pillar of the administration's foreign policy. Israel succeeded in bending the Obama presidency to its will in the same way it bent and broke others earlier -- by mobilising its formidable lobby. After achieving this, Israel knew it had a free hand to pursue its agenda in Gaza -- the emasculation of Hamas through the physical annihilation of its leaders, the systematic destruction of Gaza's infrastructure and the killing of the largest possible number of Palestinians in the shortest possible time. This is a totally unequal encounter, since Israel is the most powerful military force in the region while its enemies have no army, navy or air force to confront it.

Hamas however seeks to remind Israel that it will not shy away from this unequal confrontation. Its feeble missiles are the only weapons it has; they do hardly any damage, but they do affirm to the Israelis that Hamas and the Palestinian people will not stand without protest before the Israeli firing squad. Of course, Israel uses this to paint its victims as terrorists bent on its destruction! Hamas's missiles are only an excuse for the latest attack. Do recall that Israel had launched similar violent attacks in Gaza in 2008-09 and then again in 2012.This time Israel believes the global and regional scenario is propitious: the US has been silenced, while the Arabs are divided and preoccupied with domestic issues. This is therefore the best moment to make one more effort to destroy Hamas.

And, yes, there is no limit that anyone can place on Israel's violence for after all it is fighting for its survival against very formidable foes!

Why has the liberal Israeli/Jewish voice been so silent during this operation of Tel Aviv? Has that voice been lost?

Israel's liberal voice, though popular in international academic circles, actually carries very little influence inside Israel or even in the Jewish community at large. The overwhelming majority of Israelis, and their supporters abroad, have bought the line that Israel faces an existential threat from fanatical Muslims who are resorting to terror to destroy it. For now at least we should not expect these liberals to restrain their co-nationals. Please recall that, over the years, Israel has evolved into a "security state'' where the influence of the religious and political right-wing is overwhelming. This is best represented by the settler community which is impelled by messianic zeal in asserting its right to the Promised Land which has no defined borders.

Why is the Arab world so silent during all this?

The Arab world as a whole is experiencing an unprecedented crisis. It has several dimensions which taken together have paralysed the Arab leaderships. Briefly, the sources of the crisis are:

Israel has taken advantage of this instability and confusion to launch its attack on Gaza, knowing full well that the Arabs are incapable politically and diplomatically of doing anything to support their beleaguered brethren in Palestine. In fact, Israel believes that some Arab regimes might even welcome the destruction of Hamas as a Brotherhood affiliate!