Home  »  Website  »  National  » Reportage  »  There Was Only Appeasement Of Minorities And Zero Empowerment In Last 60 Years, NDA Govt Changing It: Naqvi

There Was Only Appeasement Of Minorities And Zero Empowerment In Last 60 Years, NDA Govt Changing It: Naqvi

The minister said empowering the community educationally will be high on the government's agenda in 2018. 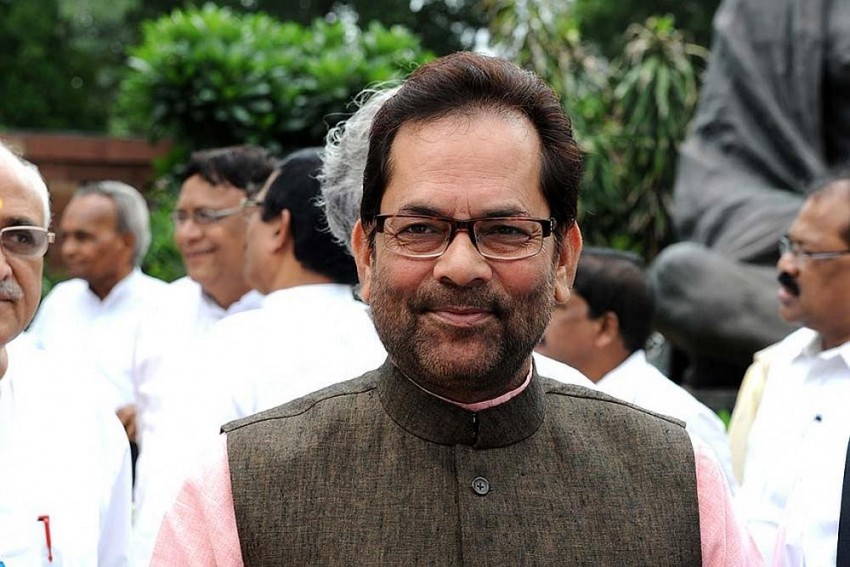 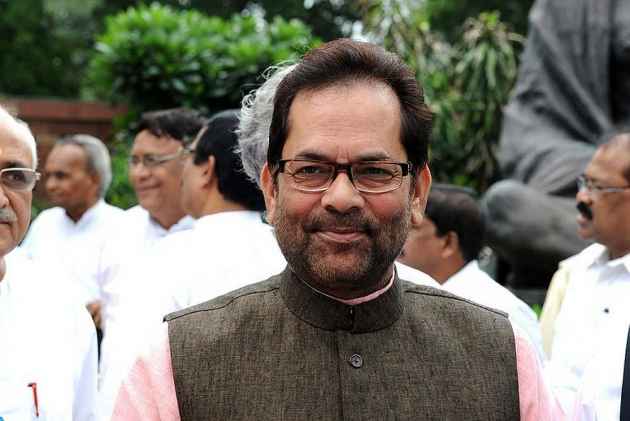 Union minority affairs minister, Mukhtar Abbas Naqvi, today said that there was only appeasement of minorities and zero empowerment in the last 60 years.

"There was only appeasement of minorities in the name of development during the last six decades. There was zero empowerment. We have tried to change that during the NDA's governance," Naqvi told PTI.

The minister said empowering the community educationally will be high on its agenda in 2018.

Naqvi, who scaled up in rank as Cabinet minister for minority affairs after Prime Minister Narendra Modi re-jigged his council this year, said the BJP-led NDA government strived for welfare of minorities sans appeasement till now.

While attacks on members of minority communities, including the 17-year-old Junaid killing case, gave fresh ammo to the Opposition to attack the Centre, Naqvi maintained that the government did not allow "destructive agenda to dominate agenda of development".


About his ministry's priority in the year to come, he said, "Educational empowerment, especially education for girls, is our focus and our effort is to increase literacy rate of the communities on par with other communities."

A panel formed by the Maulana Azad Education Foundation (MAEF), a non-profit and non-political social services organisation funded by the ministry, this year expressed concerns over educational backwardness of Muslims.

It suggested a three-tier model of institutions—central schools, community colleges and national institutes to for their empowerment.

According to the 2011 Census data, literacy rate among Muslims was 68.53 per cent against the national average of 72.98 per cent.

Saudi Arabia increased India's Haj quota from 1.36 lakh to 1.70 lakh, which the central government termed as "biggest expansion" of the quota since 1988.

In a major reform, the government also for the first time decided to allow women aged above 45 to travel without a male colleague in a group of at least four to Saudi Arabia for the pilgrimage.

In addition, the Haj Committee of India also launched 'Haj App' for aspirants to apply for the pilgrimage.

The ministry also carried out an outreach programme 'progress panchayat' in minority-dominated areas, seeking to inform them about the welfare initiatives of the government. The last such programme was held in Rajasthan's Alwar on December 17.

"So far, two dozen such panchayats have been held," the minister added.

In a bid to offer commercial exposure to artisans and craftsmen from the communities, the ministry organised 'Hunar Haat' (Skill Haat) in the national capital. It plans to organise similar Haats in Mumbai, Kolkata, Bhopal and other cities in the time to come.

In line with the government's push, the ministry went digital in 2017.

In August, the Supreme Court by a majority of 3:2 ruled that the practice of divorce through triple talaq among Muslims is "void", "illegal" and "unconstitutional".

The government then brought out the draft 'Muslim Women Protection of Rights on Marriage Bill' according to which giving instant triple talaq will be illegal and void and will attract a jail term of three years for the husband.

The bill seeking to criminalise the practice of instant triple talaq is set to be introduced in the Lok Sabha tomorrow.

The matter is being pursued by the Law Ministry and not by the Minority Affairs Ministry.

More Than 53% Children Face One Or More Forms Of Sexual Abuse: Centre