On BJP spokesperson Shaina NC's remark that she was confused whether the Bahujan Samaj Party leader and former Uttar Pradesh Chief Minister Mayawati is 'he' or 'she'. 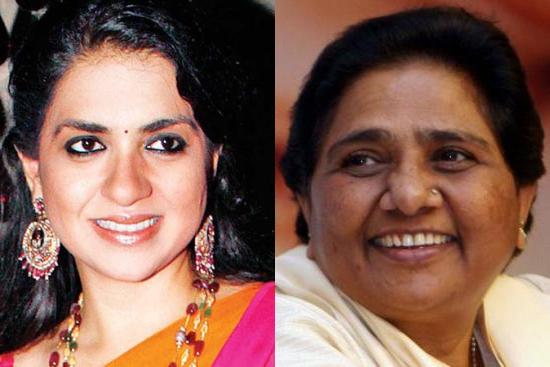 Participating in an Entrepreneurs' Organization (EO) event at Jaipur, BJP spokesperson Shaina NC said that she was confused whether the Bahujan Samaj Party leader and former Uttar Pradesh Chief Minister Mayawati is 'he' or 'she'.

What does Shaina NC mean when she says, smilingly, she doesnt know if ?#‎Mayawati? is 'he or she'? Let's unpack the 'joke'.

This is the mentality of those ghastly gender tests—the one that they conduct when women athletes run 'too fast' for womanly women.

This is misogyny. It displays deep uneasiness, not only with strong independent women, but also with people whose physical appearance and personality don't conform to gender stereotypes.

How scared some people are, when they cant tell if we're 'he or she'! Misogyny and transphobia combined in a lethal cocktail.

A sexist remark a day by BJP's women leaders (Anandiben, then Shaina) each at events supposedly for women's 'uplift' and 'empowerment'.