Irani accused Gandhi of doing "vulture politics" and claimed that not a single instance goes by where he doesn't attempt to rupture social bonds for electoral gains. 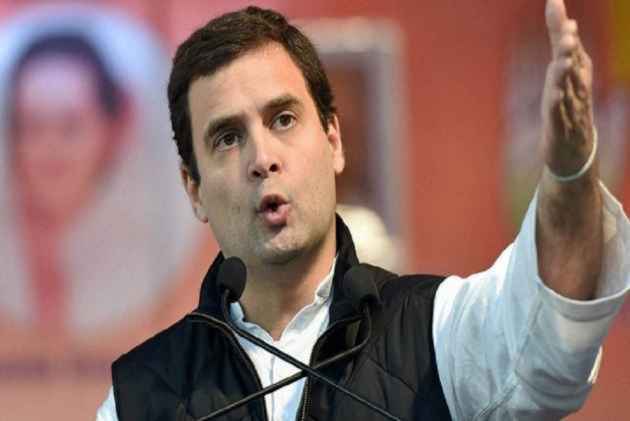 The Congress and the BJP were today locked in a bitter slugfest over the Alwar lynching case with Rahul Gandhi alleging hatred had replaced humanity in Prime Minister Narendra Modi's "brutal" 'New India' and two union ministers accusing the opposition leader of being a "merchant of hate" and indulging in "vulture politics".

The fresh wordy duel between the two rival parties broke out after the Congress president cited a media report which claimed that policemen in Alwar in Rajasthan took three hours to take a dying victim of a lynch mob to a hospital as they took a tea-break enroute.

The 28-year-old victim was allegedly lynched in Rajasthan's Alwar district Friday night by a group of people who accused him of smuggling cows.

"Policemen in #Alwar took 3 hrs to get a dying Rakbar Khan, the victim of a lynch mob, to a hospital just 6 KM away. Why? They took a tea-break enroute," Gandhi said on Twitter.

"This is Modi's brutal 'New India' where humanity is replaced with hatred and people are crushed and left to die," he said.

Khan and his friend Aslam were taking two cows to their village in Haryana through a forested area near Lalawandi in Alwar district last week when five men attacked them. Three people have been arrested.

The media report cited by Gandhi claimed that the policemen stopped for tea and took the cows to a shelter before taking Khan to the hospital.

"Stop jumping with joy every time a crime happens, Mr Rahul Gandhi. The state has already assured strict and prompt action. You divide the society in every manner possible for electoral gains and then shed crocodile tears. Enough is enough. You are a MERCHANT OF HATE," Goyal tweeted.

Goyal's remark echoed the attack on Modi by Sonia Gandhi during the 2007 Gujarat Assembly poll campaign when the then Congress President used the phrase 'maut ka saudagar' ('merchant of death') to target the then chief minister of the western state.

Irani accused Gandhi of doing "vulture politics" and claimed that not a single instance goes by where he doesn't attempt to rupture social bonds for electoral gains.

"Rahul Gandhi's family presided over the worst form of hate in 1984, Bhagalpur, Nellie and Many other instances. It is shameful that he is doing the same through vulture politics," she tweeted.