This New Greenhouse Is Expected To Break New Ground

The 1.5-acre facility will rely on 99% sunlight and recycled water of up to 7,500 gallons a month and produce about 500 tons of leafy greens per year. 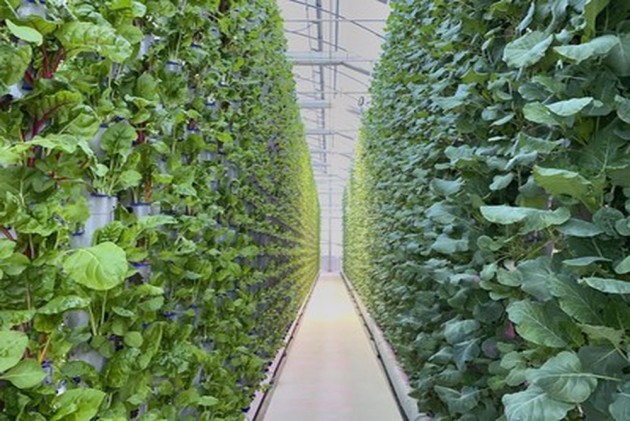 Vertical farming is fast gaining popularity since growers obtain increased yield in a smaller area of land. In India, many farms in and near urban areas have since taken to this practice of growing crops in vertically stacked layers.

Another benefit is that under a controlled environment plant growth is set to optimize. Soilless farming techniques also add to the advantages.

Vertical farming can be done inside buildings, shipping containers, and even tunnels. That involves artificial lighting.

Now, a new 1.5-acre vertical farming greenhouse, situated in an opportunity zone in Cleburne, Texas, will reportedly produce approximately 500 tons of leafy greens per year for its local offtake partners.

Eden Green Technology, a next-generation vertical farming company, announced this week that it has broken ground on the new facility, next to its R&D greenhouse in the Dallas-Ft Worth Metroplex. Existing investment partners are investing $12 million into Eden Green Technology as part of the development deal.

The company's plans include partnering with firms and organisations not only in Texas, but also in other domestic and international locations.

The facility will rely on 99% sunlight, rather than 100% LED lighting, and recycled water of up to 7,500 gallons a month. Combined with annual water consumption equal to only two households, the facility will produce 11 to 13 harvests per year, compared to 1-2 harvests yielded by traditional farming methods.

Eden Green Technology claimed that this facility will use 99% less land, and 98% less water, than an equivalent yield on a soil-based farm.