This Time, The Venue Is A Moving Bus For Carnatic Musician TM Krishna, And His Audience Is Passengers 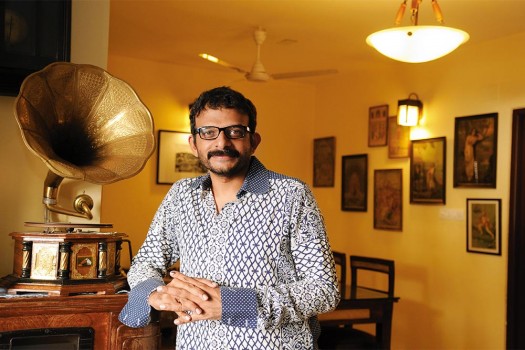 Bus journeys can be monotonous but not when Carnatic musician and Magsaysay award winner TM Krishna is around. On a fine morning, the Chennai–born musician sang for the passengers in the city’s 29-C MTC bus in the Perambur-Besant Nagar route.

His performance on the bus is part of an outreach programme for Chennai’s ‘Urur Olcott Kuppam Vizha’, a joint initiative of the fishing village of Urur Olcott Kuppam and the residents of Chennai celebrating togetherness. The event also aims to use arts to create ‘inclusive spaces’.

Krishna, known for his unique ways of taking classical music to masses with a social cause, was recently in news for his ‘Poromboke Paadal’ as part of a campaign to save Chennai’s Ennore creek from the pollution caused by developmental activities that reportedly became the first ever carnatic song to have gone viral on social media.

In the song video, Krishna is seen singing with the background set against various developmental activities polluting the environment. The idea of this song came from Chennai-based environmental activist Nityanand Jayaraman, who worked behind the 'Kodaikanal Won’t' rap song, which created a massive online campaign that put Unilever under pressure to provide compensation to the victims of the pollution it caused in Kodaikanal.