This Toilet Stinks Of Pro-Government Propaganda

Akshay Kumar and Bhumi Pednekar spark well together, but the movie cries for a better script... 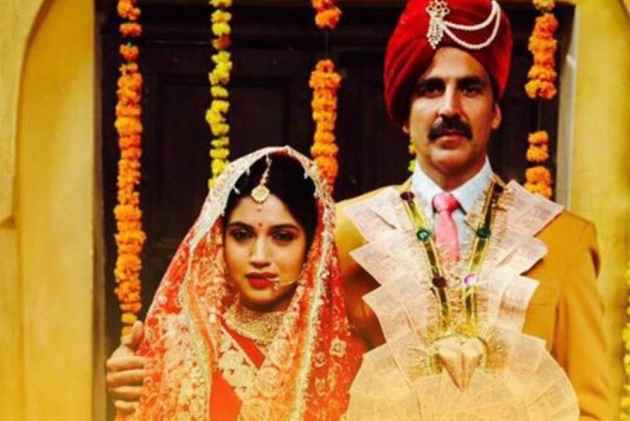 "Mein toh uske pyaar mein Taj Mahal banwa sakta hu, (I can build Taj Mahal in her love)"sings Keshav (Akshay Kumar), the son of Manusmriti-following Brahmin. Thankfully for him, the feat is not so great. Or is it?  He is asked to build a toilet for his bride Jaya (Bhumi Pednekar) who refuses to be part of the "lota gang" and defecate in the open fields like the other women in the village. What follows is a dialogue on the much larger issue of blind traditions, culture, and society.

For most of us priviledged ones who have toilets in their houses, the burning issue of 58% Indians open defecating, brought to us by director Shree Narayan Singh with a stellar cast should have been enough to hold our interest, but the movie fails to deliver.

The movie, that has a fairly engaging first half with the stalker-ish romance between the twenty something Jaya and the middle aged Keshav, soon starts to stink of pro-government propaganda. It is little short of a public service campaign that got stretched into a 175 minutes movie; and when the film refers to the toilet scam, and even slips in a lauding reference to demonetisation, one wonders if the government could have considered waving off the entertainment tax on this one.

The cast performances are earnest, if not extraordinary. Kumar, who has been playing the nationalist hero in his last films, and Pednekar, who delivers a good second film, spark well together, and carry the weight of the film as well as they can. But the movie cries for a better script.

Had the conflict stayed personal, and the treatment been less heavy-handed, the movie may have been a must watch. The movie needed a light touch, a firmer grip on the issues they are trying to address, and a lot less preaching. When one is left trying to find the movie in the message, instead of the message in the movie, something has majorly gone amiss.