#ThisIsNotConsent: Why Women Are Tweeting Photos Of Their Underwear In Ireland

The outrage has included a female lawmaker brandishing underwear in parliament and women posting pictures of their thongs online with the hashtag #ThisIsNotConsent. 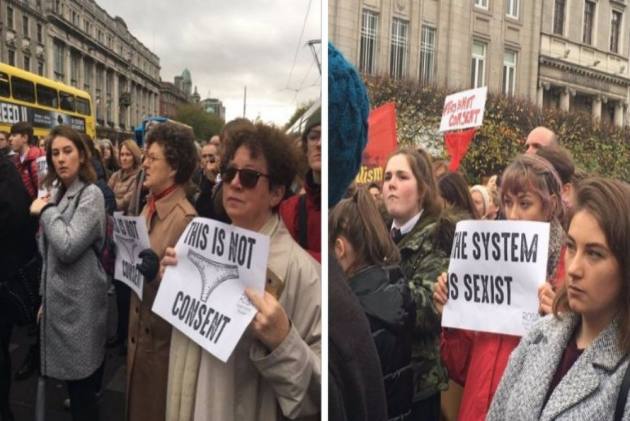 Women carrying lacy underwear took to the streets across Ireland this week after a man was acquitted of rape in a trial of a 17-year-old's thong as a line of defence.

Many women this week took to Twitter and posted pictures of their underwear under the hashtags #ThisIsNotConsent and #EndVictimBlaming. 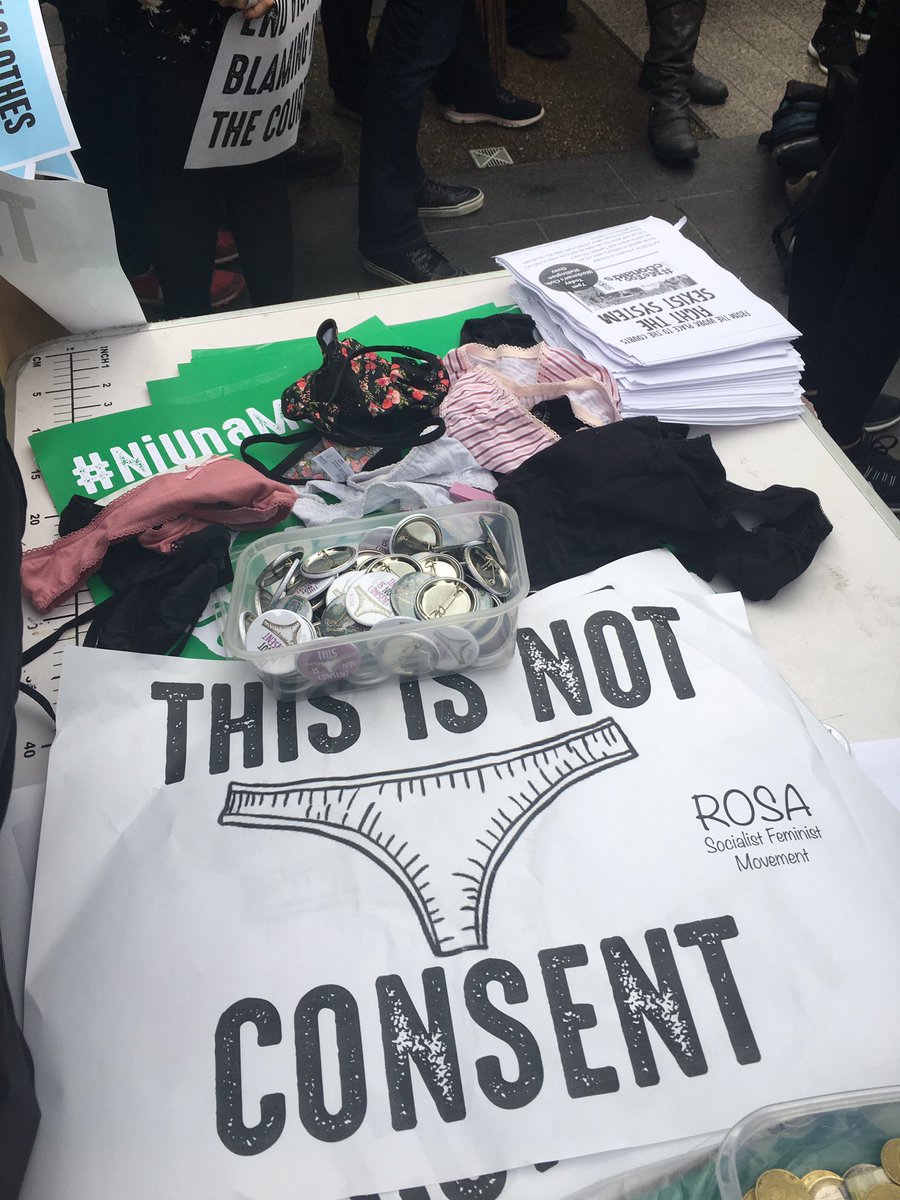 On Tuesday, lawmaker Ruth Coppinger held up a blue lacy thong in Ireland's parliament, known as the Dáil, to protest the government’s inaction over the issue of sexual consent.

"It might seem embarrassing to show a pair of thongs in this incongruous setting," said member of parliament Ruth Coppinger -- pulling the underwear from her sleeve against the objections of the speaker.

"But the reason I'm doing it -- how do you think a rape victim or a woman feels at the incongruous setting of her underwear being shown in a court?"

She was referring to a rape case in the republic's southern city of Cork, where a girl's underwear was shown to jurors.

"A barrister actually told a jury to 'look at the way she was dressed', that she was 'open to meeting someone' because she was 'wearing a thong with a laced front'", Coppinger added.

I hear cameras cut away from me when I displayed this underwear in #Dáil. In courts victims can have their underwear passed around as evidence and it's within the rules, hence need to display in Dáil. Join protests tomorrow. In Dublin it's at Spire, 1pm.#dubw #ThisIsNotConsent pic.twitter.com/DvtaJL61qR

"Women in this country are getting a little bit weary at the routine victim-blaming going on in Irish courts." Protests have now taken place in the cities of Dublin and Cork as well as Belfast in Northern Ireland -- with women appearing brandishing pairs of underwear and placards emblazoned with the phrase "This is not consent."

Protestors are calling for a reform in Irish rape prosecution laws to deny the defence practice which they say reflects a culture of victim-blaming.

She said culture places "enormous pressure" on women and girls "to be sexualised and to present sexually" -- but that rape trials then often punish that same behaviour with the use of such "evidence".

Clothing, as well as fake tan and contraception, have all been used as alleged proof of consent in recent rape trials, Coppinger said Tuesday.

These latest protests follow demonstrations in Ireland and Northern Ireland after the so-called "Belfast rugby rape trial" -- when Ireland players Paddy Jackson and Stuart Olding were acquitted of raping a woman in 2016.

THIS IS NOT CONSENT and I believe her. Disgusted and ashamed in Ireland’s Justice System.
Victim blaming like this is completely unethical and unacceptable. #ThisIsNotConsent pic.twitter.com/ZZCe8y2KCv

More than 4,000 protesters gathered in Dublin after the pair walked free in March.