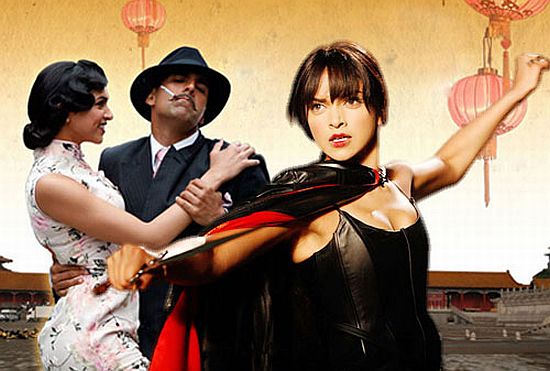 The activities of Indian and Chinese troops along the line of actual control,  the undemarcated border between the two nations known as LAC, may recall memories of 1962.  That year marked a border conflict between the two Asian giants that remains etched in the Indian psyche—reinforced by the 1964 film Haqeeqat, written and directed by Chetan Anand. The same dispute goes unmentioned in China’s history books.

Indian films continue to explore the nuances of India’s relations with China—from friend to foe, and more recently, suggesting the potential for stronger ties between the two nations based on a long history of friendly interactions.

Prior to the 1962 border conflict, relations were not adversarial. The two countries thrived peaceably on either side of the Himalayas for centuries, bound by ties of trade and ideas—first with the philosophy of Buddhism and by the early 20th century through anti-imperialist and anti-colonial struggles.

In 1938, an Indian doctor went to China on a medical mission at age 27. Fired by the call of Indian nationalist leaders to help China in the fight against Japan, Dwarkanath Kotnis volunteered to care for the sick and wounded in China and ended up with the Eighth Route Red Army, led by Mao Zedong , where he met his future wife and later died at the age of 32. Venerated as a hero of the Chinese Revolution, a statue of him was erected in Shijiazhuang, Hebei. His tomb in the Revolutionary Martyrs' Cemetery faces that of Norman Bethune, physician and member of the Canadian Communist Party, who also joined the Eighth Route Red Army, and died en route in 1939. 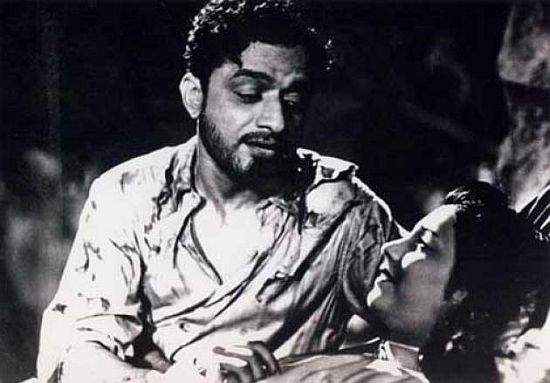 This story is the basis for V. Shantaram’s 1946 film, Dr Kotnis ki Amar Kahani, or The Immortal Story of Dr Kotnis. The film reflects not only prevailing nationalist sentiment, but also communist and revolutionary struggles across the globe. It refers to the 1937 plea by the Chinese Communist Party to Jawaharlal Nehru and the Indian National Congress to assist in its struggle against Japan.  Kotnis responded to this plea and, on the Long March, he tended to the sick and wounded of the Red Army. The scenes that show him wooing Qing Lan, his future wife, reveal nuances of the relations between the two countries. He tells her that there is no need for chini, “sugar” in Hindi, in Chinese tea, suggesting the Chinese body is filled with sweetness. They are married by official command, and their union is explained to the villagers in terms of underlining the closeness of India and China. The military commander, General Nie Rongzhen, names their son Yin Hua, for India and China.

This period, when India and China were at the brink of attaining nationhood free of the imperial yoke, was a time of mutual sympathy and friendship. There were shared values across the globe propagated by the international communist organization Comintern, and correspondence among leaders of the Chinese Communist Party and the Indian nationalist struggle, identifying the struggles of common people and giving each other mutual strength. 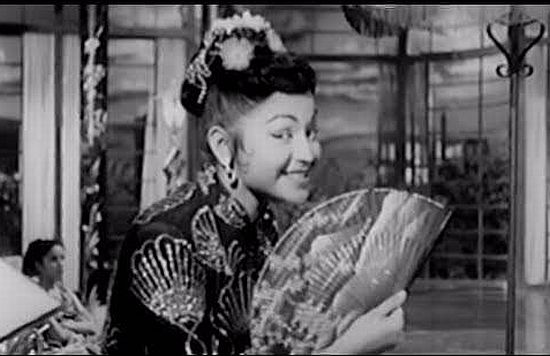 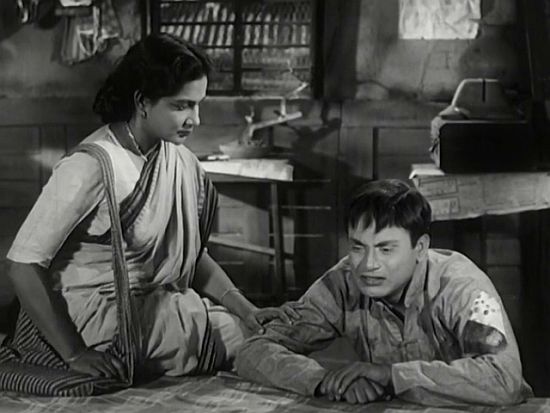 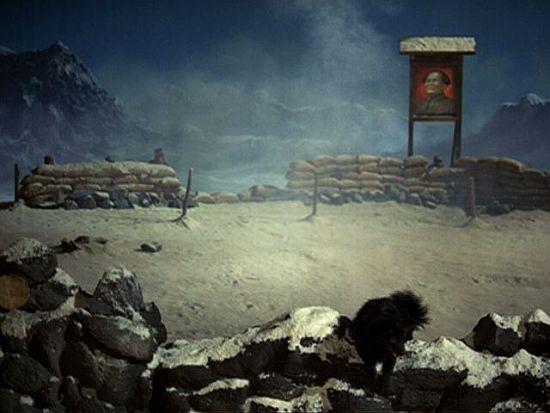 Political disagreements arose between India and China by the late 1950s, largely based on border disputes and the question of Tibet. Friendship with China was less easy, and the filmic landscape shifted. Films of the late 1950s showed Chinese involved in smuggling, gangsterism (Howrah Bridge, 1958) and spying (Prem Pujari, or Worshipper of Love 1970). China was deemed a national security risk and positive portrayals of people-to-people interactions were temporarily banned, as in the case of Neel Akasher Niche, or Under the Blue Sky, 1959.

After the border war of 1962, the rhetoric was driven up a notch. Haqeeqat, or Reality, opened in 1964 with a dedication to Nehru and paid homage to the soldiers who gave their lives in Ladakh, defending India's national borders against Chinese intrusions in 1962. Panoramic shots capture the beauty of the Ladakh landscape, showing the majesty of India’s northeast. 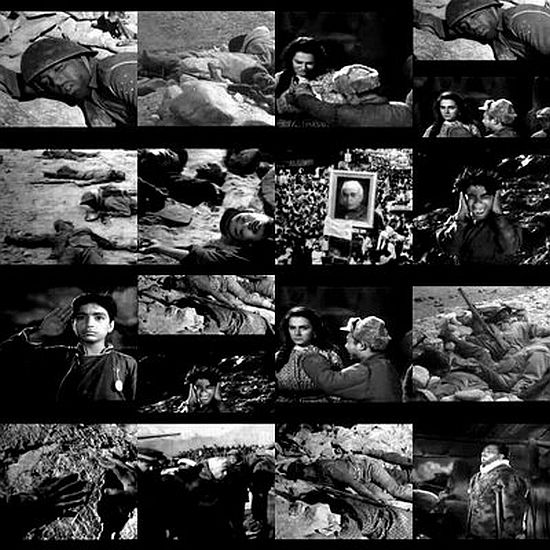 The film contrasts the force of the Chinese military, its immensity and purpose, with that of the unprepared Indian army, ill-equipped and outnumbered, lacking in strategy. The Ladakhi people are shown befriending the soldiers and assisting them against the Chinese. As Indian soldiers reach their mountain posts in the treacherous high reaches of the Himalayas, they are subjected to nonstop blaring on loudspeakers by the Chinese soldiers, repeatedly invoking the old slogan:  Hindi-Chini Bhai-Bhai, Indians and Chinese are brothers.

But the chant rings hollow, followed by the Chinese soldiers asking them to retreat or face “slaughter… like sheep and goats.”  Despite a readiness to fight, the Indian Army adheres to orders not to fire first.

The film shows footage of women donating gold ornaments to the war effort and newsreel footage of Prime Minister Nehru saluting the armed forces on Republic Day. Valorising the men in uniform while portraying the Chinese as a ruthless twofaced friend/foe, Haqeeqat contributed to uniting Indians, while reminding people of different political persuasions of the external threat to India.

Haqeeqat highlights the propaganda of the Chinese and suggests that China’s intention was expansionism and destabilization of Asia. Indian soldiers eyeing the Chinese army amassed in Ladakh, joke that their opponents are living up to the spirit of their ancestor Genghiz Khan, claiming all lands he had walked on as their territory. 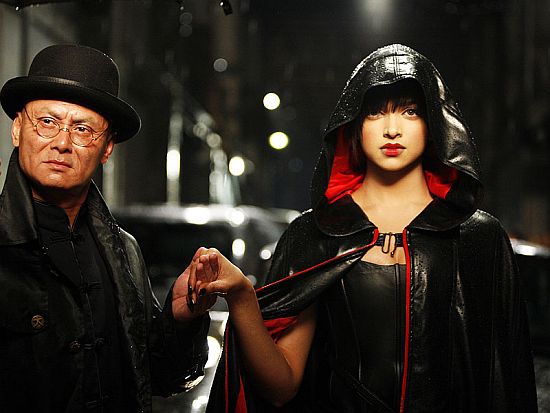 Almost four decades later, a comedy from Bollywood offers a 21st-century view of China—a spoof featuring a bumbling, unsophisticated Indian hero amid the lyrical quality of Chinese martial arts. From Chandni Chowk to China, or CC2C, in 2009 was the first Bollywood film shot on location in China. The film opens with a long shot of the Great Wall, and zooms into a sequence of traditional Chinese sword-fighting. At the start, Genghiz Khan is mentioned with reverence as China's most accomplished warrior.

The Chinese villains are sophisticated, albeit cruel and ruthless; there is racial stereotyping of both sides, yet the characters in the film are not racially or politically biased against one another. Both sides have dubious, less-than-noble characters, a departure from previous Indian films.

While the scars of the 1962 Chinese betrayal remain, the national psyche has recovered sufficiently to portray Chinese in a fuller manner. Some are evil, some are good and some are simple folk just trying to get on with day-to-day lives. The Indian hero is portrayed as a buffoon against the sophisticated Chinese villain, yet sincerity wins out in the end. At the same time, the film displays appreciation of the martial arts of China, the country's refinements in traditional medicine, and friendship between the two peoples, embodied in twins Sakhi and Suzy, born of an Indian mother and a Chinese father. The ability of Bollywood to project beautiful aspects of Chinese culture onscreen reflects the confidence of India as a nation in the 21st century.

Should the soft power of Bollywood continue, as stated in 2012 by the Chinese ambassador to India, and the attitudes portrayed in CC2C prevail, there is hope that the latest disputes can be resolved in a spirit of friendship and mutual respect rather than hostility.

Coonoor Kripalani is honorary institute fellow at the Hong Kong Institute of Humanities and Social Sciences, Inc., the Centre of Asian Studies, The University of Hong Kong, and author of numerous articles on Hindi film, including “Reading China in Hindi Film—Three Points in Time: 1946, 1964 and 2009,” in Asian Cinema, 2012, and “In Remembrance: Yash Chopra (1932-2012), ” in Asian Cinema, 2013. Coonoor also writes bilingual books in Hindi and English for preschool children. Rights:Copyright © 2013 Yale Center for the Study of Globalization. YaleGlobal Online