Those Who Worship A Family Can't Worship Democracy: Modi

Speaking at a public rally after inaugurating the Rs 11,000-crore Eastern Peripheral Expressway, he said the Congress was "openly" spreading lies for its narrow political gains. 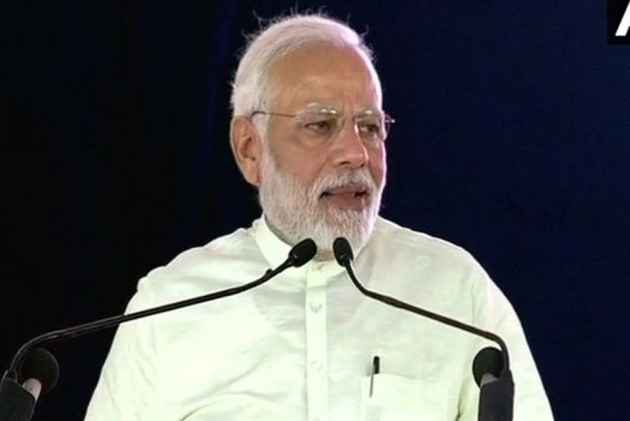 Prime Minister Narendra Modi today launched a scathing attack on Opposition Congress for spreading "lies and rumours" on issues ranging from dilution of anti-Dalit atrocities law to farmer issues, saying people who are used to worshipping a family have started opposing the country in their zeal to oppose Modi.

Speaking at a public rally after inaugurating the Rs 11,000-crore Eastern Peripheral Expressway, he said the Congress was "openly" spreading lies for its narrow political gains.

At the rally, which came a day before by-elections in neighbouring Kairana Lok Sabha constituency, he asked citizens to see who are the people on either side.

"On that side are the people for whom their family is the country. For me, my country is my family," he said.

He attacked the Congress for creating a crisis of confidence by pointing fingers at the Supreme Court, raising doubts on Election Commission and EVMs, eyeing with suspicion the Reserve Bank and its policies and questioning every agency that investigates their acts of omissions and commissions.

"Now they are also seeing the media as biased," he said.

The Opposition, he said, negates the valour of the Army that conducted surgical strikes across the border and questions foreign dignitaries who praise India.

"People have seen how they are spreading lies over an order of the Supreme Court for their narrow political gains," Modi said, referring to an order of the apex court on the verdict on SC/ST (Prevention of Atrocities) Act.

The verdict has been seen, by many, as a dilution of the Act and the government made special efforts to counter such a narrative, he said.

"They don't realise that their lies can create instability in the country," he said. "Be it the law for the prevention of atrocities against Dalits or the reservations for them, they have lied and spread rumours to mislead people."

Modi said a new lie that is being spread is about contract farming attracting 18 per cent Goods and Service Tax (GST). "I want to ask my farmer brothers not to pay any heed to such rumours."

He listed the steps taken by his government for Dalits welfare. "We have made the law on atrocities on Dalits more stringent," he said. "Special courts have been constituted for fast-track hearing of cases of Dalit atrocities."

The government has constituted a commission for sub-categorisation of OBCs and promised to give reservation to most backward classes in educational institutions and government jobs in a time-bound manner, he said.

"The truth is that Congress and its allies either create obstacles or make fun of any work done for betterment of poor and Dalits," he said. "For them development of the country is also a joke."

They think it is a joke when the government gives free cooking gas (LPG) connections to poor women or open bank accounts for poor.

"People who are used to worshipping a family for ages see work done for poor as a joke," he said.