But the Norwegian Nobel committee has ruled out any such move, saying only that the work which led to the awarding of the prize was taken into account. 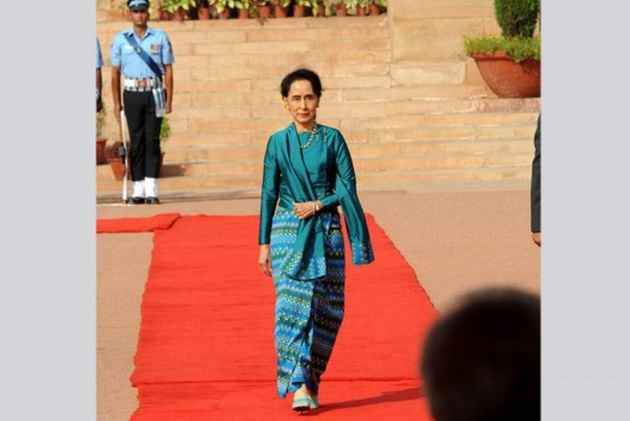 An online petition signed by over 365,000 as of today has urged the Nobel committee to revoke Aung San Suu Kyi's peace prize over the Myanmar government's treatment of its Rohingya Muslims.

But the Norwegian Nobel committee has ruled out any such move, saying only that the work which led to the awarding of the prize was taken into account.

The Change.Org petition has gathered over 365,000 signatures as of today, reflecting growing outrage over a massive security sweep in Rakhine state by Myanmar forces after a series of deadly ambushes by Rohingya militants.

"The de facto ruler of Myanmar Aung San Suu Kyi has done virtually nothing to stop this crime against humanity in her country," the petition says.

Suu Kyi was awarded the prize in 1991, while under house arrest at the hands of Myanmar's military junta, from which she was released in 2010. She then went on to lead her party through the country's first credible elections since independence.

But her government has faced international condemnation for the army's response to the crisis as refugees arrive in Bangladesh with stories of murder, rape and burned villages at the hands of soldiers.

The United Nations said today that about 164,000 mostly Rohingya refugees have escaped to Bangladesh in the past two weeks, meaning more than a quarter of a million have fled since fighting broke out in October.

Suu Kyi lashed out this week at what she called "a huge iceberg of misinformation" over the crisis, "with the aim of promoting the interest of the terrorists".

In Oslo, Olav Njolstad, head of the Nobel Institute, said it was impossible to strip a Nobel laureate of an award once it has been bestowed.

"Neither Alfred Nobel's will nor the statutes of the Nobel Foundation provide for the possibility that a Nobel Prize -- whether for physics, chemistry, medicine, literature or peace -- can be revoked," he told AFP.

"Only the efforts made by a laureate before the attribution of a prize are evaluated by the Nobel committee," he said, and not any subsequent actions.